Do Netflix’s I Think You Should Leave sketches have a deeper meaning? Are they trying to represent someone in pop or political culture? Writers/creators Zach Kanin and Tim Robinson recently addressed this burning question (and more) and revealed the true meaning behind some of the most outlandish sketches.

Many of the I Think You Should Leave sketches are pure cringe comedy. From the hot dog ripping off a clothing store to the baby knowing that you “used to be a piece of sh*t” – comedic details are ripe in every sketch. But is there a deeper meaning? 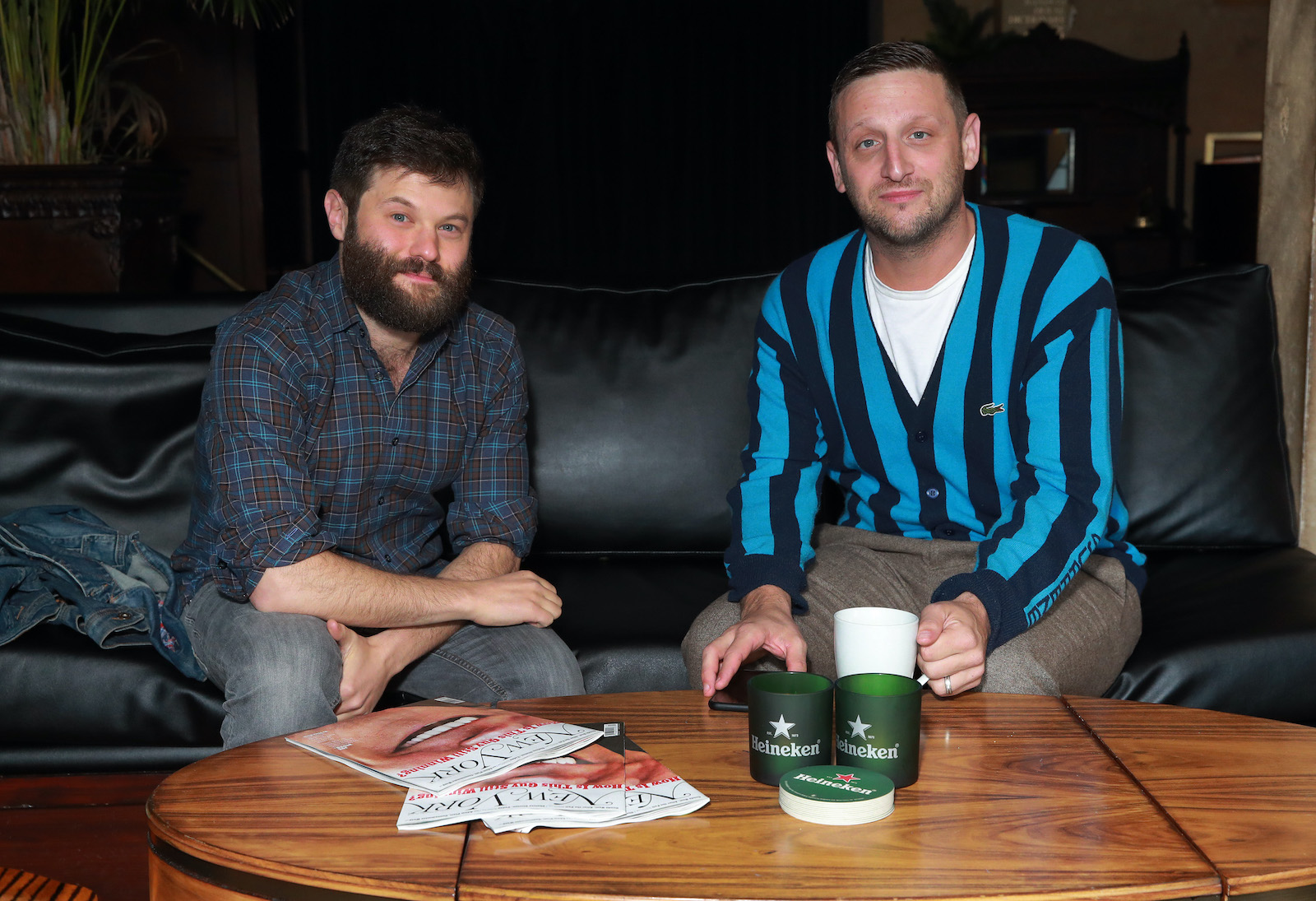 “There’s nothing funnier to us than someone who feels embarrassed or ashamed, and, to save face, digs themselves a way deeper hole and reveals much worse things than you thought at first,” Kanin added.

Are ‘I Think You Should Leave’ sketches about Donald Trump?

Some fans wonder if perhaps sketches were a dig at Donald Trump. Kanin joked that Trump did a good job of embarrassing himself so … But added, “We weren’t, like, ‘Let’s write a Trump character.’”

But some reviewers and fans can see how a few sketches could be dropped into the lunacy of the Trump era. “It’s probably the least topical sketch show of the Trump era,” Vulture pointed out. “Many of its sketches were conceived during Robinson’s tenure as an SNL writer years before Trump’s first political campaign, let alone his presidency. I don’t think you need to read a political dimension into the show to enjoy it, and I certainly don’t think the creators of the show intended for it to be read this way.”

But the writer added. “So many of the scenarios in I Think You Should Leave work as metaphors for the political climate in general, and for Trump’s idiosyncrasies in particular. Critics of Trump-era comedy often say Trump is an impossible person to parody because he is already such a parody of an arrogant, insecure man as it is. It makes sense that many of his traits would show up in a sketch comedy, even if lampooning him was not the intent.”

How do Zach Kanin and Tim Robinson write sketches?

Most of the show is based on their gut as to what is funny (and what is not). “Nothing too set in stone,” Robinson told The New Yorker. “It’s more of a gut check. Zach and I are pretty together on what we like and what we don’t like, and what we feel is too unbelievable. We’re just in synch in what we like, but none of it is set in stone. We can feel what’s right and what’s wrong.”

Robinson added, “We have the Lonely Island guys look at everything and give us feedback. We show our wives a lot, too. Just because we’ll get so lost in the process of editing that we’ll lose perspective. So we’ll show it to our wives at night before we come into work the next day to see if everything is making sense.”

'Below Deck': Chef Rachel Reveals the Menu That Has Charter Guests (and Fans) In Love With Her

Which 'Selling Sunset' Agent Stands to Make the Most Money on the Show?