THIS Morning viewers were shocked today by twins who have spent £140,000 to look like each other.

Stockton siblings Daisy and Dolly, 25, have spent a fortune changing their bodies to look identical after being bullied at school. 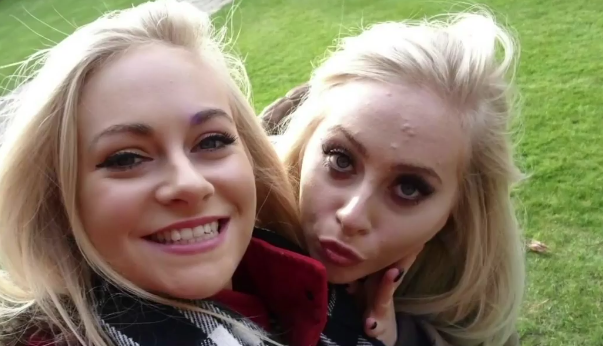 The pair now make £10,000 a month from subscription site OnlyFans after a spell as strippers.

Dolly told Holly Willoughby and Phillip Schofield: "When we go to the surgeon we do try and ask for the same look and get same result."

They began by getting lip fillers aged 18.

Daisy said: "Straight away we liked the way our lips looked when they are fuller. We did think what else can we get next."

Matching nose and boob jobs followed, with the girls booking their surgeries in on the same day.

Despite their bid to look the same they acknowledged their differing bone structures mean it's impossible for that to truly be the case.

The girls are keen to have matching vaginas next. Dolly has already had her labiaplasty – the reduction in size of the flaps on either side of the vagina – but Daisy's hasn't took place yet because of the coronavirus pandemic.

Viewers were saddened by the length the girls have gone to to change their looks.

One wrote on Twitter: "Those twins were so pretty and gorgeous before the surgery."

Another posted: "The twins on @thismorning have totally ruined themselves! They were so beautiful before all their surgeries! WHY do surgeons allow people to go too far?"

A third said: "Twins spent £140k to look identical, but don't look identical. the doctors who are doing these procedures are a disgrace and clearly only thinking about the money and not the mental health of these girls."