In this edition of Theme Park Bits:

Let’s start today’s column in Orlando, specifically in Epcot. Epcot is going through a lot of crazy changes lately, but there’s a couple that are either already occurring or about to happen that are very exciting. First up, who’s ready to get drunk? OK, I’m kidding, but if you’re a fan of Epcot and you’re of legal drinking age, you might already know about the Drink Around the World concept. That’s where you get one alcoholic drink per pavilion in the World Showcase. Now, you can get a bit of booze without drinking at all, with a cocktail-infused popsicle in the Italy pavilion. It’s in one of the pavilion’s food carts, and you can get sangria, limoncello, and other flavors in your booze-sicle. (The picture above is of another wonderful-sounding cocktail, a Dole Whip Lime Margarita at the Polynesian Village Reosrt. Friends: a margarita…flavored like a Dole Whip. The mind staggers.) 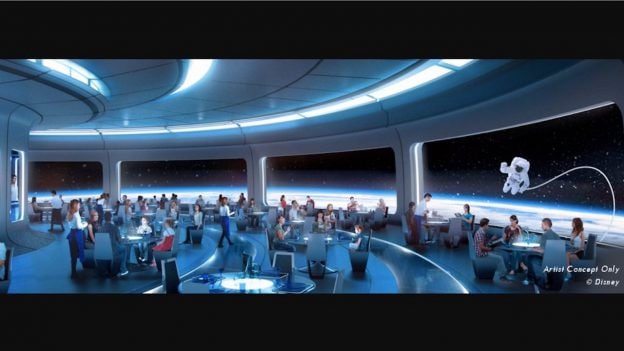 Let’s shift from World Showcase to Future World for our next story. As you may remember, there’s some big changes happening here, and one of them will be unveiled by the end of the year. The new space-themed restaurant is now slated to open by the end of 2019, though a specific date has yet to be announced. The restaurant will open adjacent to Mission: SPACE, and offer more than 1,000 bottles of the world’s finest wines (and there will probably be food, too). Though there’s not much more detail at this time, the possibilities of what this restaurant could be are quite tantalizing. Here’s hoping it’s…out of this world. (Please imagine that I typed that sentence like David Caruso whipping off his sunglasses on CSI: Miami.)

OK, let’s move onto another part of Walt Disney World for our next story. Recall, if you can, that there’s a very popular series of films based on the Pirates of the Caribbean attraction. Of course, while those Johnny Depp-starring movies once made a big amount of money at the box office, their time in the sun has mostly gone away. The most recent film, Dead Men Tell No Tales, was not only quite bad, but not remotely that successful in the States. So perhaps it’s no surprise that, just as at Disneyland, the ride’s movie-related projections of Bill Nighy and Ian McShane as Davy Jones and Blackbeard, respectively, have now gone away according to this tweet. The next question is: will the Audio-Animatronic of Captain Jack Sparrow ever go away? Nothing against Nighy or McShane (both fine actors, both largely wasted in the franchise), but the ride’s much more charming in its original format, sans movie tie-ins.

Heading back to Anaheim, you probably know that Star Wars: Galaxy’s Edge is very, very close to being unveiled to the general public. Its opening day is May 31, and Disney is preparing itself for a crowd control issue of mammoth proportions. That’s why they’re making sure you know about a very important little bugaboo: parking. As you’ll see from the article here, Disney is trying to lower the bar as much as possible on lines; since there’s reservations in place and a new parking lot on the way, you don’t have to line up! Of course…good luck on getting people to not line up for the opening of a highly touted new theme-park land, guys. See how that works out for you. Our suggestion: arrive as early as is logical based on your reservation time, and prepare yourself for long, long, long lines.

Closing today out, let’s stay in Star Wars: Galaxy’s Edge. (Metaphorically speaking, of course. I’m not actually typing this from the new land. …Or am I?) From opening day, one of the presumably very popular parts of Galaxy’s Edge is going to be Savi’s Scrapyard. Don’t let the title fool you, because this is far from a junk heap; instead, this is where any interested parties can encounter the Gatherers who will lead you into a workshop to pass down Jedi lore. Or, in plain English, this is where you can make and buy your own lightsaber. These are going to be hand-built, and since the workshop table only accommodates 14 people at a time, this might be the Disney equivalent of Ollivander’s Wand Shop in Universal Orlando. So get ready to line up for your own shiny weapon!