Home » TV & Movies » 'The Wizard of Oz': Was Judy Garland Really Paid Less Than Toto for Acting in the Movie?

There are so many less-than-favorable stories about the filming of The Wizard of Oz. The iconic film might be one of the most beloved of all time. But getting the movie made meant a lot of pain and torture for the cast.

One of the most abused actors on The Wizard of Oz also happens to be person in the lead role. Judy Garland, who portrayed Dorothy Gale, endured a lot of harsh treatment during filming. Adding insult to injury, there’s a commonly held belief that the 17-year-old was paid less for her work than the canine actor who played Toto.

But is that rumor true?

Dorothy wasn’t the only actor in The Wizard of Oz who endured unfavorable treatment. All of the cast members were expected to film for long hours with little sleep. Garland said she and her castmates were given “pep pills” to keep them going.

“They’d give us pills to keep us on our feet long after we were exhausted,” the actor once told biographer Paul Donnelley, according to Biography. And those pills pulled double duty. Because the studio execs were terrified of Garland looking too old or too heavy for the part, they also pushed diet pills on her and kept her on a restricted diet.

Apparently, they also used wardrobe tricks to keep Garland’s developing breasts hidden and make her appear younger. And even that wasn’t enough. Her performance and appearance were constantly being criticized while filming The Wizard of Oz. There’s even record of director Victor Fleming slapping her for giggling too much during a scene.

Judy Garland was paid less than her male co-stars 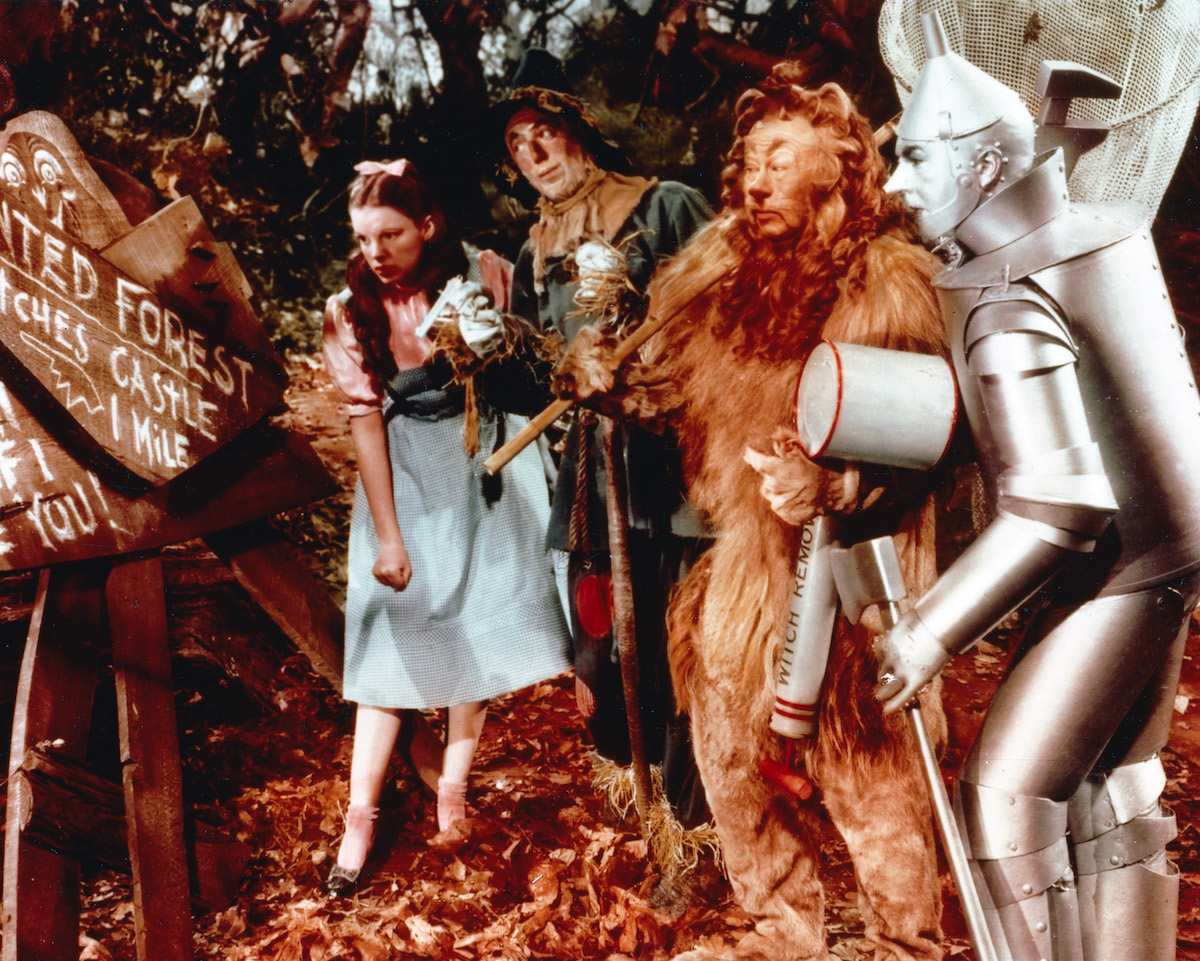 Back in 1939 when The Wizard of Oz came out, no one in Hollywood was having conversations about pay equality yet. Garland was younger and less experienced than her co-stars. Still, that’s no excuse for the enormous salary discrepancies.

Despite the fact that Garland was the lead, she only made $500 per week for her work. Meanwhile, Scarecrow Ray Bolger and Tin Man Jack Haley were each making around $3,000 per week, CBR reported. Bert Lahr (Cowardly Lion) wasn’t far behind them at $2,500 per week.

Those salaries probably made it a little easier to endure long hours and high demands on set while making The Wizard of Oz. It doesn’t explain why Garland didn’t get the same courtesies extended to her.

With all the terrible stories that came out of filming The Wizard of Oz, it wouldn’t be surprising to find out Toto the dog made more money than she did. But thankfully, this rumor is just an urban legend. The dog who played Toto earned $125 per week compared to Garland’s $300 per week.

Terry was a 5-year-old Cairn Terrier and also one of the last actors cast in the movie. Apparently, directors spent a long time hunting for a dog who looked just like him and had a lot of trouble finding exactly the right match. If his owners had known about the casting struggles, they probably could have asked for more money.

Terry even endured an on-set injury when his paw got stepped on during filming. It was all par for the course during the making of The Wizard of Oz.

How Does 'Outlander' Author Diana Gabaldon Feel About That Huge Murtagh Twist?