The Walking Dead season 10 has almost reached its next milestone with the series finale due to air on AMC in April. However, fans were left disappointed to hear the final episode of the series will be delayed amid the coronavirus outbreak. Here is everything you need to know about why the series has been delayed and when the final episode will air.

When will The Walking Dead season 10, episode 16 be released?

WARNING: This article contains spoilers from The Walking Dead season 10

Fans have been watching the latest series of The Walking Dead from the edge of their seats as the action is heating up.

The evil Alpha (played by Samantha Morton) was brutally killed off at the hands of Negan (Jeffrey Dean Morgan) in one of the latest episodes.

The much-loved Michonne Hawthorne (Danai Gurira) returned to the series for a special episode before saying goodbye to the cast for good.

The next episode called Look at the Flowers will air on Sunday, March 29 at the usual time of 9pm on AMC. 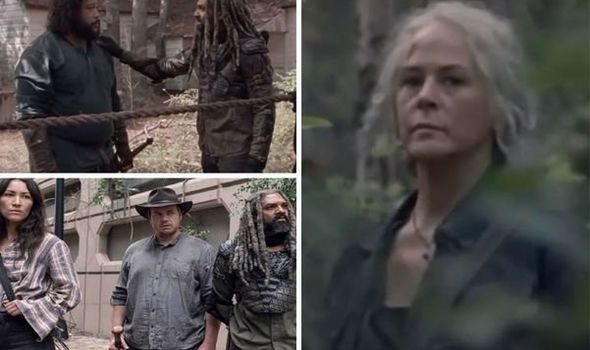 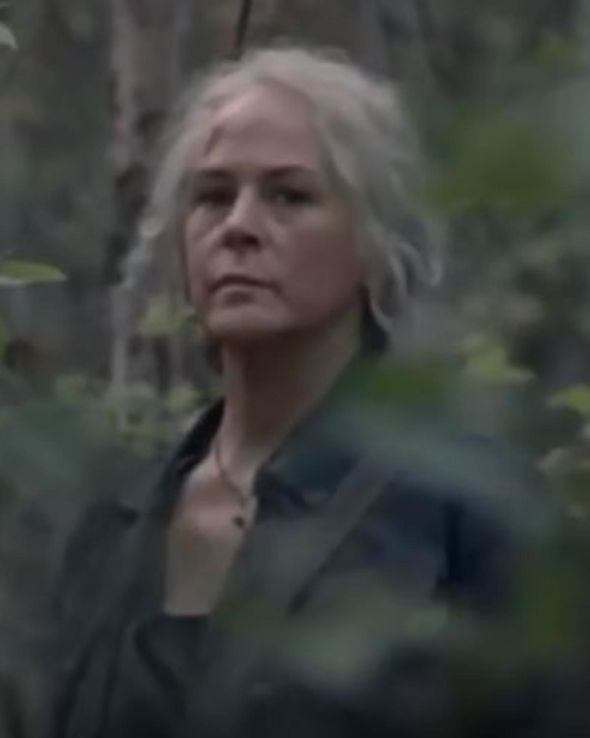 Episode 15, the penultimate episode called The Tower, will then air the following Sunday on April 5.

But beyond this, there is no knowing when the final episode will air as post-production is halted due to the coronavirus outbreak.

AMC announced on March 24 the season finale will not air at its scheduled time, and will now be broadcast later in the year.

In a tweet AMC Networks said: “Current events have unfortunately made it impossible to complete post-production of The Walking Dead season 10 finale.

“So the current season will end with its 15th episode on April 5. The planned finale will appear as a special episode later in the year.”

They included a poster which showed Daryl Dixon (Norman Reedus) looking very pale among a group of walkers. 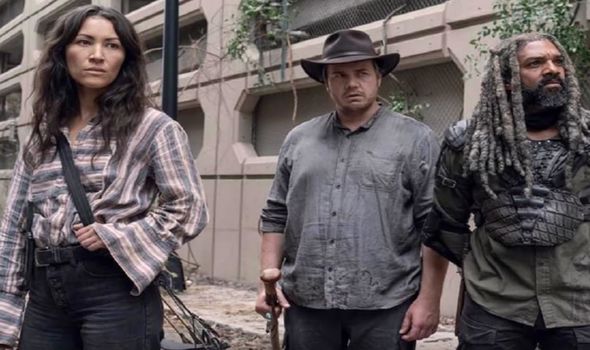 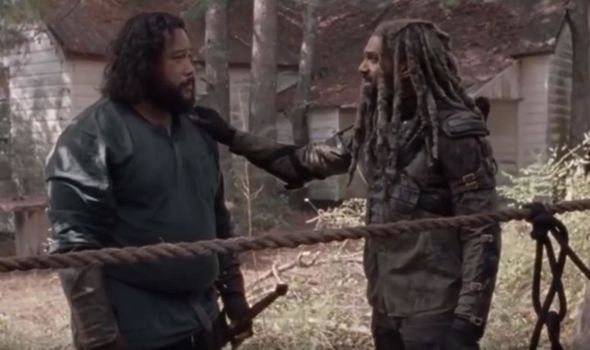 The network followed the tweet up by saying: “The first eight episodes of The Walking Dead season 10 will be available for free on AMC.com and the AMC app, immediately following the last season 10 episode on Sunday, April 5 through Friday, May 1.

Some fans were understanding of the situation but others showed their disappointment at the delay of the final episode.

One fan said: “So I have to wait how many months for one episode? And I thought TV show seasons were done and finished by the time said season airs, not still working on them two episodes before the finale.

Another fan said: “At least we still get to see it,” and used a heart emoji to show her appreciation.

The Walking Dead crews have already postponed pre-production of season 11 as most of the TV world has witnessed a lockdown due to restrictions during the coronavirus pandemic.

The global pandemic has also taken its toll on AMC’s spin-off series Fear the Walking Dead, which is in production for the sixth season.

AMC has predicted April 13 to be the return date for production on the latest series.

Last week the network said it would also be postponing the launch of the spin-off The Walking Dead: World Beyond which was due to drop on April 12.

There is no start date for the new series, with AMC saying it will air later this year.

In the previous episode of The Walking Dead, titled What We Become, Michonne found some signs her beloved Rick Grimes (Andrew Lincoln) was still alive.

Virgil (Kevin Carroll) turned on Michonne and gave her drugs which made her hallucinate and see ghosts of characters who were long dead.

While in captivity on the island she found a clue which indicated Rick was still out there somewhere, and she had hope.

The Walking Dead Twitter account tweeted: “As much of a bummer as the delay is, we can promise #TWD 1016 will be an epic, action-packed thriller with plenty of surprises.

“Well worth the wait in our opinion.”

The Walking Dead season 10: Maggie Rhee is the reason behind Dante’s betrayal – here’s why