Mia Love will be the first guest host, with Condoleezza Rice, S.E. Cupp and Gretchen Carlson appearing over the next few months 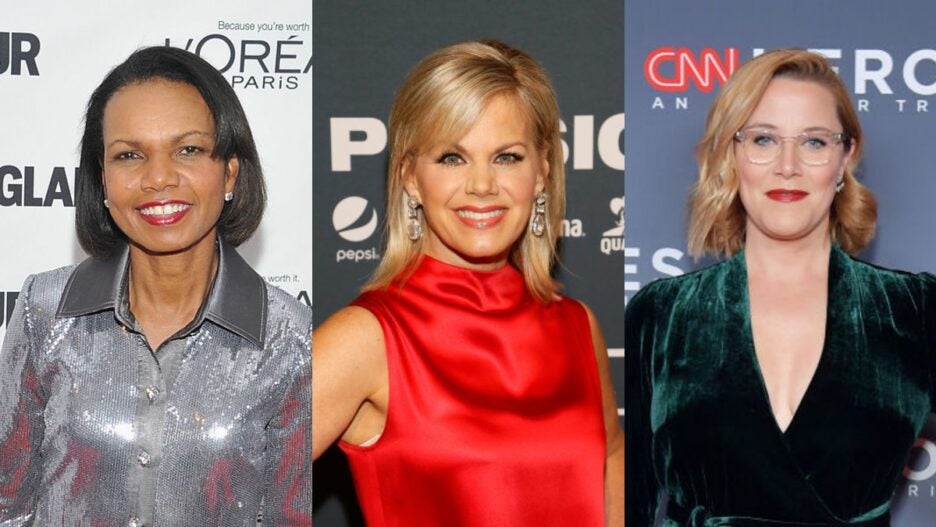 “The View” will fill Meghan McCain’s slot with a rotating cast of guest conservative co-hosts when it returns for it 25th season next month.

First up will be former Utah congresswoman Mia Love who will join moderator Whoopi Goldberg and co-hosts Joy Behar, Sunny Hostin and Sara Haines for the first week, which begins Sept. 7. This will be the first time all co-hosts will be in the studio together since March 2020.

Meghan McCain left the show after four seasons. Her last episode was in August.

“25 years is such an incredible milestone,” said executive producer Brian Teta. “We have so much planned to honor this amazing platform that Barbara Walters created. I can’t think of a better way to kick off that celebration than by welcoming the co-hosts back to the iconic View table and to have them in front of a live studio audience again. We have some truly exciting plans to celebrate this anniversary all season long. We’ll be inviting back all of our legendary lineup of former View co-hosts to guest as well as ‘taking a little time’ to find our next permanent cohost to join the panel.”

Vanderpump Rules Star Jax Taylor Honors His Late Dad on Father’s Day: 'I Miss You So Much'

'Big Brother 23': Will the Season Have a Live Studio Audience and Evicted Houseguests Wearing Masks?