The Masked Singer US: William Shatner reflects on show

The new season of The Masked Singer arrived on FOX with a bang on Wednesday evening as not one, but three famous faces faced being axed from the much-loved singing contest. In a shake-up to the show’s format, only one act can progress from a group of four, meaning the premiere saw Hedgehog, Knight and Hummingbird all bite the dust.

But in another shake-up, FOX bosses decided to add a cliffhanger into its shows, meaning fans only learnt the identities of two of the acts.

Knight was unmasked as Star Trek legend William Shatner while Hedgehog removed their headpiece to show it was Monty Python’s Eric Idle singing underneath.

The celebrity under Hummingbird’s mask, therefore, remains a mystery until next – although a number of fans are convinced they’ve already sussed out who’s the performer. 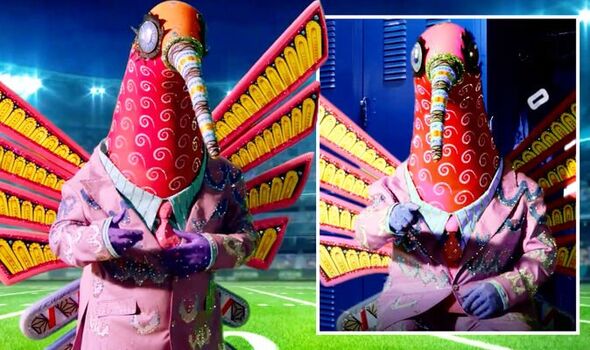 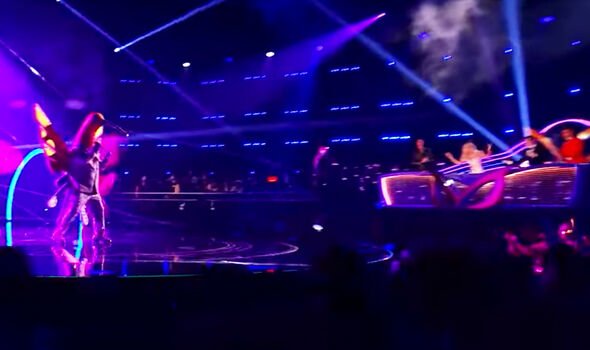 But none of these is who the majority of The Masked Singer fandom expect to be under the mask.

Redditor u/thericecar asked fellow members of the fandom for their thoughts, and there was one name who emerged among the rest.

While u\hookboysb expanded: “Chris Kirkpatrick. The football clues are mostly a misdirect, but also a reference to NSYNC’s Super Bowl halftime show appearance. 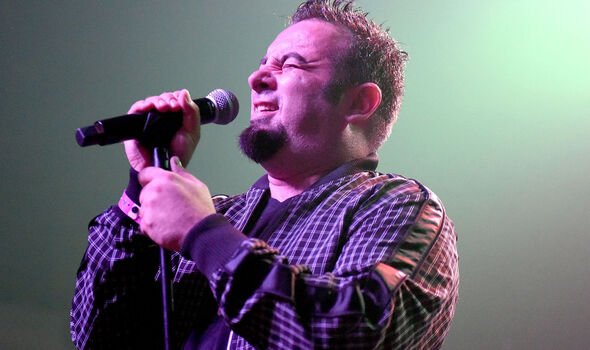 “NSYNC formed in Orlando while Shaq was playing for the Magic. They recorded their first album in a studio at his house,” they added.

While u/MotherBike weighed in: “If it’s not Chris Kirkpatrick it’s a wrestler, particularly someone from the RAW era as a lot of those belts are silver.”

And this was echoed by fans on Twitter, with @BustaBusta concurring: “Chris Kirkpatrick thought he was sooo sneaky with his clues, but I figured them out easily because I’m way too big of a Chris fan lmao. I’ve got zero doubt that he’s the #HummingbirdMask.”

With @Gerrish1617 agreeing: “The Hummingbird is 100% Chris Kirkpatrick. No question. #TheMaskedSinger.” (Sic)

Born on October 17, 1971, Chris Kirkpatrick is a 50-year-old singer and performer best known for his time alongside Justin Timberlake in the pop band, NSYNC.

He also provided his vocal skills to the small screen, performing as a voice actor in Fairly OddParents, Stripperella and on-screen in Angie Tribeca.

Fans will just have to wait and see to discover whether or not Chris is indeed the performer under the Hummingbird’s disguise.

In the meantime, William Shatner has spoken out on what his experience on the FOX series was really like.

“I took away one of the more unusual experiences I’ve ever had,” he told Entertainment Weekly.

“The truth of the matter is, my memory of everything there is clouded by how awkward and painful the situation I was in was.

“And the funny part is, that I had talked to a friend of mine that had been on the show before. And he said it was the worst experience of his life. I said, ‘Oh, come on. You never had a baby.’

“And now I realised he’s right. It was tough. That wardrobe was tough. And I think that’s part of the show. Part of the fun of The Masked Singer is how awkward everybody feels.”

The Masked Singer continues Wednesdays on FOX in the USA. A UK release date is set to be announced.

Death in Paradise star Ralf Little fights back tears as he gets heartbreaking news on Who Do You Think You Are? | The Sun