Alexander Dreymon thanks fans as The Last Kingdom wraps

The fifth and final season of The Last Kingdom introduced another formidable Viking warrior, Rognvaldr (played by Micki Stoltt), the brother of fan-favourite Sigtryggr (Eysteinn Sigurðarson) into the epic story. Although Micki’s character was kept alive, potentially for one last appearance in Netflix’s upcoming film Seven Kings Must Die, he may not have much fight left in him after being tortured with burning hot iron.

Micki confirmed suspicions when he revealed Rognvaldr’s trial was the hardest scene he had to film during his time on The Last Kingdom.

At the start of the final season, Rognvaldr is exposed by his brother when Sigtryggr realises he has come to his stronghold to overthrow him and his wife Stiorra (Ruby Hartley).

Having uncovered his scheme, which could have crippled his ally Uhtred of Bebbanburg (Alexander Dreymon), Rognvaldr is subjected to an excruciating punishment.

“It was definitely the most challenging scene ever,” Micki said of Rognvaldr’s trial, before joking he actually took part in the ordeal for real. 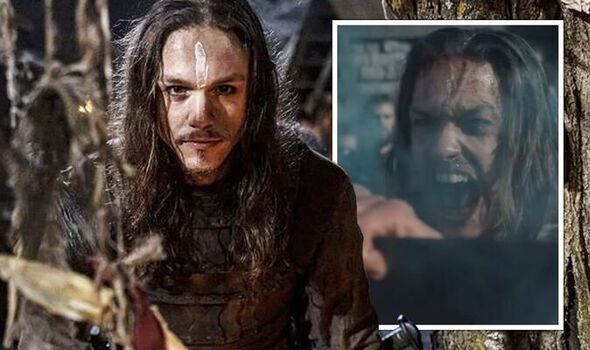 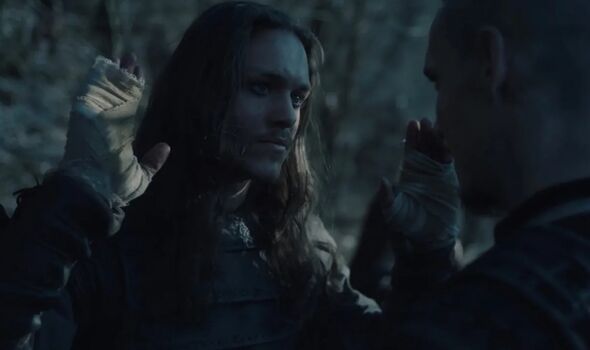 “Have you ever been carrying a boiling hot iron rod?” he laughed. “No, but it was one of my most challenging scenes, definitely.”

As punishment for his allegiance with Brida (Emily Fox), Rognvaldr is made to dip his hands in boiling water and carry a piping-hot metal rod for nine steps.

He’s given three days to heal, whereupon Sigtryggr would know whether or not the gods have forsaken his brother.

“For me, there were many things to it,” Micki explained on the Screen Chronicles Podcast. “It was a highly emotional scene, to go in and make a pain like that believable.” 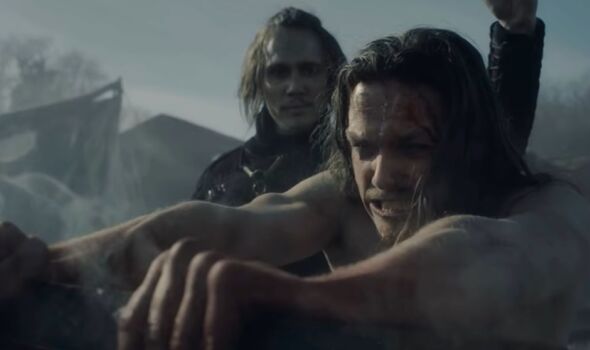 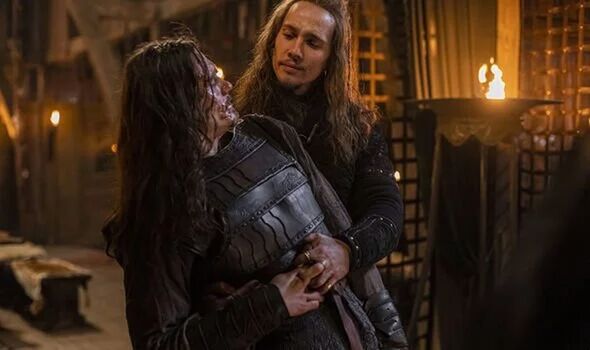 “I just read it on paper. And having a trial where he puts his hands into boiling water and afterwards carries this hot iron for nine steps. And he’s about to lose his grip and about to be slaughtered.

“There are so many things before, as well. It’s like, he has this, of course, emotional connection because not only is this happening but it’s his brother who’s in charge of it.

“And he is the one who is going to kill him if he fails. And this was also really a thing where, to me, it shows his strength.”

Rognvaldr made a brief yet incredibly impactful appearance in The Last Kingdom’s final season, highlighting the brutality of the medieval Vikings and their beliefs.

Micki also leapt at the chance to create a layered and compelling character and was determined to portray the warrior’s determination throughout his punishment.

“To me, this is one of the only few times where it really shows Rognvaldr’s strength,” he continued.

“Throughout the rest of this season, he’s kind of cowardly. We don’t really know, like, can he really fight? Can he not fight?

“We see him sneak away so many times. So I wanted to show his strength but also that it was really immensely painful. This was, like, half a day of shooting.”

Importantly, the trial took place across multiple episodes, so Micki was well aware of how vital it was to make sure his performance was believable.

He explained: “It was unique because we were ending an episode and beginning the next one.

“So I knew this would have to be something that needed to catch the audience, because if they saw the last picture of me and thought, ‘I don’t believe that. I don’t believe that’s hot’… You want people to want to see the next episode.

“In the end, it’s my emotions, so if they don’t have anything to cut to…”

Despite enduring one of the most painful challenges throughout all of The Last Kingdom, Rognvaldr was mercifully spared, potentially setting up a future appearance in Seven Kings Must Die.

The Last Kingdom seasons 1-5 are available to stream on Netflix. Seven Kings Must Die will be released in 2023.

Kid Rock 2022 Superspreader Tour: How can I get tickets?