Home » TV & Movies » 'The Handmaid's Tale': Why Did Tuello Make That Terrible Deal with Fred Waterford?

In episode 9 of The Handmaid’s Tale, U.S. agent Mark Tuello deals a major blow to June (Elisabeth Moss) when he reveals Fred Waterford (Joseph Fiennes) will walk free. But knowing how dangerous the Commander is, why did Tuello make the deal?

[Spoiler alert: This article contains spoilers for season 4 episode 9 of The Handmaid’s Tale.] 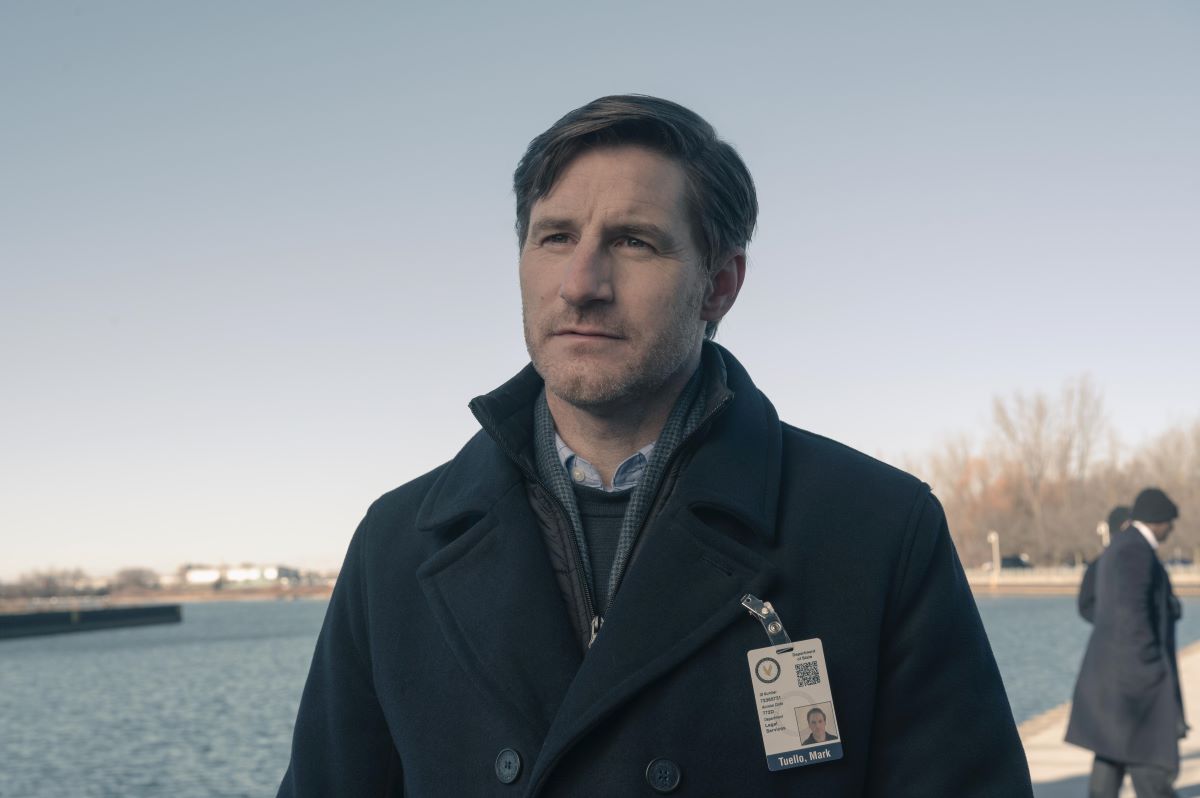 In the June 9 episode of The Handmaid’s Tale, Fred and Serena Waterford (Yvonne Strahovski) get a visit from their old Gilead pals, Commander Warren (Stephen Kunken) and Naomi Putnam (Ever Carradine). When talking to Serena, Naomi offers to take her baby back to Gilead in case she winds up in jail.

And in his chat with Fred, Warren makes it clear that Gilead no longer has an interest in the Commander. He also reveals that they aren’t planning to do anything to help him.

Realizing they’re out of options, Fred and Serena decide to make a deal with the Canadians and Americans. And this news comes to June via Tuello.

He tells the former handmaid that Fred will walk free after he dishes on all of Gilead’s military and political plans. But upon hearing the news, June is irate. She asks Tuello how he could let her rapist go free, and then assaults the agent and threatens to kill him.

So why Tuello make the deal with Fred?

On the surface, it seems pretty clear cut that Tuello made the deal with Fred for political reasons. He admits that he’s using Fred — a small fish — to catch the bigger fish in Gilead.

But there’s also a question of his relationship with Serena and the paternity of her baby. If he truly has feeling for her, which it seems, he may have made the deal so she can stay in Canada. And if her baby is Tuello’s, as some fans have theorized, he may just want their child to be nearby.

But as some fand of The Handmaid’s Tale pointed out, this isn’t the first time a politician has let June down. And this is more of a power move on Tuello’s part than anything else.

The Ambassador of Mexico did not help June,” one Reddit user wrote. “Neither did the Swiss diplomats. I am not surprised about Tuello because politicians gonna politick. The Waterfords and June are interchangeable to him. His goal isn’t taking down Gilead as much as it is getting power back into the hands of America.”

“I’m not surprised because his main goal is bringing down Gilead at all costs,” another Redditor added. “Even if that means a few casualties, so to speak.”

Another fan noted that the show hasn’t revealed much about Tuello’s life. And this makes it hard to decipher where he’s coming from.

“We are never told exactly who he is,” a Reddit fan shared. “He did tell Serena in the bar that he was not from the embassy. Presumably, he was FBI or CIA before the Takeover. One should also remember he was part of a security apparatus that did not [prevent] the government from being overthrown.”

Shock split for Emmerdale's Nicola and Jimmy as Juliette destroys their family?