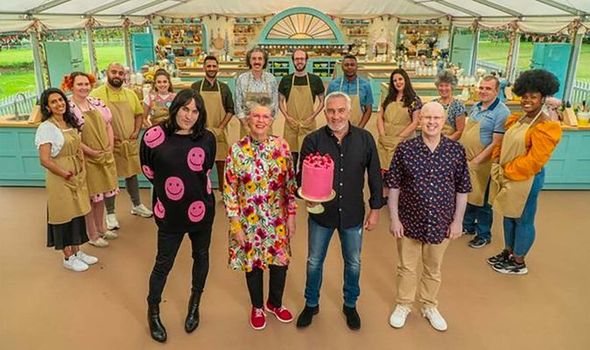 From avid bakers to those who just like drooling over all the cakes and treats, the show allows viewers to escape reality for an hour and enjoy watching hopeful bakers compete to stay in the famous tent. Yet with any popular TV show comes a lot of numbers behind the scenes.

1 ‑ Producers will bake one Victoria sponge every day to test the ovens before filming. That means that the crew get to snack on even more cake.

2 ‑ Paul Hollywood and Prue Leith judge the show together alongside two presenters, Noel Fielding and Matt Lucas, who are sure to provide plenty more laughs in this series.

3 ‑ Each episode features three rounds ‑ the signature, technical and showstopper. The signature allows bakers to display their most-trusted recipes while the technical challenges their baking abilities. Finally, the showstopper gives bakers the chance to create something that tastes as it looks.

8 ‑ The show starts at 8pm on Channel 4 on Tuesday September 21 and will be aired weekly.

10 ‑ The series is filmed over a period of 10 weeks with filming at weekends.

12 ‑ There have been 12 series of The Great British Bake Off and each starts with 12 contestants with one eliminated every week to determine the best baker.

16 ‑ Filming can take up to 16 hours a day which is all packed up into a one hour programme.

20 ‑ There’s usually up to 20 ingredients for each challenge, with usually a minimum of 12, but it can sometimes be a lot more depending on the intricacy of the bake.

27 ‑ The Great British Bake Off isn’t just in the UK, there are 27 international versions of the show including The Great Australian Bake Off, The Great Canadian Baking Show and The Great American Baking Show.

50 ‑ Around 50 crew members work on the show, who most definitely eat all the leftovers ‑ lucky them!

60 ‑ Each episode is 60 minutes, with the final being a little bit longer to crown the winner.

124 ‑ The record number of ingredients used for a bake is 124 by contestant Frances Quinn, with a three-tiered cake inspired by Shakespeare’s A Midsummer Night’s Dream. Each of the cake’s three tiers was said to represent one of the play’s three plots, including a ginger base, a lemon drizzle sandwich middle and a carrot and pineapple top.

144 ‑ There have been 144 contestants on the show, with the winner of the eleventh series being 21-year-old Peter Sawkins from Edinburgh.

160 ‑ There is no dishwasher on Bake Off because the noise would disrupt filming. Instead, home economists spend a whopping 160 hours washing up everything by hand ‑ we don’t envy them.

9.4 million ‑ The Great British Bake Off is pretty popular with a record-breaking audience of 9.4mllion during the series 10 launch.