Home » TV & Movies » 'The Blacklist' Season 9: This Might Be the Only Story to Save the Series, According to Fans

While fans eagerly await The Blacklist Season 9 premiere, there’s no shortage of theories as to what might come. For eight years, the hit NBC crime drama has amassed dedicated fans around the world. One glance at the hundreds of elaborate discussion threads, and it’s clear that everyone wants the show to succeed. Among the more popular theories, there’s one that could redeem the confusion of the season 8 finale “Konets.” 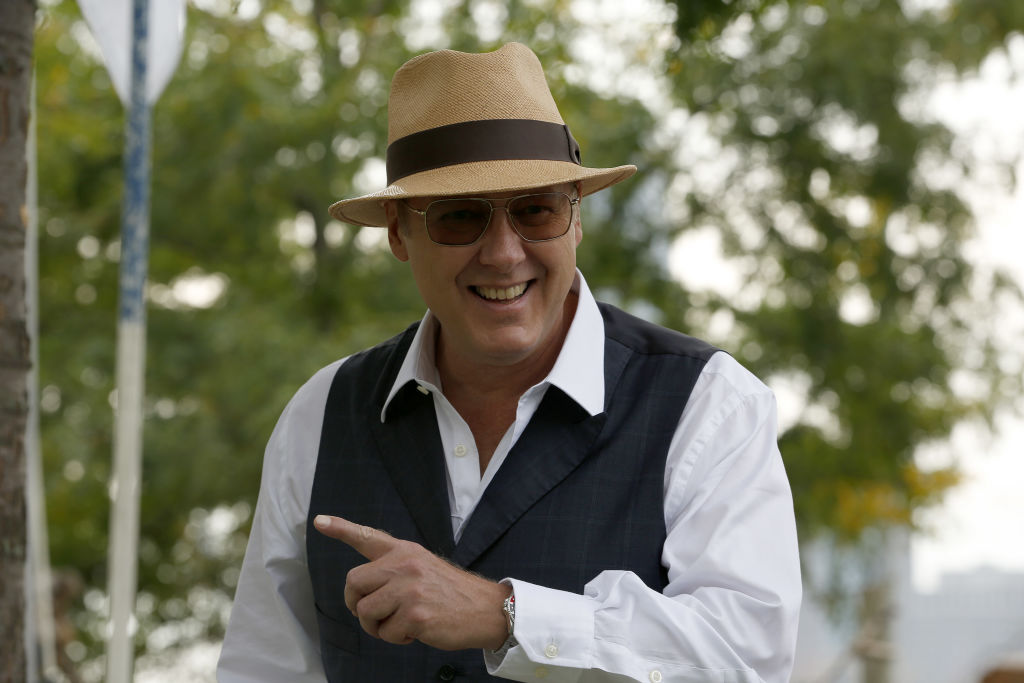 Season 8 was among the most divisive in The Blacklist‘s eight-season run. The final three episodes filled in plenty of mythology, backstory, and possible answers about Raymond Reddington’s (James Spader) identity. While some might say the season was successful, others disagree.

“Godwin Page,” “Nachalo,” and “Konets” allowed fans to come to their own conclusions about what’s real and what isn’t, but is that a good thing? Just after a partially-animated season 7 finale (amid the heart of the pandemic), season 8 had a lot of pressure to perform.

Production delays, the death of Brian Dennehy, and having to toss season 7 episodes into season 8 led to, as some say, a confusing storyline and inconsistent character development. The debate that continues to rage has little to do with the entirety of season 8 and more to do with the less-than-blunt revelation about Reddington’s identity and the story of Katerina Rostova.

The “Rederina” theory, the biggest theory, concludes that Raymond Reddington is the real Katarina Rostova — Liz’s birth mother. Some agee but others vehemently oppose the idea, pointing back to previous seasons of storyline inconsistencies that don’t connect.

The series has already shown memory altering, surgeries, vague confessions that don’t exactly reveal a singular truth. Spader himself previously suggested things might not be as they appear.

“Like many things in our show, a lot is driven by misinterpretation — not only for the characters but sometimes for our audience,” he said in part via Fab TV. “We’ve had arcs in our show … where it’s driven by that fact that someone felt they knew about something, and they were simply wrong about it. Or they just had a misunderstanding.” He later continued: “This season really has a sort of concentration of misinterpretation.”

All of that said, how can season 9 move forward without disrespecting fans?

Here’s the storyline fans say could save the series

If you ask fans how to save The Blacklist from cancellation, you’ll get a dozen different theories. The show has garnered a loyal fan base that spends hours dissecting a single episode for some conclusion. The exits of both series creator Jon Bokenkamp and star Megan Boone left holes writers will have to workaround. Some might believe the only direction should be a clean slate, but others think there’s a simpler answer.

“Throw everything out the window and make it a prequel about Red’s rise to power,” one Reddit fan suggested.

There are several reasons this idea works. First and foremost, the star of the show is Reddington. Many tune in solely for Spader’s performance as the criminal informant. His past and identity remain the biggest mystery of the series and, even without Liz Keen, it could be that much more interesting to see the genesis of it all.

Also, it’d be interesting to see how and why Reddington became involved with so many of the world’s worst villains. He was on the run for 20 years. What did he do all that time? His so-called rise to power didn’t just happen. A final season prequel or spinoff (unlike The Blacklist: Redemption) could give Reddington’s journey a new lens.

Other possible directions for the series

Ahead of season 8, Bokenkamp previously hinted that things would end in a big way.

“It’s a great evolution of the series and one that’s been a long time coming,” he previously told Entertainment Tonight.

Those ambiguous revelations were definitely a long time coming, but don’t exactly set up a successful season 9 — unless writers do something unexpected. We want to think they have an outline mostly mapped out despite Bokenkamp and Boone’s exit, just as was revealed before their departures.

“In the same way we look at a season, we’ve thought about the whole series and we’ve had conversations with everyone involved,” Bokenkamp told Vulture in 2018. “We definitely have an end game in mind, but we’re certainly in no race to get there. It would be impossible to write the show if we were just making it up.”

He continued: “Oftentimes these things take time. We don’t always know exactly when that character’s going to reemerge or where that storyline will come back, but there is a bible in our writer’s room that tracks every character, every plotline. If we didn’t have our endgame in mind it would be very difficult to tell the story we’re telling.”

Could there be a prequel in the series future? We’ll have to wait and see.

The Blacklist returns on Thursday, Oct. 21, to NBC.