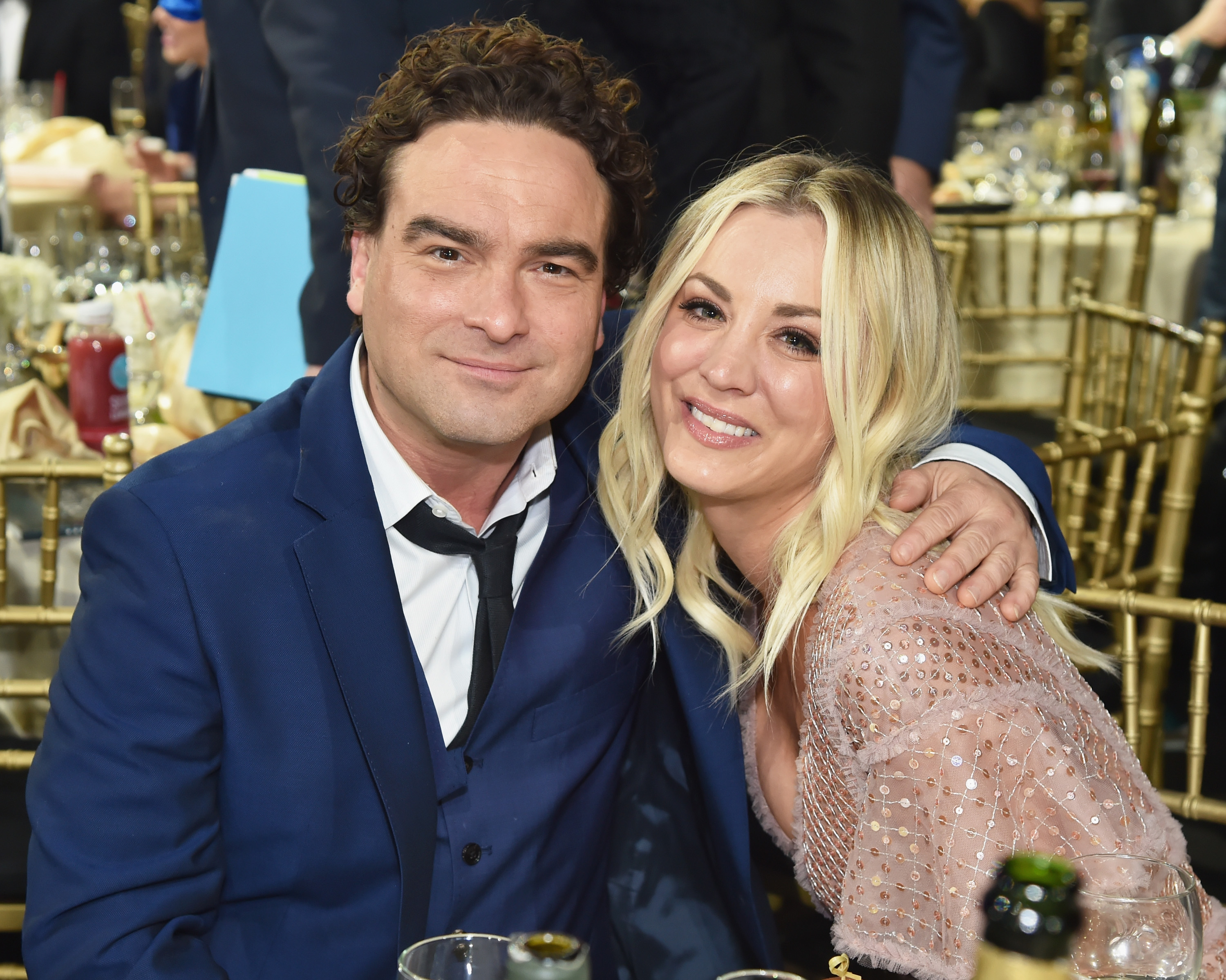 As love blossomed on screen in The Big Bang Theory, Kaley Cuoco and Johnny Galecki decided to keep their off-screen romance a secret.

At the conclusion of the first season of the series back in 2007, Leonard and Penny shared a kiss, setting in motion a storyline between the pair that would culminate in them revealing in the finale more than a decade later that they were having a baby.

But around the time of that first kiss, actors Cuoco and Galecki had finally admitted their feelings for one another, but decided to keep the fact they were dating under wraps.

As their on-screen romance unfolded, the pair were also secretly together in real life, but kept their lips sealed.

Their relationship was initially kept from the cast and crew, a detail revealed in the new book, The Big Bang Theory: The Definitive, Inside Story of the Epic Hit Series.

After initially bonding at a weekend retreat in California, Galecki and Cuoco had to work hard to keep their secret during a group trip to Comic-Con.

‘We all had different hotel rooms at Comic-Con,’ Cuoco said in the book, according to Us Weekly.

‘There were two giant buildings for this one hotel and Johnny and I weren’t even in the same building.

‘So we were like little mice in the night, running back and forth to each other’s rooms, trying not to be noticed. I mean, who did we think we were?’

As it was so early in their relationship, they said they hadn’t told the rest of the cast they were dating yet.

Galecki is quoted in the book as saying that during this trip, when everyone was gathered in the hotel lobby each night, ‘Kaley and I would give each other a hug and pretend to say good night, and go our separate ways’.

Eventually, the series’ creator Chuck Lorre found out when Cuoco told him while they were trying to make small talk.

‘This is charming looking back, but I was on a shuttle bus with the cast and I was sitting next to Kaley trying to strike up a conversation,’ Lorre recalls in the book.

In the same book, Cuoco and Galecki spoke about falling in love even before their characters did.

After a fateful scene in an elevator shaft, the pair realised there was mutual chemistry.

‘At that point, both she and I knew that something mutual was felt,’ he said.

‘And that it was going to be more of a distraction from the work to try and continue to ignore it than to actually recognise it and surrender to it.’

While they dated for two years, they eventually ended things in 2010, but have remained good friends.

Just this week, Cuoco announced she was expecting a baby girl with boyfriend Tom Pelphrey.

Galecki has a nearly two-year-old son, Avery, with his ex-girlfriend Alaina Meyer.

The Big Bang Theory: The Definitive, Inside Story of the Epic Hit Series is out now.

Former Love Island contestant claims they get day off every Saturday