I’M A Celebrity kicked off last night with the return of the harrowing high-level Walk The Plank trial.

Hosts Ant and Dec grinned gleefully as terrified contestants inched along boards in pairs 213ft above a disused quarry. 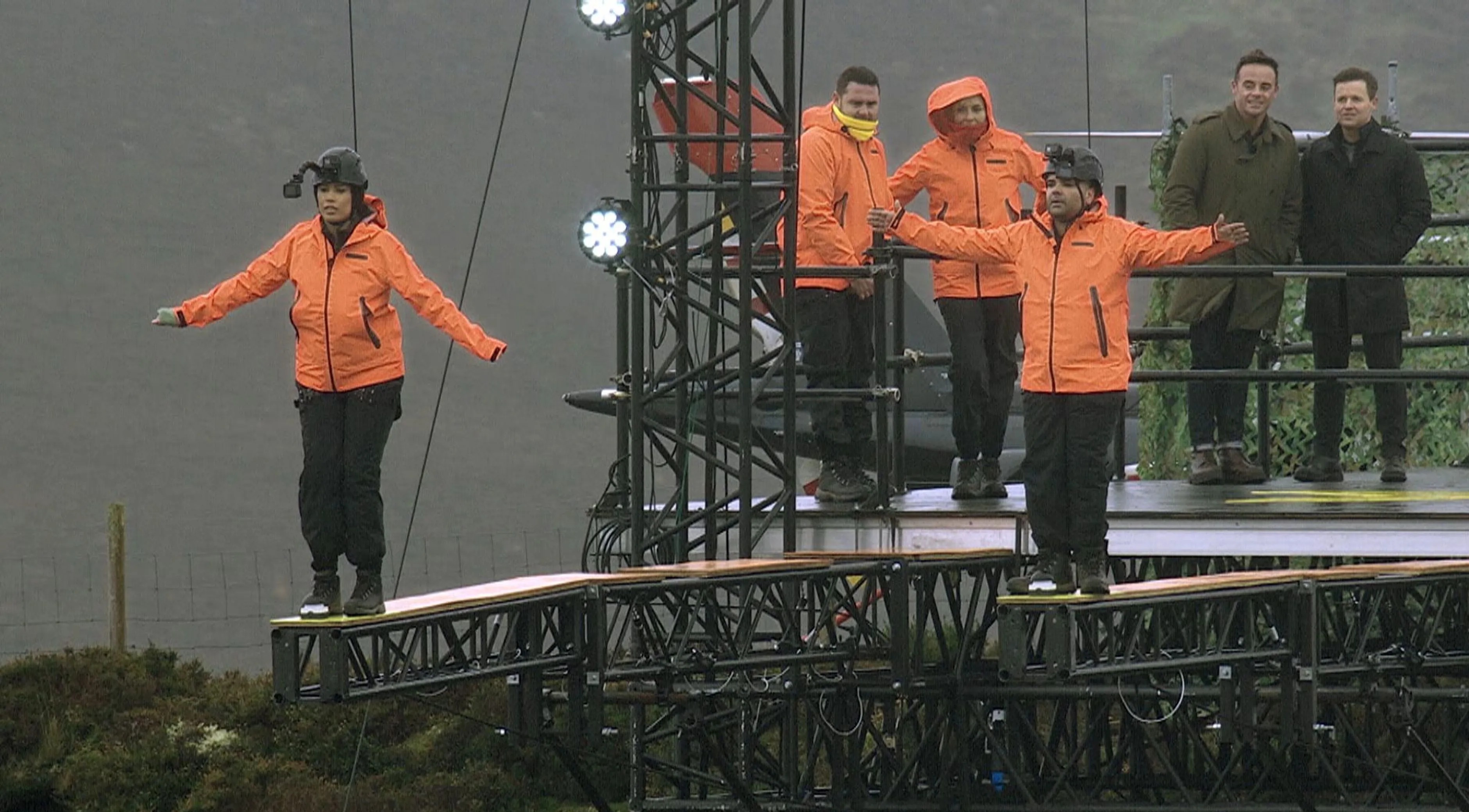 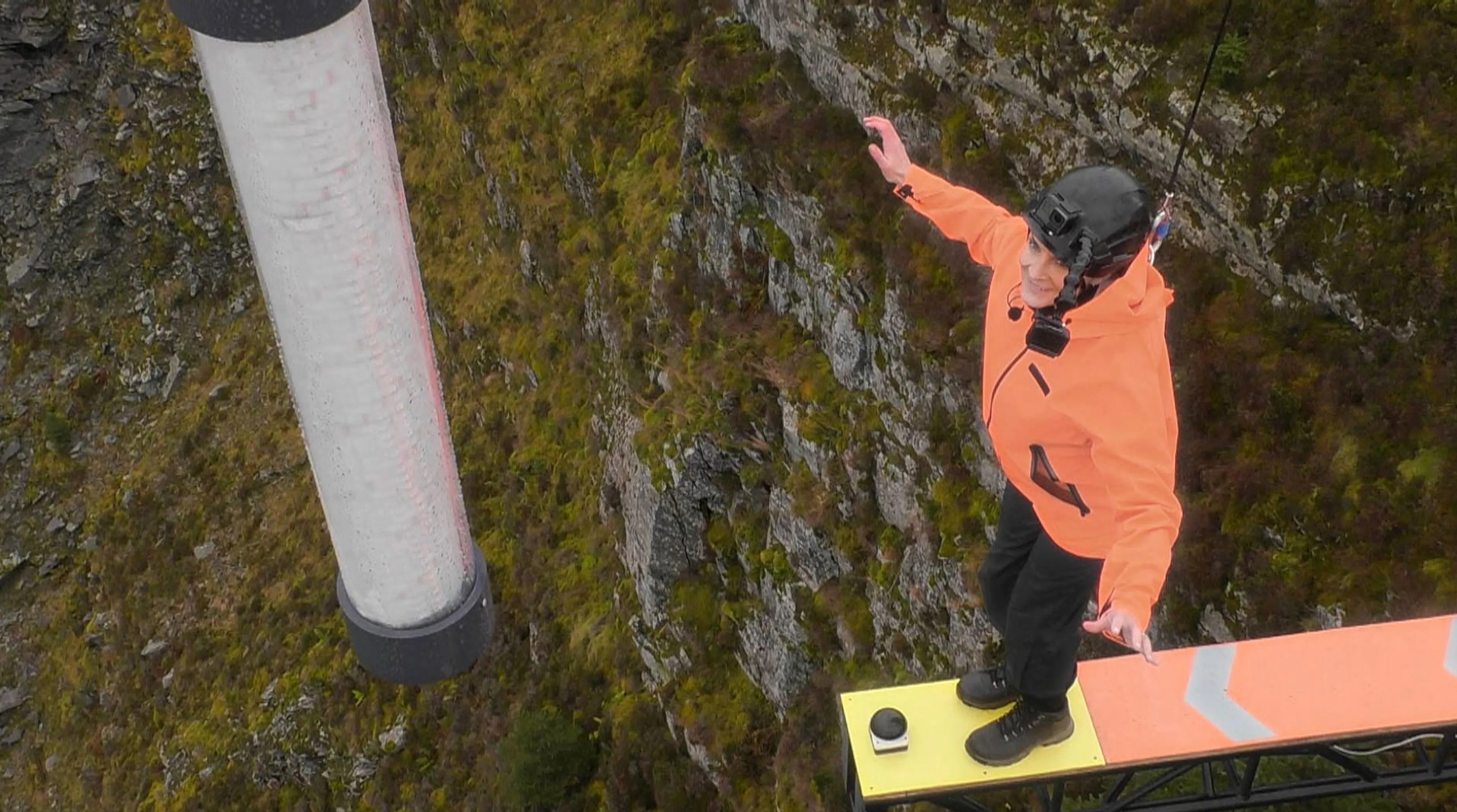 Frightened Radio 1Xtra DJ Snoochie Shy, 29, yelled “I’m gonna drop” as her plank started to wobble when she stepped on it.

Looking nervous, she held her arms out for balance as did music producer Naughty Boy, 36, who was on the other plank alongside her.

BBC Breakfast’s Louise Minchin, 53, and Emmerdale star Danny Miller, 30, had got the ball rolling as the first pair to walk the plank. Worried Louise announced: “I can’t think of many things worse than this right now, it’s terrifying.”

Danny added: “I can’t wait”, to which Ant jokily remarked: “A little bit sarcastic there.”

As he watched the troubled stars, Dec said: “It’s amazing how suddenly walking in a straight line gets so much harder.”

To win, players had to be the first to press a button on the end of the plank with a foot when a green light flashed.

Louise said: “You can’t go against gold medallists, in our opinion.”

Matty and Kadeena took part in the Hell Hole challenge which saw them pull keys through a series of boxes of creepy-crawlies after which the Red Team were allowed to choose their next player.

Frankie and Richard were chosen to take on the Turrets of Terror, in which they raced through bugs and worms to reach the top of a tower to retrieve the key to their Welsh castle base.

She got there first meaning her team avoided being sent to the new grim outdoor prison — Castle Clink.

Richard struggled to work the padlocks to each of the three floors in the turret, Ant joking that his wife, Judy Finnigan, “must do all the DIY in their house”. Dec, 46, laughed: “She definitely does.”

The celebs who made it into the main camp were disappointed. Louise took a tour and said: “I was hoping for a blazing fire when we walked in. I think I’ve bigged it up in my head, haven’t I?!”

This year is going to be tougher than ever.

“The bedroom is interesting. At the moment it feels really cold in there which makes me a bit nervous and we’re all quite spread out. I feel like we’re all really close already, so I’m like, I just want us all to be sleeping together.I was thinking I was going to have quite a lot of showers but I’ve seen it now and I’m just, like, as much as I can possibly avoid it, I’m not going to go in there.”

Frankie was more upbeat and appreciated their grub. She said: “The dinner actually tasted better than I thought, but I do still feel a bit hungry.”

Later in the Castle Clink, it was revealed that Naughty Boy — real name Shahid Khan — had lived up to his assumed name as the first celeb to break the rules. He was caught smuggling spices in his socks.

This year’s series of the show, the 21st, will see 25 challenges in all. Ant, 46, warned: “This year is going to be tougher than ever.” It is the second time the series has taken place at the reputedly haunted and Grade 1 listed Gwrych Castle in Abergele, North Wales.

The action began yesterday with some of the celebrities arriving in classic cars.
David led the group, and said of the forthcoming stay: “Excited? Yes I am. Nervous? Yes I am. Anxious? Yes I am.”

Matty, who arrived by helicopter with Arlene, said: “I don’t think I have any survival skills. I’m just a diver, I fall into a pool.” 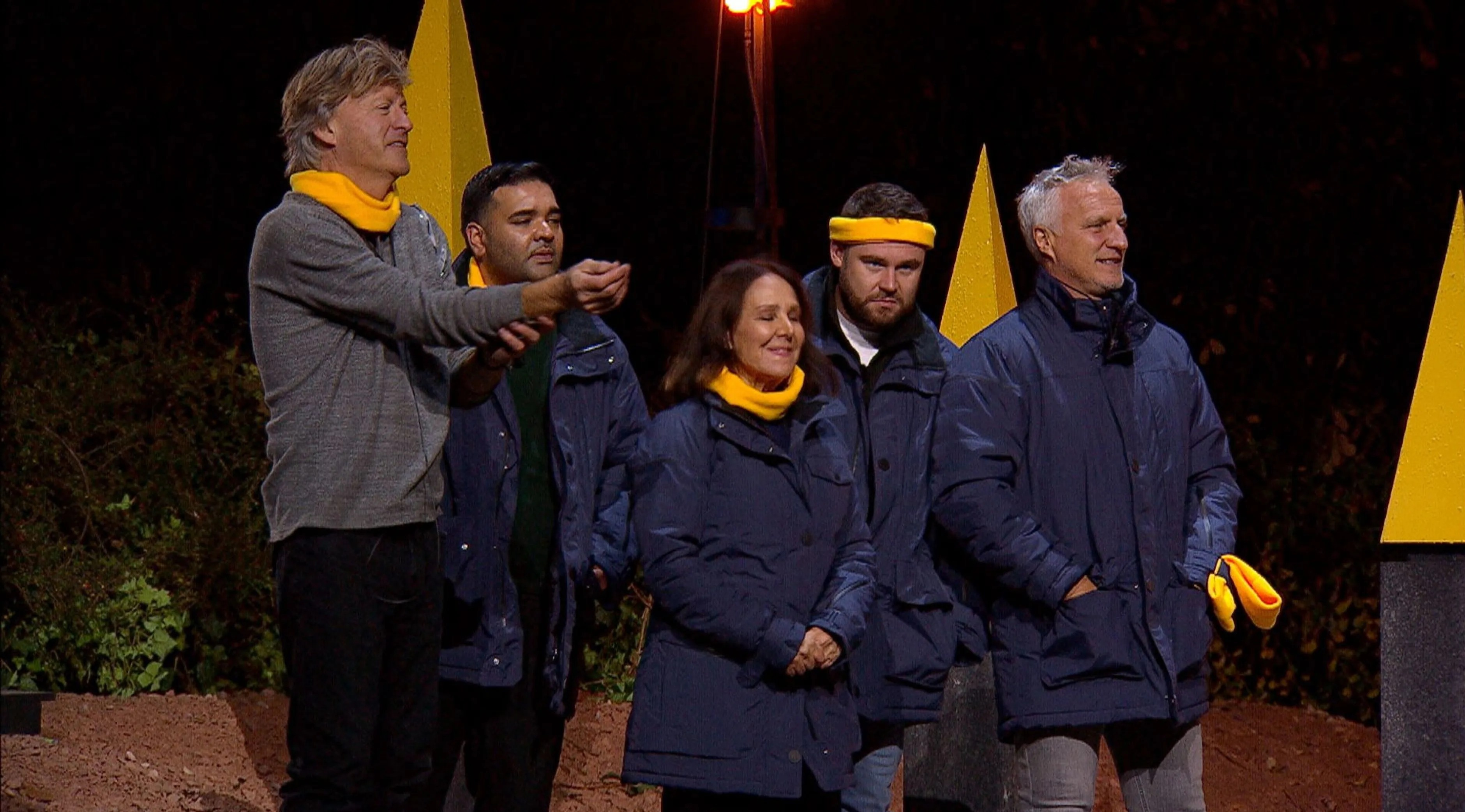 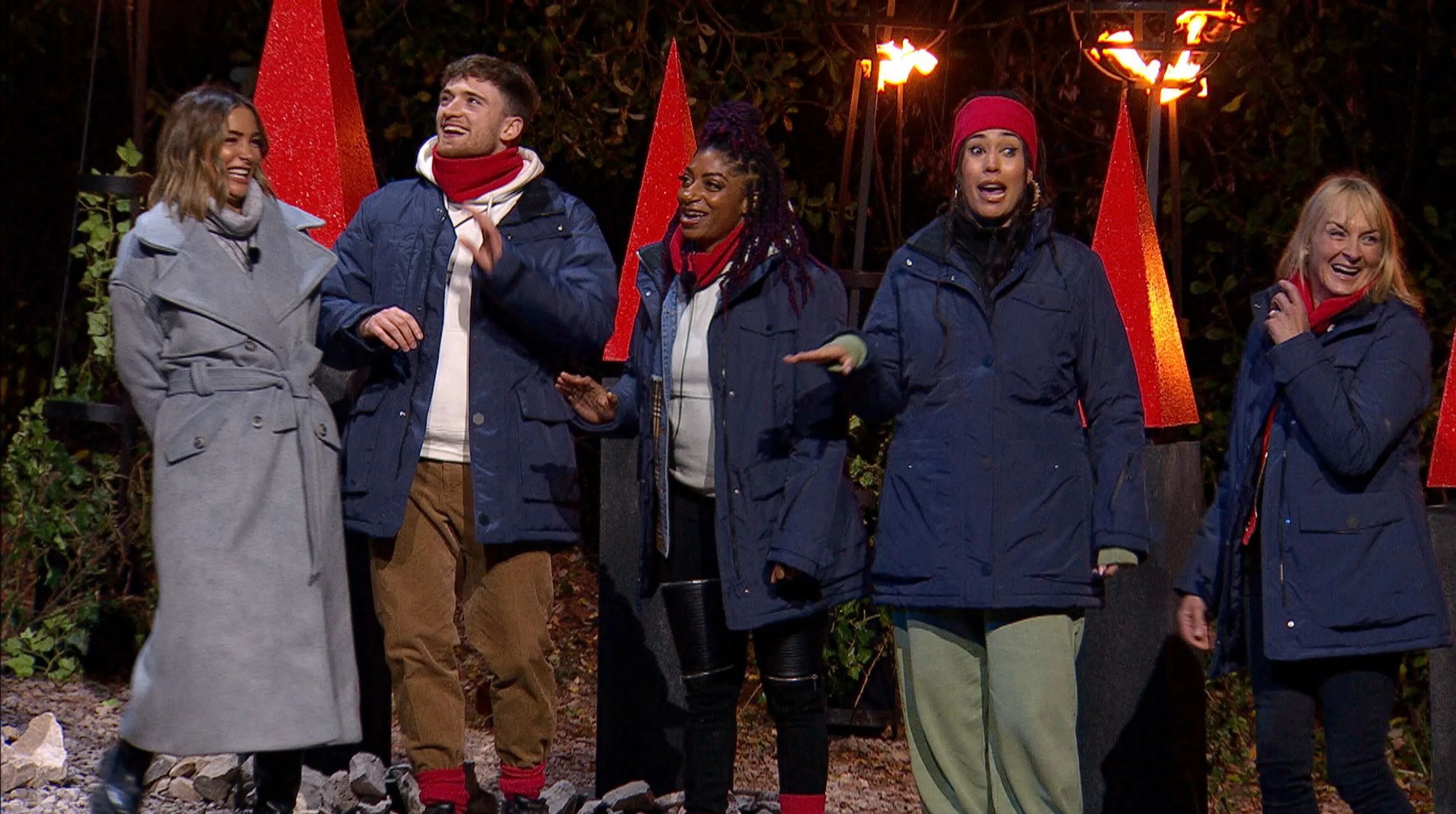 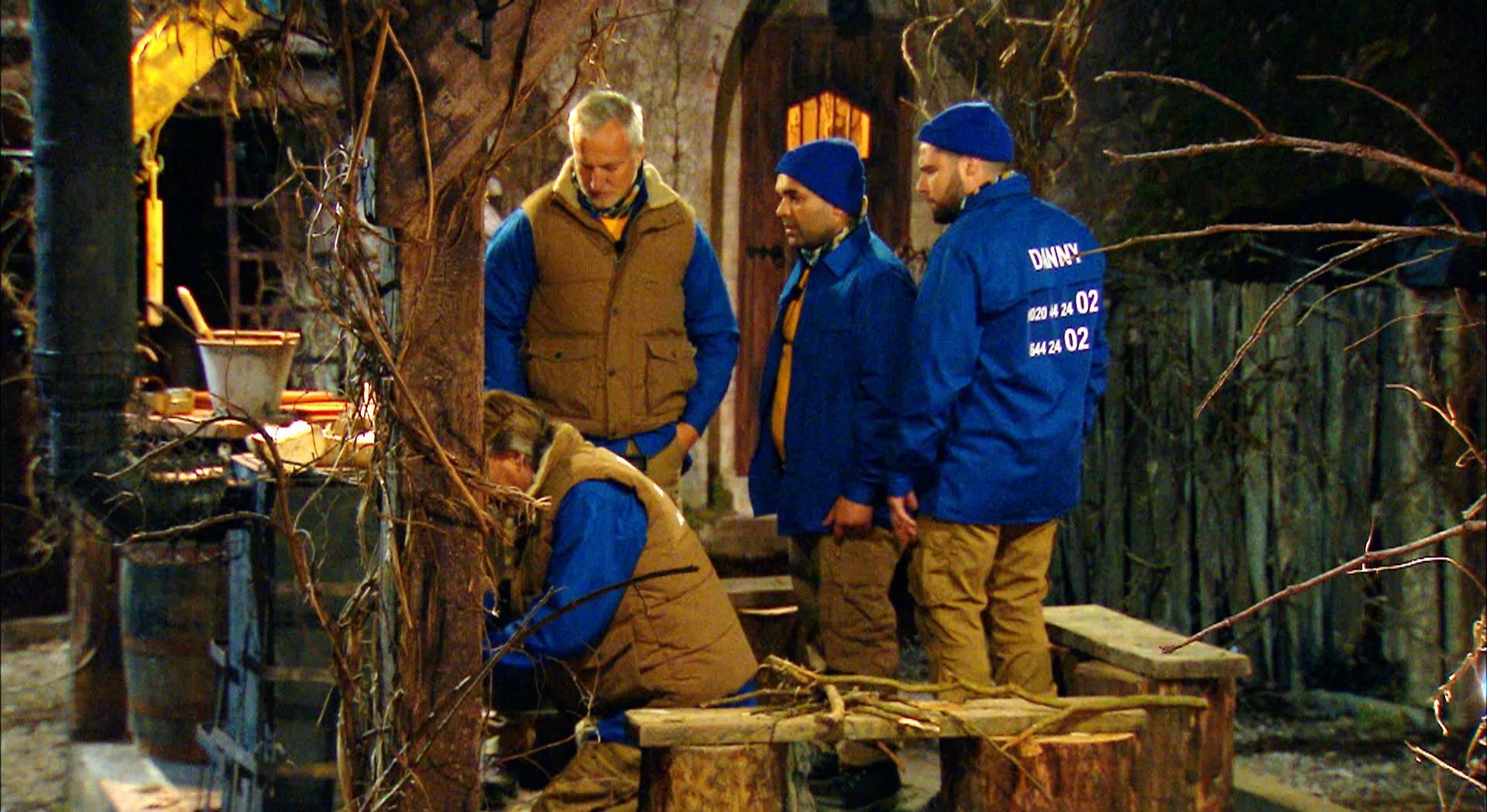