TEEN Mom star Jenelle Evans has told her fans to "stop breathing" after speculation grew that she could be "pregnant again".

The MTV alum took to TikTok to hit back against the suggestion as she told commenters to learn "what a naturally body looks like". 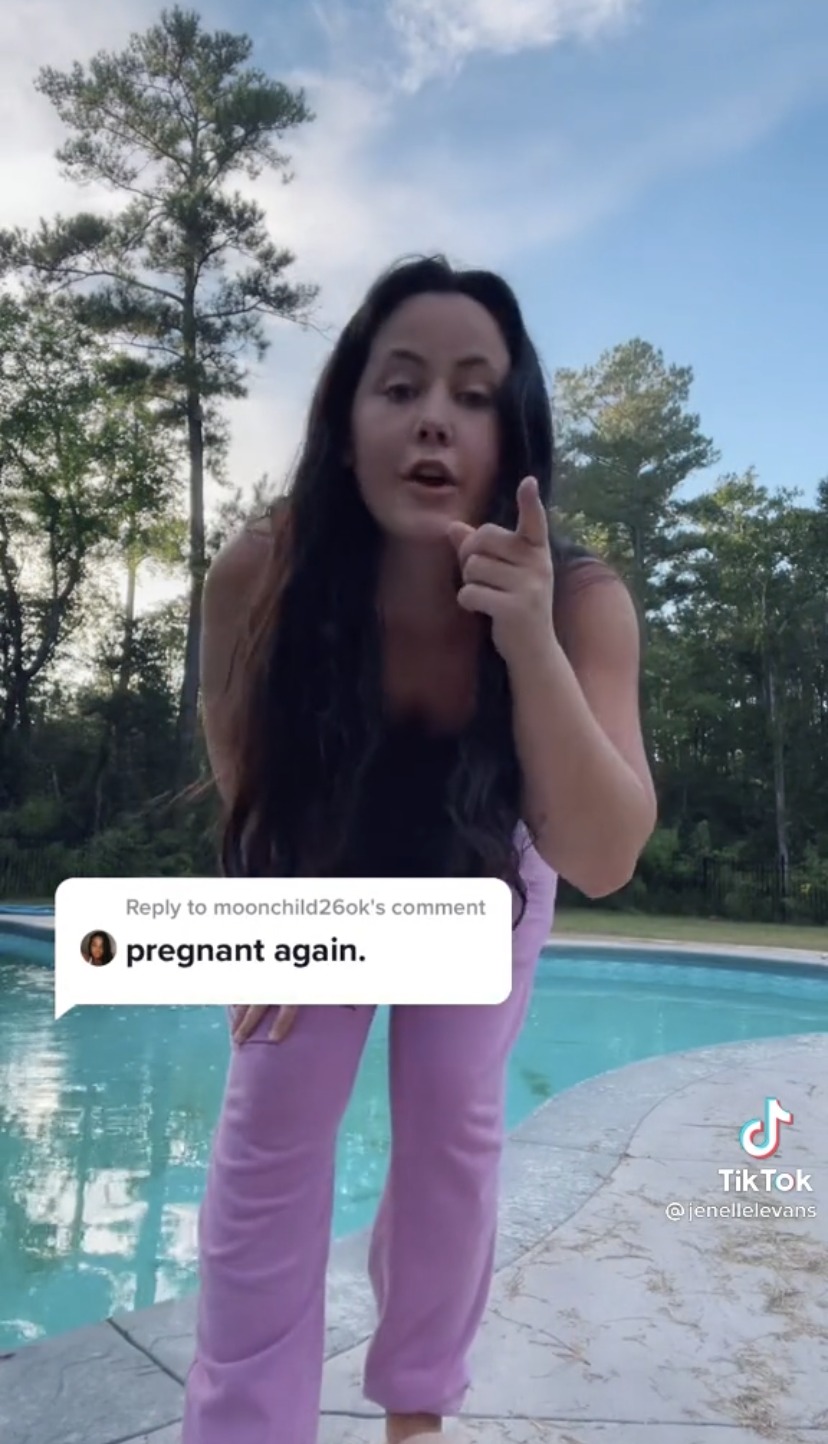 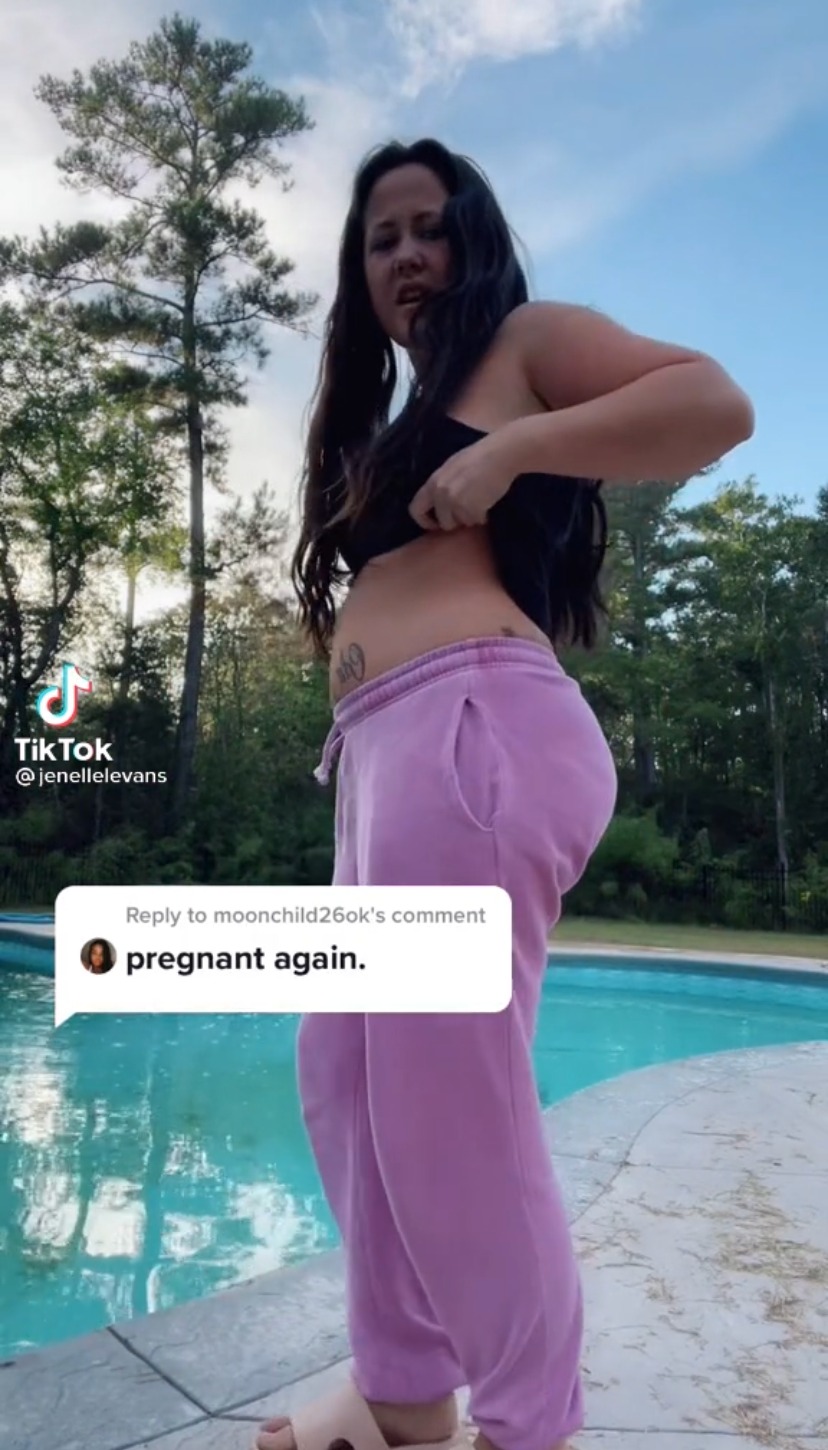 Jenelle, 29, reposted a comment from a fan that was left under a video of her dancing with her daughter Ensley, four, in just a bikini on the beach.

"Pregnant again," they had written under the video, prompting the reality TV star to clap back in a second clip, calling the commenter "ignorant".

Dressed in casual pink jogging bottoms and a black vest, the star lip-synched to a TikTok audio as she lifted her shirt to show her stomach.

"Um, no dirty – that's what a natural body looks like, and if you don't like it, close your eyes and don't open them again," Jenelle mouthed.

If that wasn't enough to send the haters a message – the video scathingly concluded: "Next time you breathe, don't."

The comment was left under a video of Jenelle in a tiny bikini as she danced as part of a viral TikTok trend with her youngest child.

The Teen Mom 2 alum twerked in the short clip as her four-year-old tried to keep up with the intense choreography.

Out in the woods, the mother/daughter duo performed the Linda and Heather theme song "together and forever."

Jenelle captioned the post, which saw her don a rainbow-printed two-piece: "We both forgot what we were doing until the end."

Back in mid-September, the former TV personality had posted a video where she slammed her haters online.

The MTV alum told body shamers to mind their "g*d d**n business" after many had trolled her "weight gain."

While showing off her curves in her bathing suit, she mouthed the words: “Somebody just came up to me and asked me what I do for a living.

“I said, ‘I mind my own g*dd**ned business. They hiring. Want an application?”

Jenelle busted out her best dance moves throughout the clip, which she captioned: “They stay questioning me."

The ex TV star has continued to respond to body-shamers online while repeatedly bashing their troll commentary.

After one troll mentioned her weight and called her "fat" because she "drinks constantly," she stripped off her sweatshirt and danced in reply.

Jenelle shook her booty for the hater and wrote: "You guys make it look easy to make you look dumb"

She then captioned the post: "Damn you sure think you know every detail of my body," and added the hashtags: "#MomBod" and "#MomBodSummer." 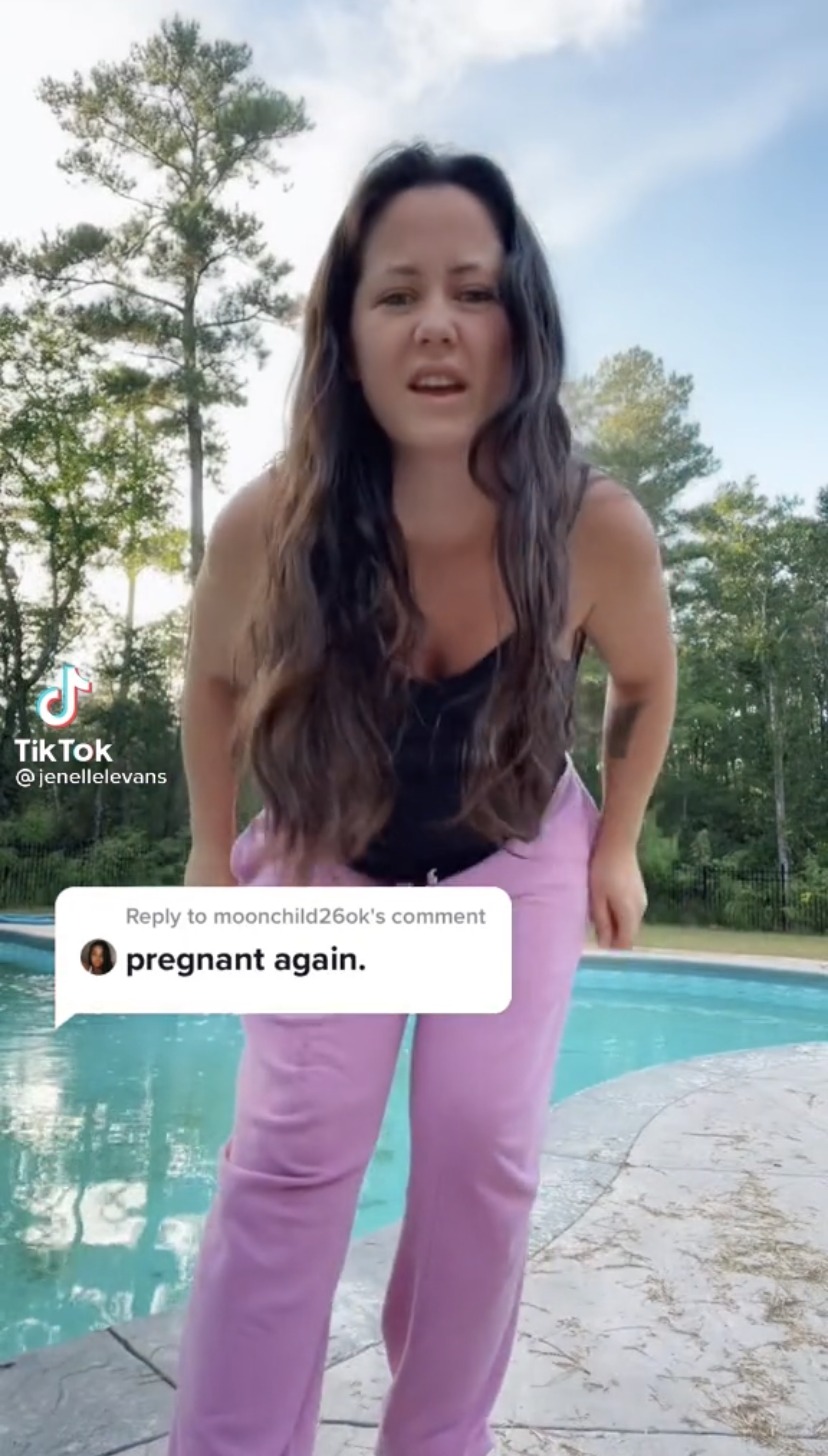 Wondery Podcast ‘WeCrashed’ In Works As Limited Series At Apple

'Criminal Minds': Why JJ's Confession to Reid Won't Change a Thing Between Them