MTV’s Teen Mom 2 star Kailyn Lowry opened up about her complicated history with her ex-husband, Javi Marroquin, on a recent episode of Coffee Convos, the podcast she hosts with Lindsie Chrisley (formerly of Chrisley Knows Best). In a segment in which Lowry and Chrisley either verified or debunked listeners’ assumptions about them, the 28-year-old mom of four reflected on her “unspoken loyalty” to Marroquin.

Lowry and Marroquin were married from 2012 to 2015 and share a son, Lincoln. Since then, Marroquin moved on to date Lowry’s Teen Mom 2 castmate, Briana DeJesus, as well as Lauren Comeau, with whom he shares a second son, Eli.

After multiple cheating scandals surrounding Marroquin’s alleged infidelity – including one recent incident in which Lowry claimed her ex-husband tried to hook up with her while he was dating Comeau – the pair appeared to break up.

On Coffee Convos, Lowry told Chrisley that her feelings about 27-year-old Marroquin were complicated, despite their difficult past together. 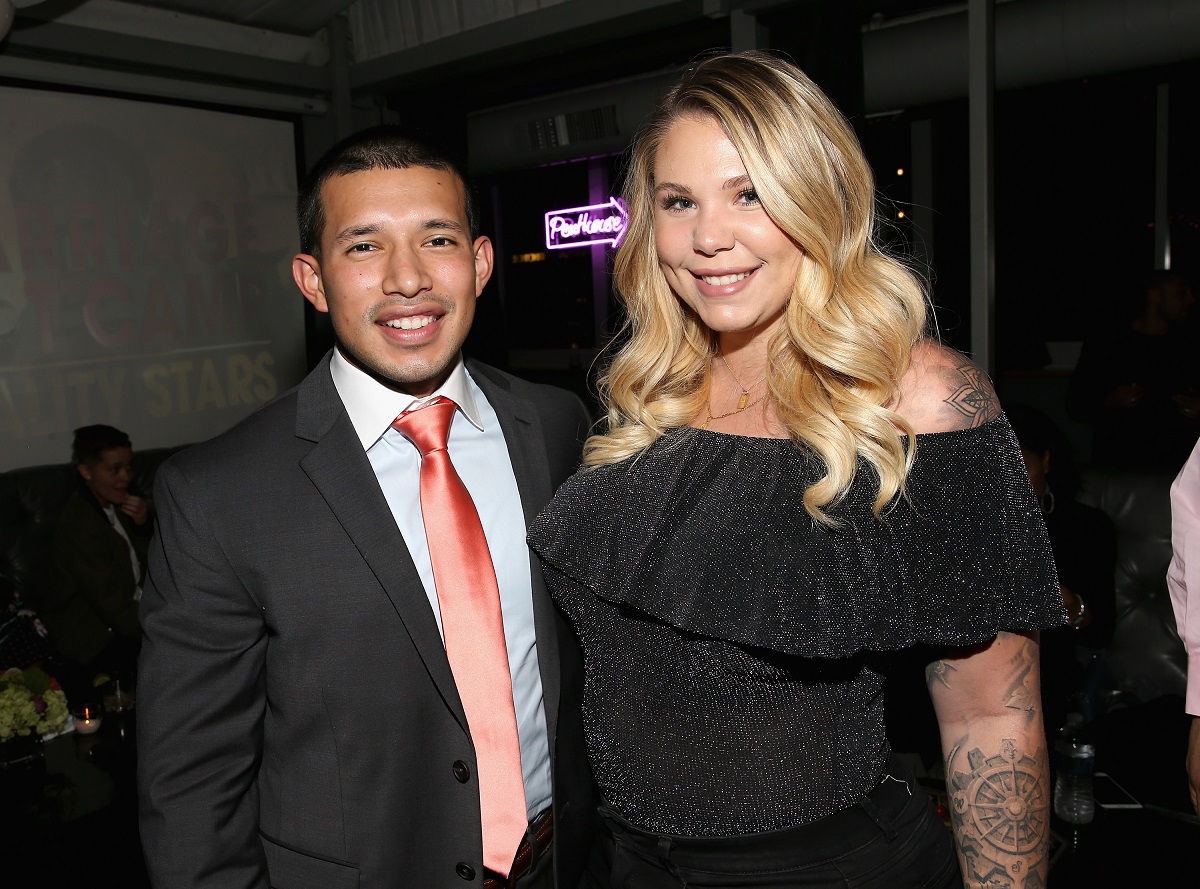 Lowry said she still felt a certain ‘loyalty’ to Marroquin

Lowry and Chrisley took turns addressing fans’ assumptions about them on a recent episode of Coffee Convos. One common assumption was that Lowry “hated” Marroquin, especially because he moved on so quickly after their tumultuous divorce.

At the time, Marroquin and Lowry seemed to argue constantly. Some of their marital troubles – including Marroquin’s negative reaction to Lowry’s miscarriage, as well as cheating accusations on both sides – played out on Teen Mom 2. Since then, Lowry and Marroquin have sometimes struggled to be on the same page when it came to co-parenting, especially because Marroquin went on to date DeJesus.

Despite these issues, Lowry told Chrisley that she didn’t hold anything against her ex-husband, who served in the U.S. Air Force and is now a CrossFit gym owner. In fact, Lowry said, she didn’t quite understand why she felt such a deep sense of loyalty to her ex.

“No, I don’t hate Javi at all,” Lowry asserted. “I just don’t hate him.” Chrisley confirmed that Lowry had told her this “so many times,” which sometimes surprised her.

“I have a weird, unspoken loyalty to him that I have not figured out yet,” the Teen Mom 2 star mused pensively, “and I always would wish the best for him.”

Not only did Lowry insist that she didn’t harbor ill will towards Marroquin, but she also pointed out that she hadn’t thrown him under the bus during their protracted divorce. While Marroquin made several statements to the media at the time, including accusations of infidelity, Lowry felt she’d mostly kept quiet.

Chrisley pointed out that Lowry had often tried to defend herself in other situations, so it was odd that the Teen Mom 2 star was so permissive when it came to her ex-husband.

One of the reasons for her relative silence during her divorce from Marroquin, Lowry explained, was her desire not to repeat history. When she and Jo Rivera split on MTV’s 16 and Pregnant, it was “messy” and “a disaster” – and she didn’t want a repeat of that scenario.

Lowry pointed out that all that fighting with Rivera hadn’t gotten them anywhere, anyway. After all, 10 years later, she and Rivera now have a positive co-parenting relationship. Lowry even hosts a weekly podcast (Baby Mamas No Drama) with Rivera’s wife, Vee Torres Rivera.

What’s more, Lowry added that she also didn’t think defending herself would have done much good at that point in her marriage to Marroquin. The Teen Mom 2 star told Chrisley that Marroquin was perceived more positively by MTV fans at the time, and she simply didn’t think anyone would believe her side of the story.

“I’m going to exhaust myself trying to get people to believe this, to believe what I say,” Lowry said of her thoughts at the time, “and they’re still going to believe him anyway, because he had a good image.”  The Teen Mom 2 star knew that Marroquin was perceived as a “great guy, great dad, and hard worker” – all of which she admitted was true, but possibly not the whole story.

Ultimately, Lowry felt defending herself would be “useless.” Still, the mom of four felt that some of the alleged truth about Marroquin’s behavior during their marriage came out when the struggling couple appeared on MTV’s Marriage Boot Camp together near the end of their relationship.

“The truth came out,” Lowry asserted, referring to a Marriage Boot Camp scene in which Marroquin refused to take a polygraph test about his purported infidelity during his relationship with Lowry. “It really did. The truth revealed itself.”

Still, Lowry told her Coffee Convos co-host that she no longer felt angry about her relationship problems with Marroquin. Instead, she wanted to focus on building a healthier approach to co-parenting with her ex.