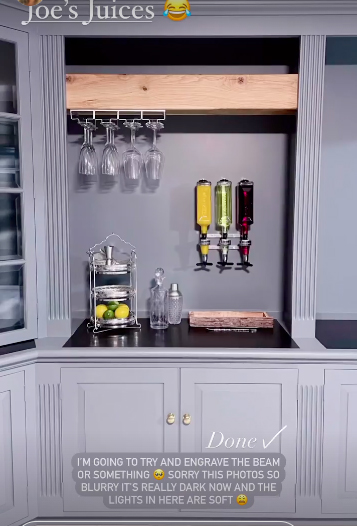 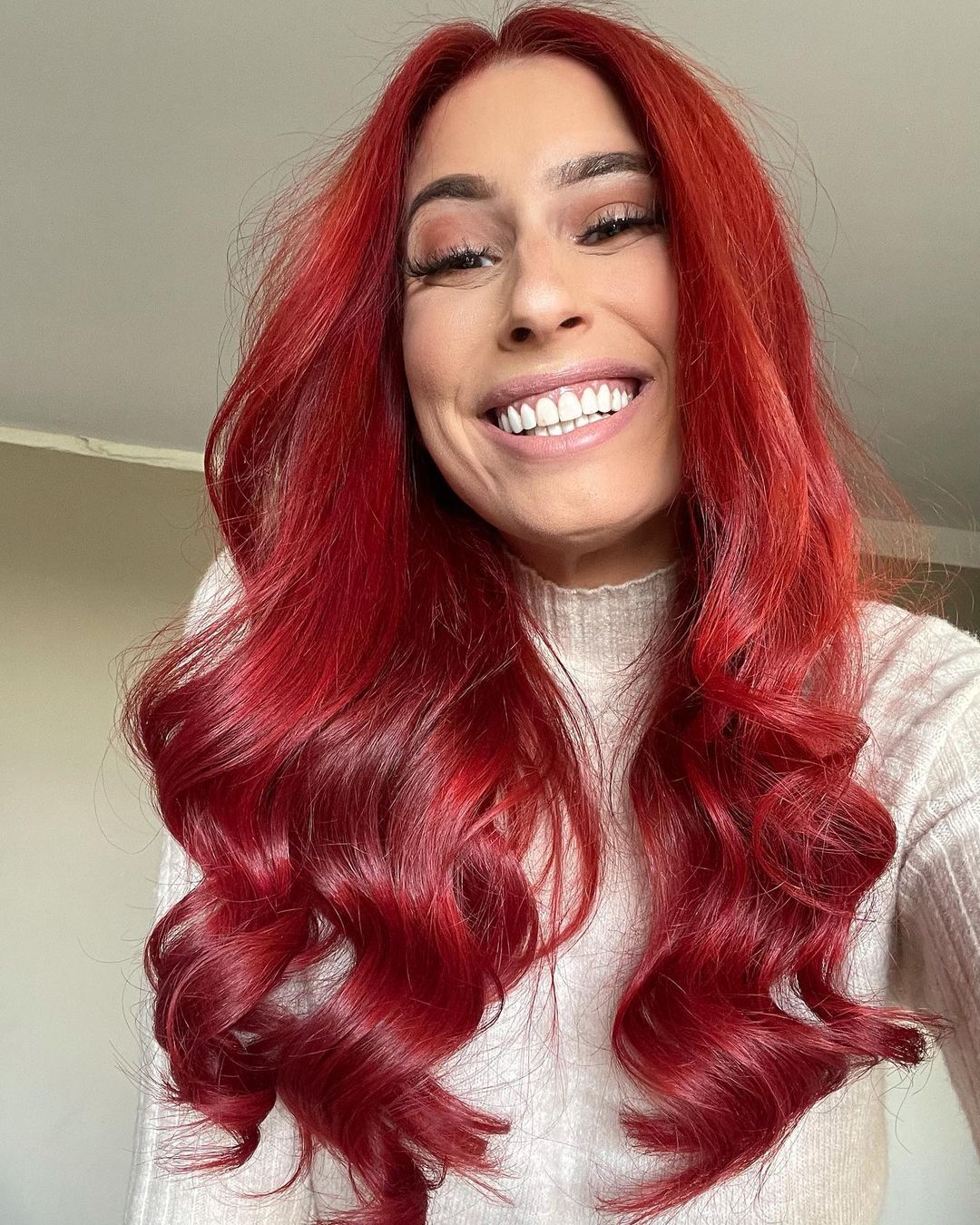 Earlier this week Stacey said that she was in the middle of giving the soap star's "mancave" a makeover – and had plans to make him his very own mini bar.

Today she updated fans with the progress with a video on her Instagram Story.

The Loose Women star told her 4.9m followers: "This is why I didn't finish the drinks area yesterday.

"It took me two hours to saw a bit of this beam off because DIY Dave (AKA my dad) won't leave his power tools here because he doesn't trust me."

Stacey then explained step by step how she made the bar.

The TV favourite said: "So I screwed the beam inside one of the cupboards and screwed my glass holder I used to have in my old kitchen to the beam."

To complete the space she got her hands on a fancy bottle spirit dispenser.

She continued: "Then I bought one of these drink thingys off Amazon. None of us drink and I don't trust our teenagers so they're filled with cordials."

Stacey also put a mini fridge in one of the cupboards for cold drinks.

The mum-of-four shared a picture of the end result on her Story with the caption: "Joe's juices. I'm going to try and engrave the beam or something."

On Thursday Stacey told her followers that she was going to be spray-painting the "cluedo room" in Pickle Cottage, which is Joe's games room.

She shared a video of her painting the doors of her oak cupboards with a spray-painting gun.

Stacey said: "So I decided to get the units sprayed in the cluedo room because they're beautiful units so rather jazz them up than change them and hand painting would have took me forever..

"So I got a proper spray-painter @steve.hopedecorating to do it and he let me get involved and really helped me learn how to use it and do it myself so that I can invest in a paint-sprayer for future Pickle Cottage projects."

Stacey then went on to show a before video of the room before the makeover.

She said: "I honestly can't believe the difference. How it started…"

And then she posted footage of the room with grey cupboards and new flooring with the song A Whole New World from Aladdin.

The TV star confessed: "It's so much better I'm so pleased!"

Then on Friday night she updated her fans with her plans and was in the middle of decorating the room with I'm A Celeb memorabilia.

She said: "I'm back in here I've been trying to make a drinks bar area in between feeds but im not getting anywhere fast.

"However, I really wanted to put lots of Joe's special memories and his achievements up where I can so his mum came round today because she's been saving a load of his memories and looking after them and she brought round Joe's jungle hat, how cool?!

"And his staff from when he won, we weren't even allowed to take this home when i did the jungle so I don't know how he got this…"

Stacey, who won the tenth series of the popular ITV show, met Joe back in 2010 on the set of I'm A Celebrity's spin off I'm a Celebrity…Get Me Out of Here, NOW!

The pair moved into Pickle Cottage in April 2021. 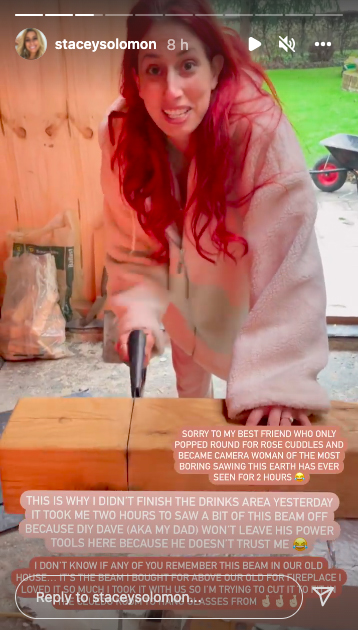 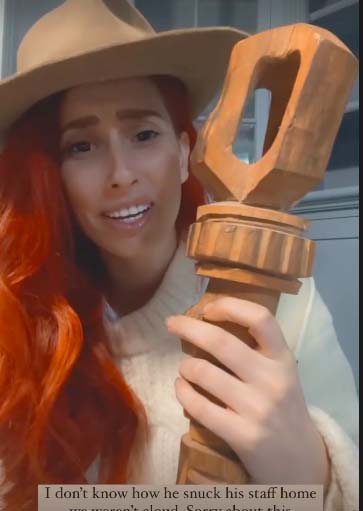 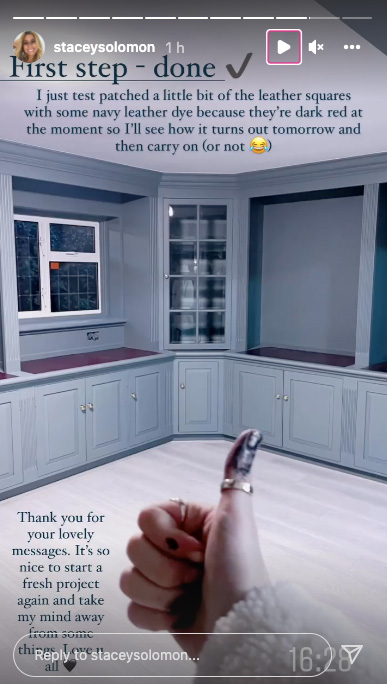 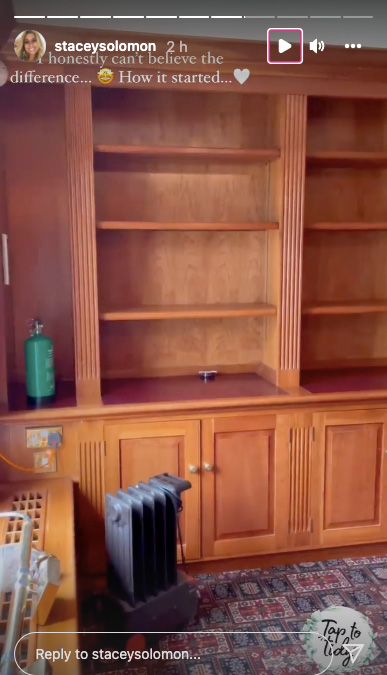 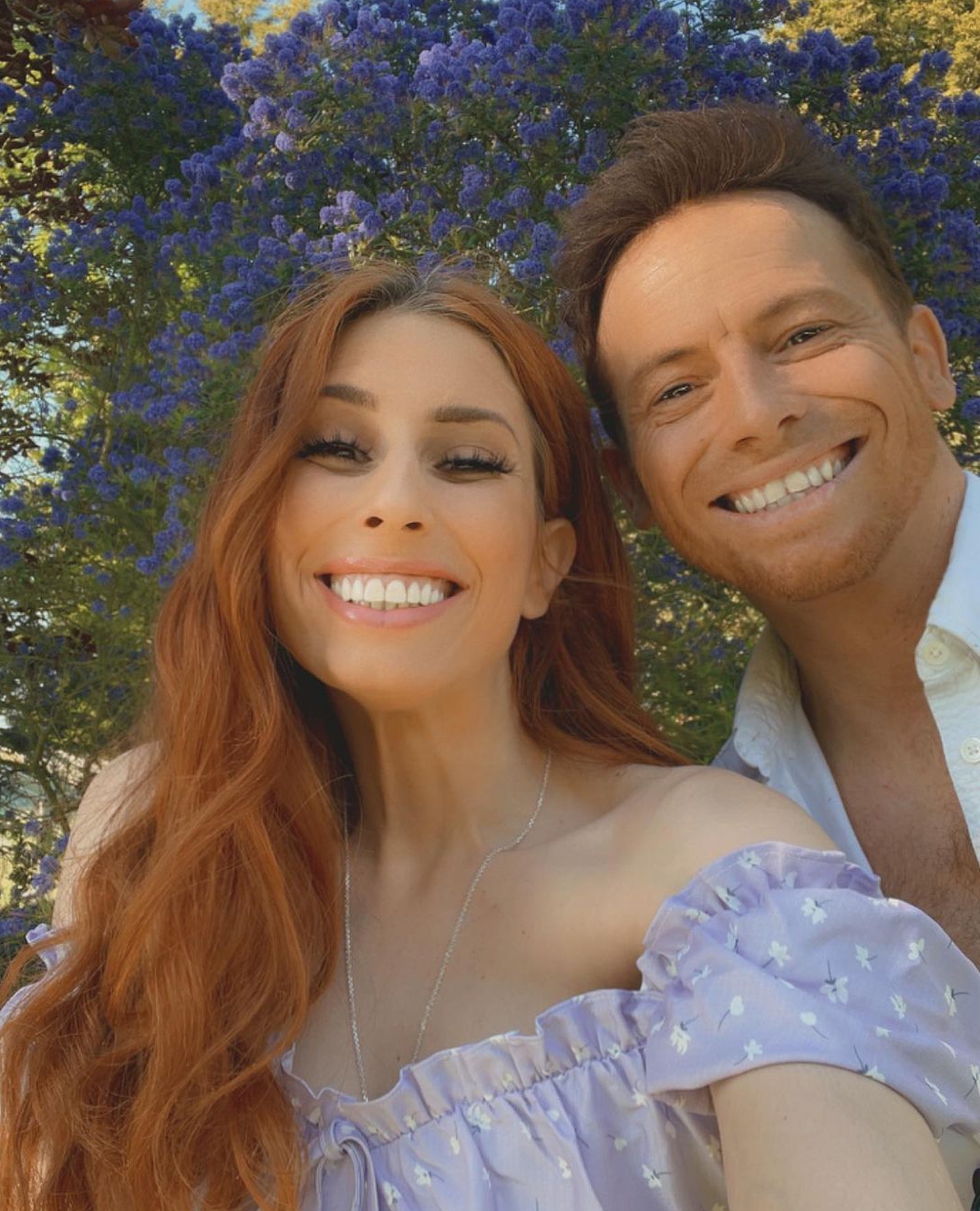 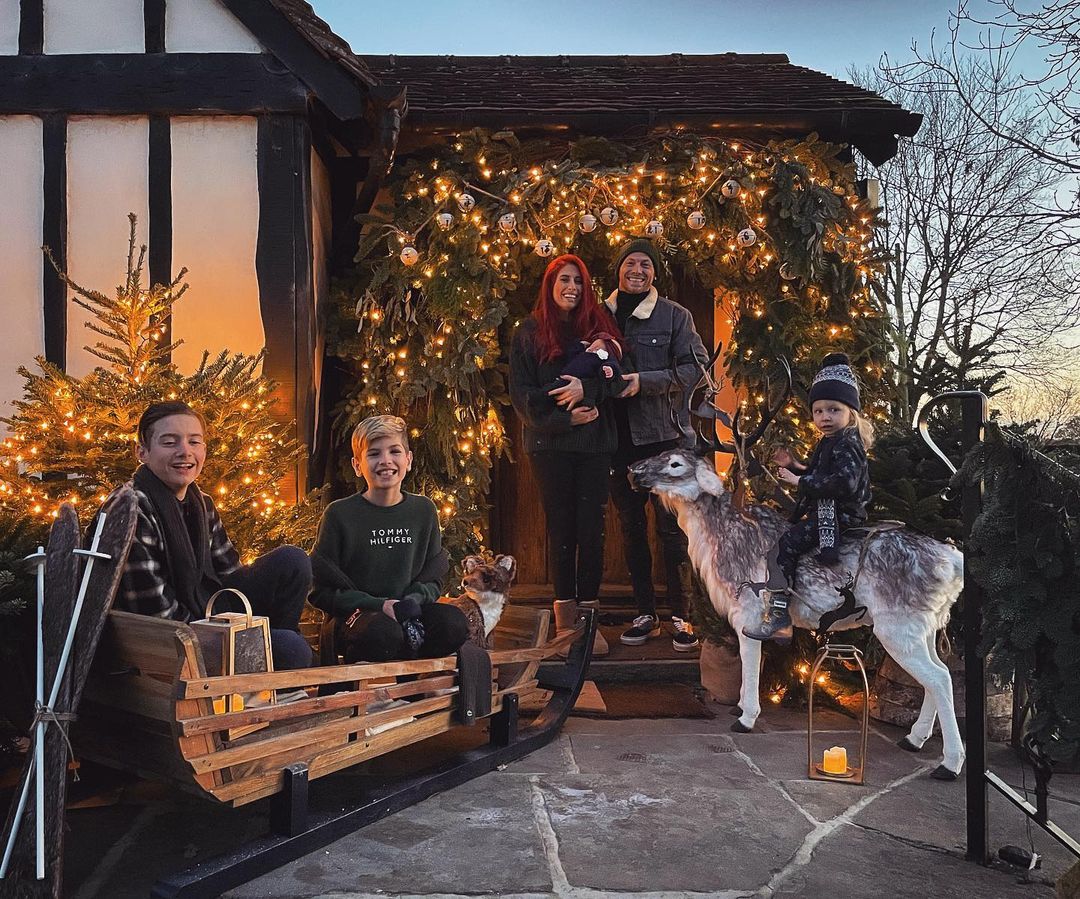