STACEY Solomon appeared to reveal her due date after admitting she'd "forgotten" to go to the National Television Awards.

Fans spotted a shot of her calendar as she watched the glitzy awards ceremony from home. 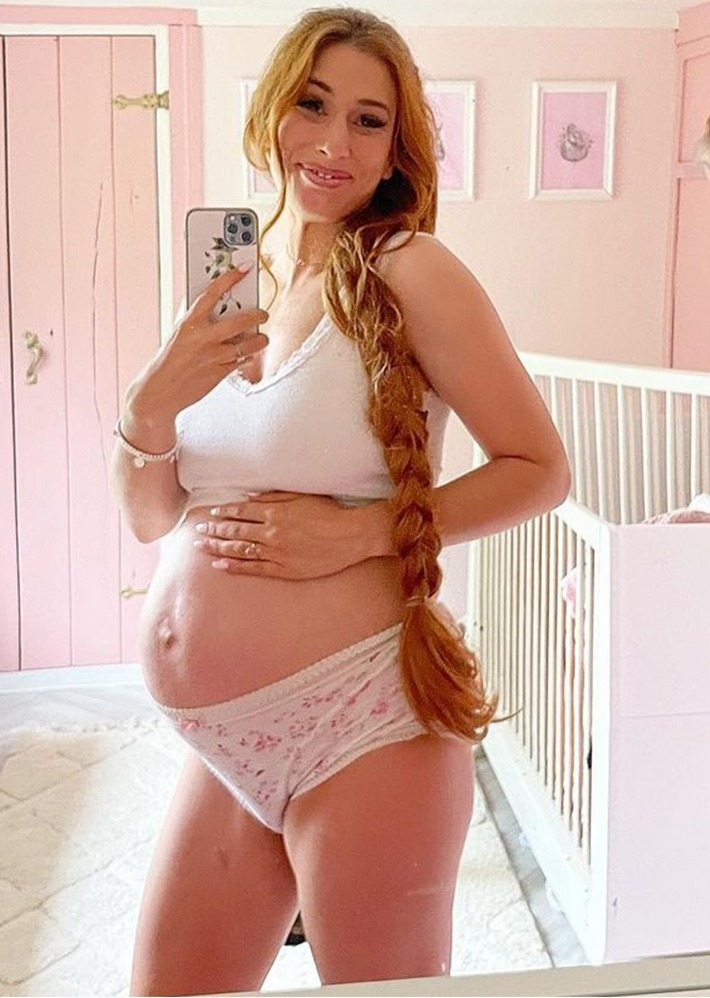 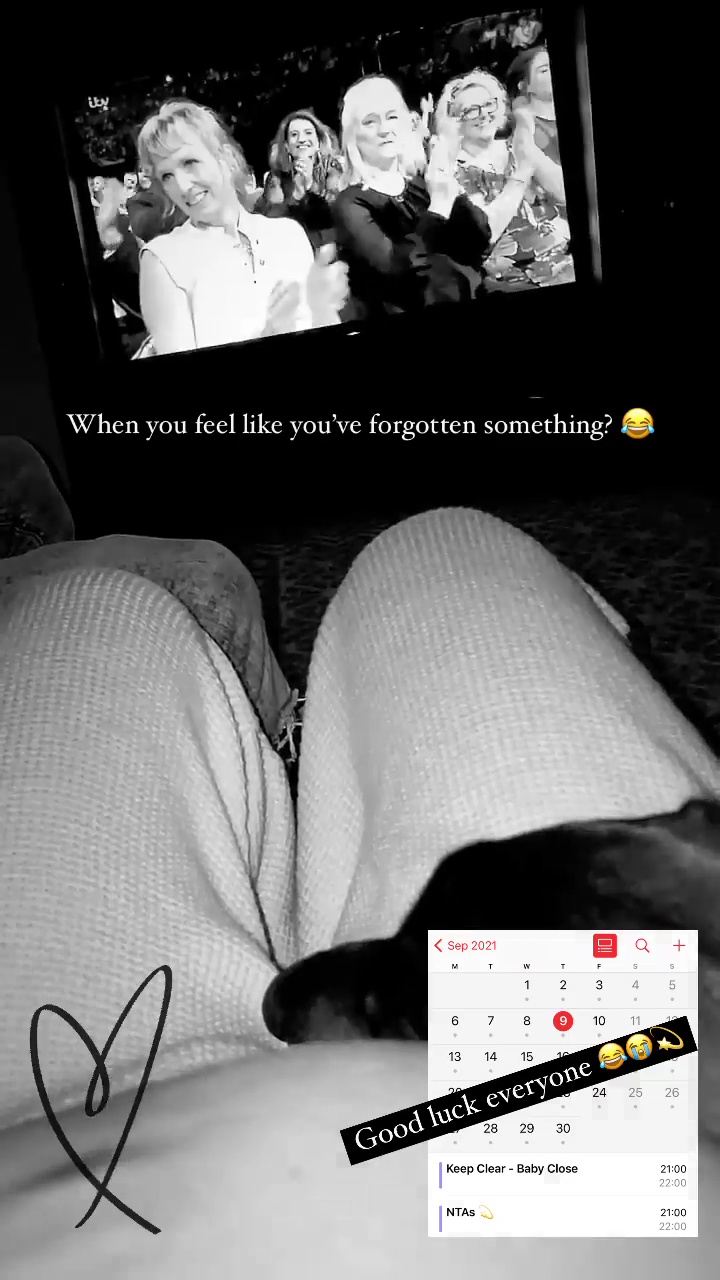 "Another thing I forgot to do tonight," Stacey laughed as she filmed the TV.

In the corner of the screen, Stacey showed her phone calendar which she had marked the NTAs down on, on September 9.

But fans pointed out it was also the date that Stacey could be giving birth.

She had made a note saying: "Keep clear – baby close."

Last weekend, Stacey celebrated the looming birth of her baby girl with a beautiful baby shower thrown by her sister.

The Loose Women star, 31, looked stunning in a pink dress with a Rapunzel-style plait.

The emotional presenter enjoyed a day of celebrations ahead of welcoming their daughter with fiancé Joe Swash, 39.

The TV favourite looked radiant as she showed off her growing baby bump in a frilly pink dress with her closest friends and family.

Enjoying some alfresco dining, Stacey looked like a Disney Princess as she sat at the table which was beautifully decorated with pink dinner plates.

In one photo, Stacey and Joe shared a tender moment as they lovingly gazed into each others eyes.

The next snap shows the couple grinning from ear to ear, as Joe cradles Stacey's bump.

The former EastEnders star is also seen giving his gorgeous fiancé a sweet peck on the cheek.

Stacey admitted that the was touched by the efforts her sister Jem's efforts to organise the special day.

She penned: "The 🌷Baby Shower🌷Feeling so overwhelmed and emotional… 🥺 What a beautiful day 😭.

"My sister arranged a baby shower for me and our little girl and it was so special.

"I love you Jem Jem to the moon and back. I can’t believe she’s nearly here 🥺 So grateful for everything. And thank you Sun for shinning today." 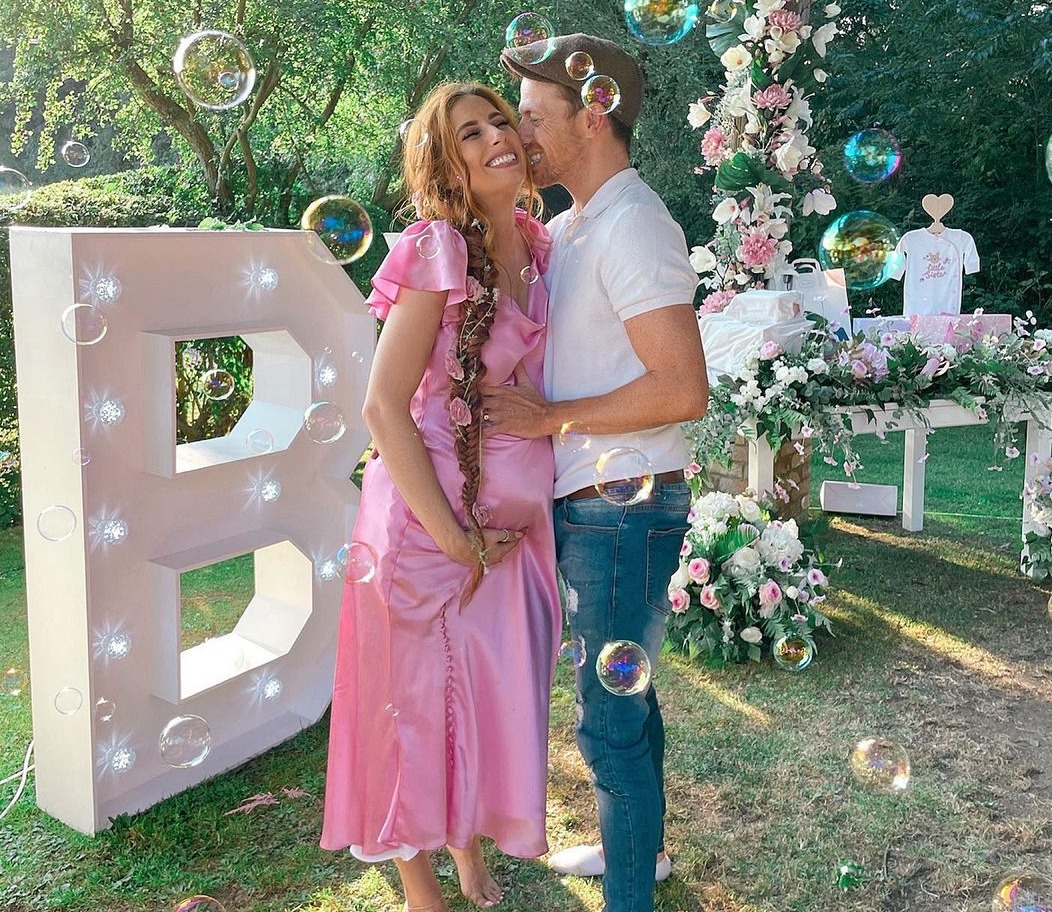 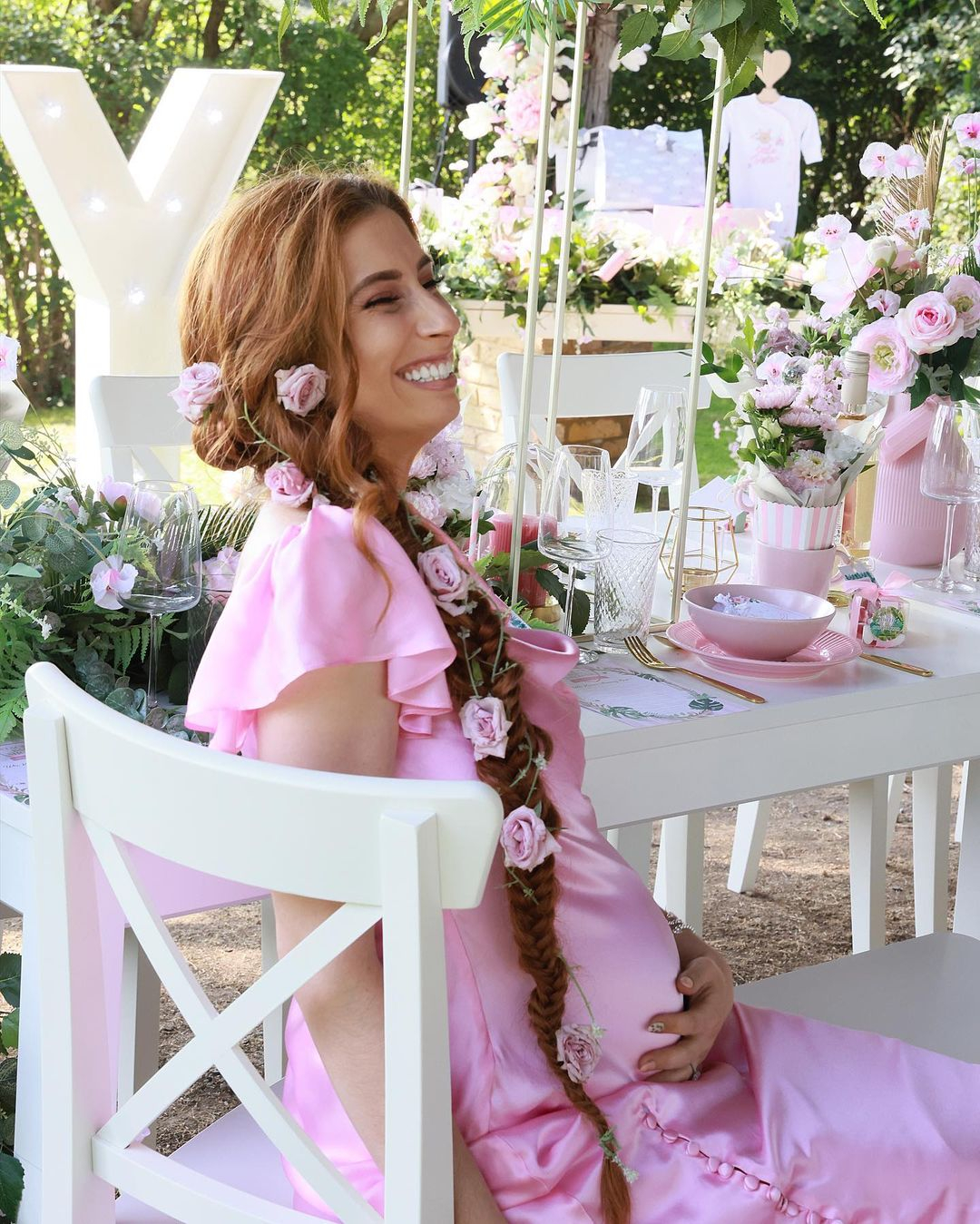 Stargirl Boss Teases Joel McHale's Role in Season 2 — Or Is It for Season 3?

'Wonder Years' Reboot From Lee Daniels in the Works at ABC