Home » TV & Movies » Spoilers: Who dies as gun goes off at The Hide in Emmerdale? 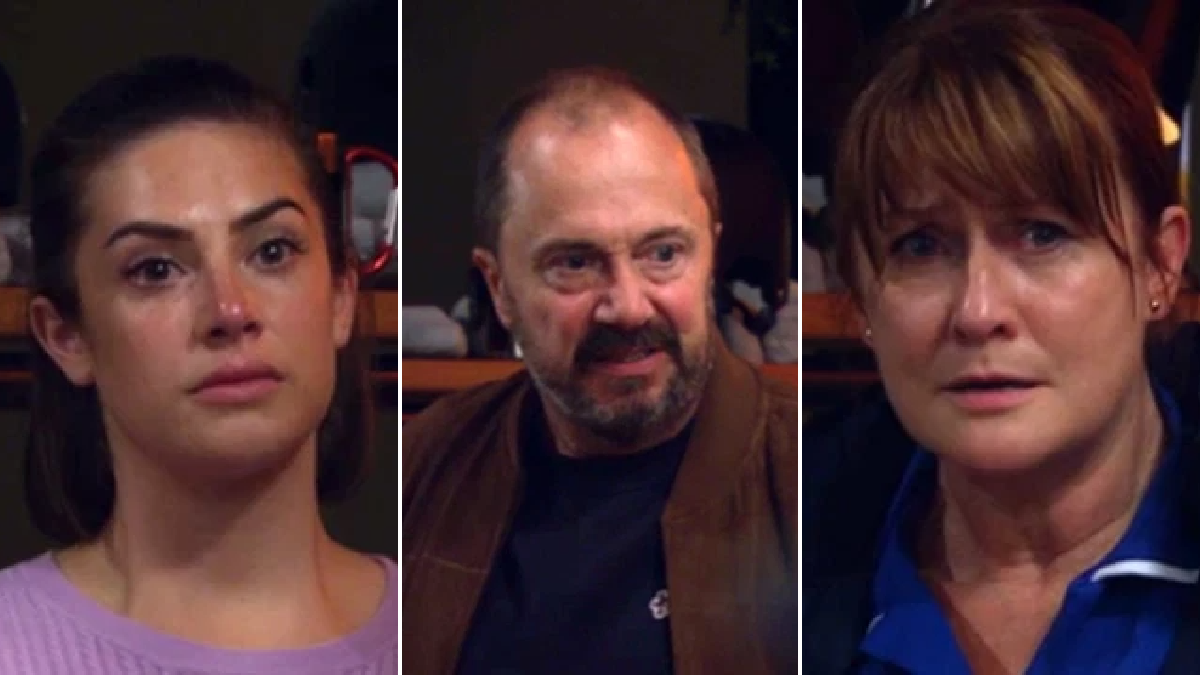 Intense scenes in Emmerdale tonight as the hostage situation at The Hide escalated into a gun siege – but who has been shot?

However, with Wendy’s (Susan Cookson) guilt increasing, she told Vic who Russ really was – a dangerous, abusive criminal on the run.

Perfectly timed as always, Russ arrived at The Hide to see Vic and Wendy talking.

Trapped inside, Vic was fully aware of David (Matthew Wolfenden) – innocently upstairs sorting paperwork with no idea of the commotion that was going on downstairs.

Tonight (September 9), things continued to get worse as Russ angrily accused Vic of lying about being raped by Lee – Russ and Wendy’s son.

As time ticked away, Russ became aware there was someone else in The Hide, and David stepped out from behind the desk, begging Russ not to hurt Vic.

Being held hostage, Wendy attempted to get through to Russ but obviously, nothing worked.

As another call came through, Russ picked up the phone and shockingly, Vic grabbed Russ and attempted to wrestle the gun away from him.

David also stood up, trying to pull Vic away and outside, Jacob (Joe-Warren Plant), Dan (Liam Fox) and Bob (Tony Audenshaw) were horrified to hear the gun go off.

But who has been shot?

Who will make it out alive?

The Conners and a Brief History of Live TV Episodes