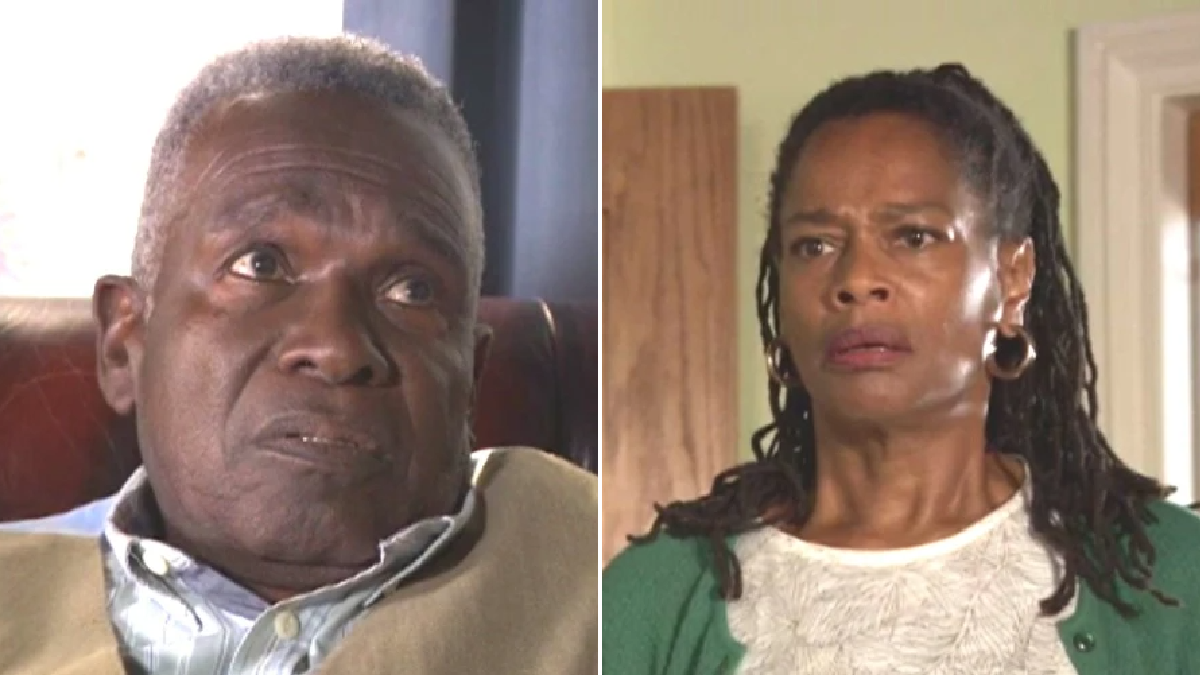 Sheree Trueman (Suzette Llewellyn) could be about to leave Walford alone following Patrick’s (Rudolph Walker) decision he wouldn’t be returning to Trinidad.

Sheree has spent the past few weeks trying to convince Isaac (Stevie Basaula) and Patrick their lives would be better out of Albert Square.

Tonight, after Sheree convinced Patrick to go away with her, Denise (Diane Parish) discovered what he was planning.

Denise wasted no time in planting seeds of doubt in Patrick’s mind and after, while confronting Sheree, he told his wife he’d be staying in Walford for Isaac’s sake.

Worrying for their marriage, it’s currently unknown what Sheree will do next, but as Suzette explains, there’s a high chance her character could leave on her own following the rejection:

‘Sheree really thought that Patrick would take her side, she didn’t think he’d take Isaac’s side like that. The family see that what she’s doing is potentially harmful to Isaac and themselves too, but Sheree doesn’t see it that way at all.

‘She gets hurt and I think she begins to realise that she’s actually lost the thing that she wanted the most – Patrick and Isaac. She realises she might have gone too far; she’s played a hand and it’s not come out the way she wanted it to so she now needs to work out her next step.

‘What will she do next to either win her family back, or it might push them away even further.’

‘I think she has got her blinkers on completely at this point’, Suzette adds as she discusses how out of control her character has become.

‘Sheree gets an idea in her head and goes full steam ahead regardless. She fools herself into believing that what she’s doing is correct and she has to get on with it. Sheree is justifying it completely to herself, she knows it’s not going to be popular but in the end. she believes it’ll be the right thing for Isaac, so the ends justify the means.’

But does Sheree feel any guilt? She’s caused an awful lot of trouble for Isaac and Patrick but as Suzette reveals, the determination Sheree feels could lead to her making a serious mistake:

‘Sheree is frightened that things are going to collapse – she is definitely sorry and she’s a bit confused at this point . She’s not sure what she’s going to do next but she feels shut out with Patrick and the rest of the family because of how she’s behaved.

She now feels wronged so it’s interesting to see that now she has this added fuel, what she might be capable of doing next.’