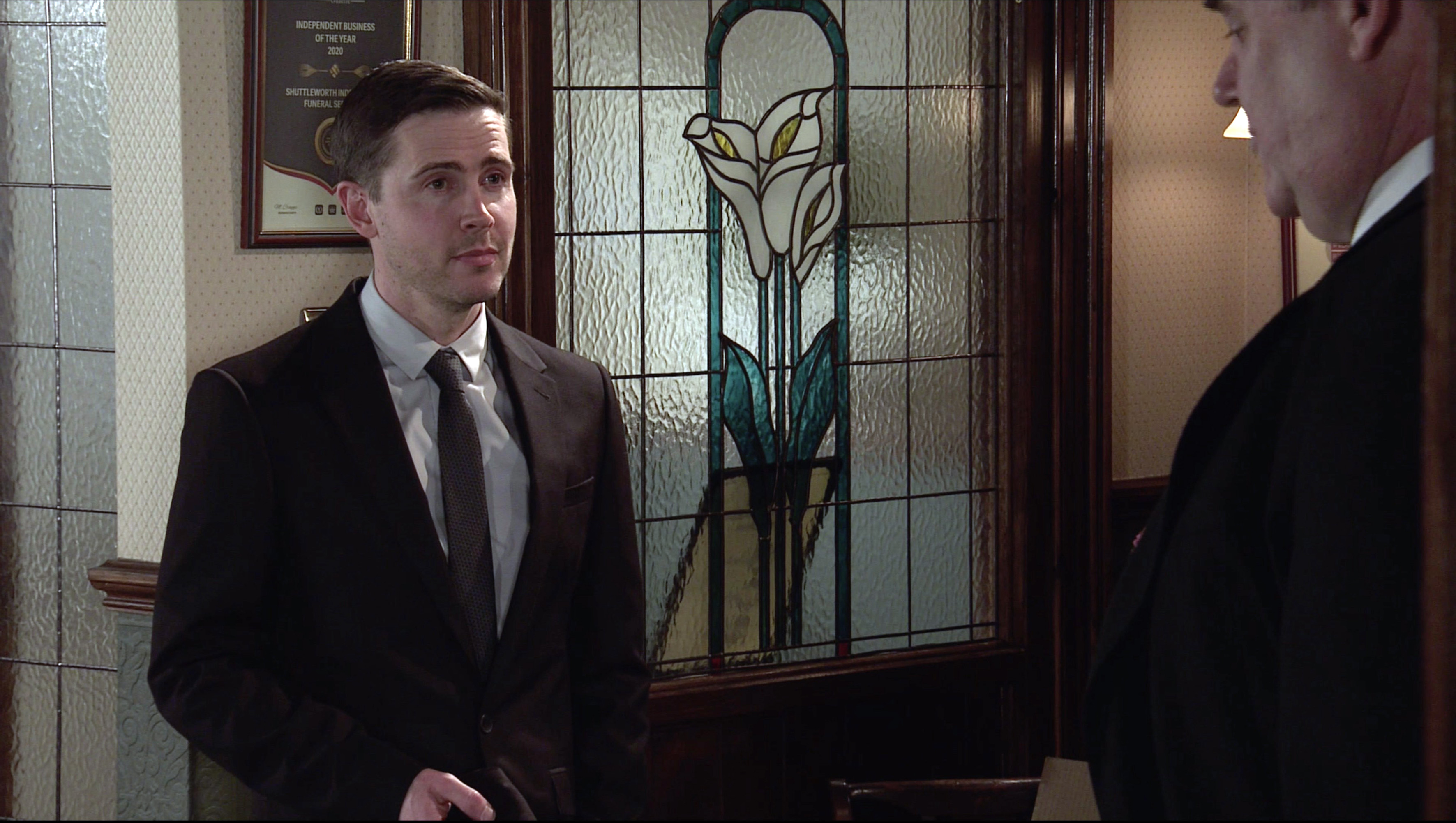 Todd Grimshaw (Gareth Pierce) has been so focused on scheming and trying to win Billy Mayhew (Daniel Brocklebank) back in Coronation Street these upcoming scenes where he experiences a death trauma could come as a surprise to viewers as Todd is forced to change his ways completely.

Wilf calls at the undertakers to arrange his wife’s funeral and Todd flogs him the most expensive package.

Later, Wilf’s son calls at the undertakers and complains to George (Tony Maudsley) about his ruthless approach.

After he’s put in his place, Todd reveals that George sacked him and Eileen (Sue Cleaver) vows to have it out with him.

However, when George reveals Todd was ripping off vulnerable customers, Eileen’s rage turns to embarrassment.

Eileen tells Todd that George has agreed he can work his weeks’ notice.

Todd returns to the undertakers where George lays down the law and explains they have the body of a young man in the chapel of rest, and he’d better show some respect.

Will Todd change his ways?

Could this bring back memories of Todd’s own son, who died back in 2004?

Will the Creators of 'Saw' Shape the Future of Universal Monsters?