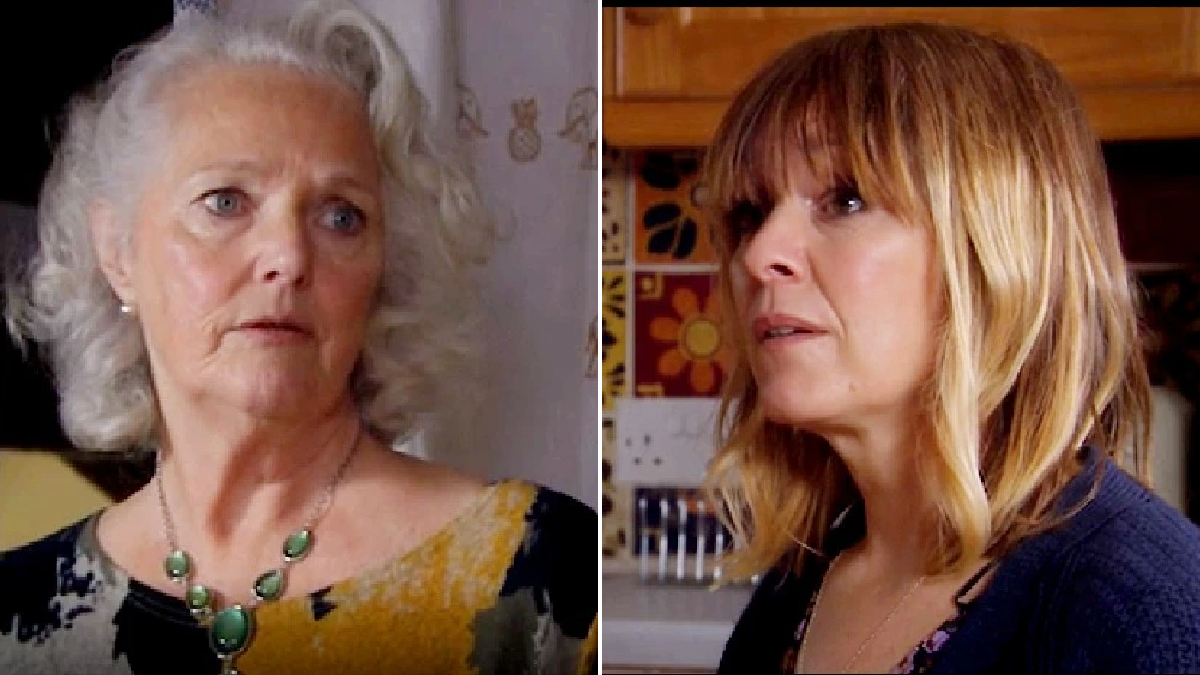 After Mary Goskirk (Louise Jameson) plucked up the courage to tell Kim (Claire King) she’s a lesbian on yesterday’s Emmerdale, she knew that the next step was to tell her daughter Rhona (Zoe Henry).

An obviously nervous Mary kept putting the moment off, but eventually she told Rhona, ‘I’m a lesbian.’ Rhona’s first reaction was to ask ‘Are you sure?’ but she sat and listened quietly, prompting her mum with the occasional question, as Mary described how she’d been in love with her close friend and neighbour Louise until ‘Covid ended it.’

The conversation was going well for Mary as Rhona appeared to be understanding and sympathetic. But as Mary divulged that she’d always known deep down that she was gay, even before she met and married Rhona’s father, things started to change between them.

Rhona wondered if Mary would have stayed with her husband if Rhona hadn’t come along. ‘Your life could have been something truer,’ she said. ‘You sacrificed it for me.’

Despite Mary insisting that she had no regrets about the way her life had turned out and reaffirming how much she loves her daughter, Rhona’s reaction was that her dad, her mum and herself had all lived a lie.

She couldn’t process all this new information and walked out, needing to be on her own. Poor Mary was left wondering whether her relationship with her daughter – which has been fragile and frosty at times even before these revelations – has now been damaged beyond repair.

Will the Creators of 'Saw' Shape the Future of Universal Monsters?

'True Blood' Reboot in the Works at HBO From 'Riverdale' Creator

The Succession Game of Thrones Sees an Unlikely Contender Emerge