Home » TV & Movies » Spoilers: Moira kills again as she opens fire with a gun in Emmerdale? 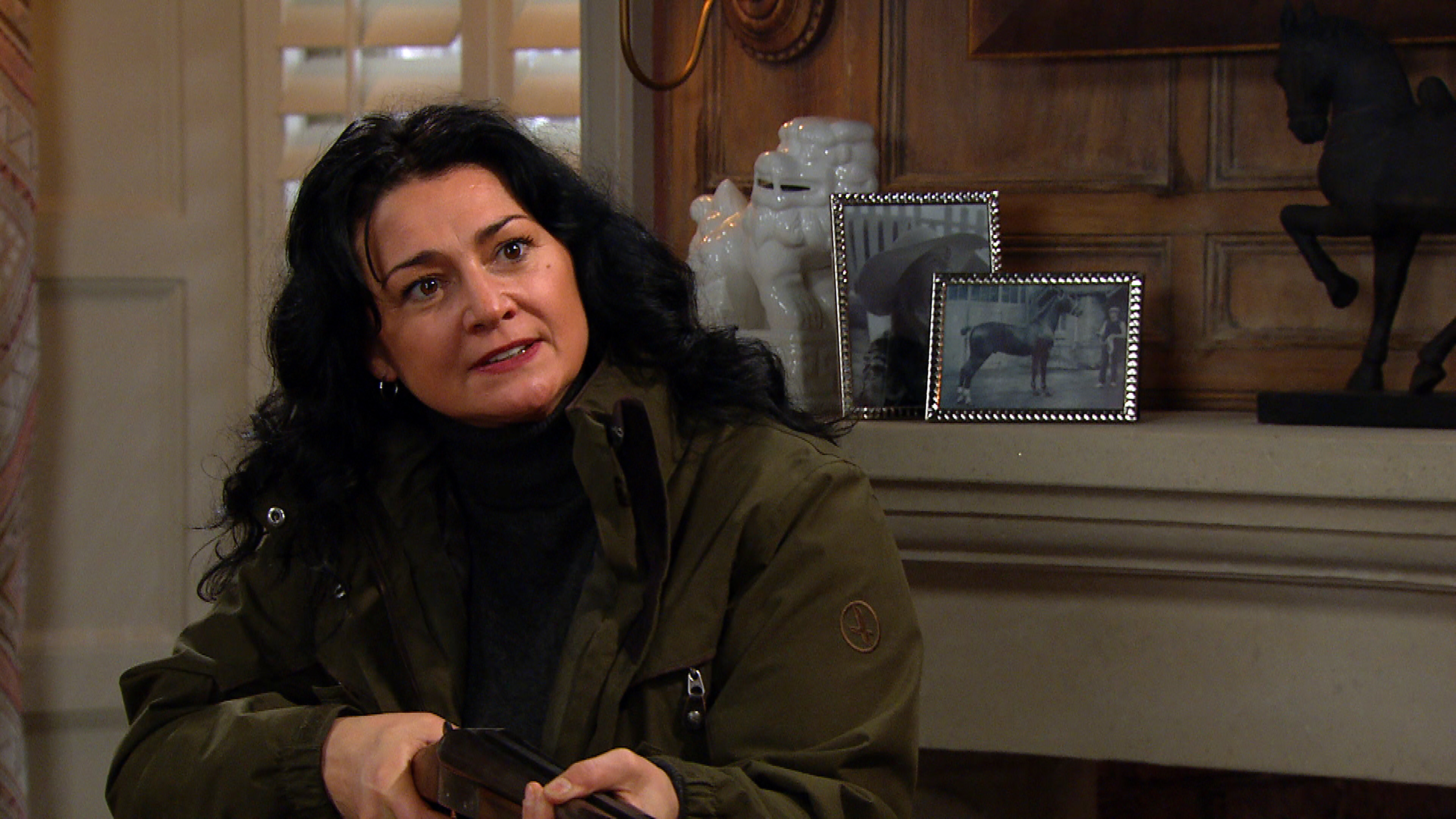 Moira Dingle (Natalie J Robb) could be set to have blood on her hands once in Emmerdale, as she opens fire in a huge showdown.

Mackenzie Boyd (Lawrence Robb) never misses an opportunity to acquire the upper hand, and thus when he learns that Jamie and Kim Tate (Alexander Lincoln and Claire King) are optimistic about a new client, he can’t help but meddle.

Therefore, he devises a trap — and it’s one that Jamie walks right into!

Yes, Jamie meets with a man he believes to be the potential client, but it’s actually an imposter, and Mackenzie watches with glee as he shows Fake Greg the accounts.

However, Jamie and Kim soon realise that they’ve been tricked, and Kim wastes little time berating her son for allowing them to be duped.

Mackenzie celebrates his victory with Moira, as Jamie sets out for revenge.

The young man shows up outside the farm, and begins dousing the place in what he believes to be petrol.

Mackenzie finds the whole thing rather amusing, and he takes great delight in pointing out that its not petrol in the canister, but rather it’s just water!

Feeling humiliated once more, Jamie dreams of revenge, but Dawn Taylor (Olivia Bromley) attempts to talk him out of it, as she reiterates that Mackenzie will always come out on top.

Dawn leaves, hoping her words have had some effect on Jamie. However, Jamie soon spots the real petrol canister, and therefore decides to exact his revenge, as he heads off to Butlers with it in his hand.

Jamie begins to douse the place in petrol, but little does he know that little Kyle Winchester is playing hide and seek in the barn!

What happened next remains to be seen, but Moira is later left seething.

Hellbent on revenge, she enters Home Farm with a gun, and Real Greg hightails it out of there as she turns the gun and pulls the trigger!

Has Moira committed murder once more? If so, just who is it that she’s killed?

How tall is Dermot O’Leary? 6 fun facts about the X Factor 2019 host