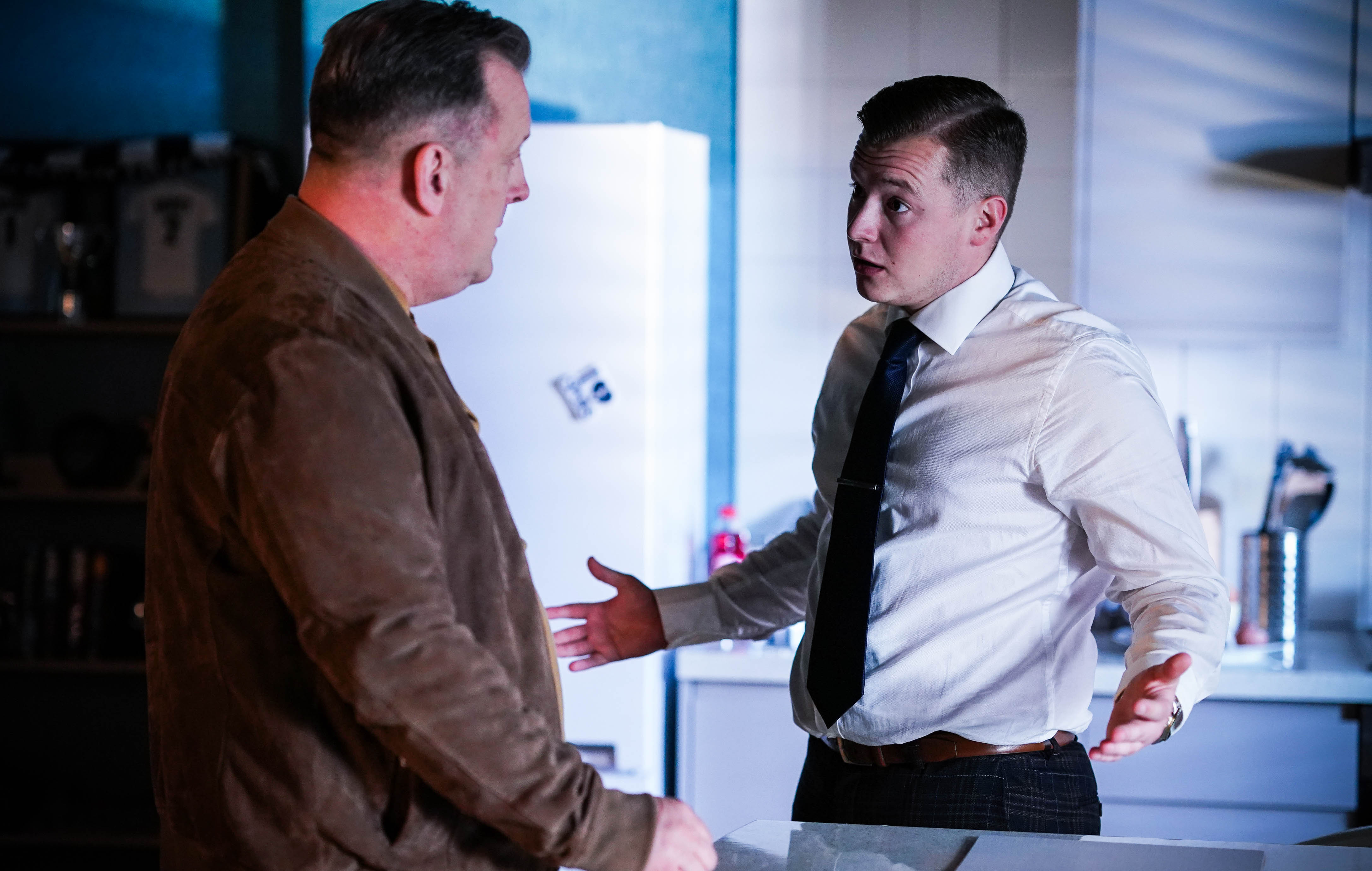 Over New Year, Aaron and his gang escalated their plan to try and prevent the new mosque from opening.

Planting a bomb near the Argee Bhajee, it looked as though it would soon go off.

However, when Aaron discovered Dana’s (Barbara Smith) plans meant she’d be near the bomb, he confessed all to Harvey (Ross Boatman), which led to the police arriving and safely detonating the device.

As the aftermath continues to unfold, Aaron meets up with his mate, Neil, but he isn’t a happy man.

Showing Aaron a disturbing video, Neil then throws him against a wall and tells him he’s a grass.

Knowing Harvey and Dana aren’t safe, Aaron decides to visit the group and convince them Neil has lost his mind.

Aaron reveals he’s managed to convince the others, but it comes with a catch – he now has to take Neil’s place and run the operation in Manchester.

Harvey begs Aaron to reconsider taking the job, but Aaron tells him there is no other way to keep them safe.

Will this be the last we see of Aaron?

Could he leave London, only to put people’s lives in danger in Manchester?

Oliver Stone Asks Vladimir Putin to Be His Daughter's Godfather