SIMON Cowell showed off his four stone weight loss as he braved the sub-zero temperatures in London.

The talent judge, 61, braved the cold as he walked through London with fellow British talent manager Jonathan Shalit. 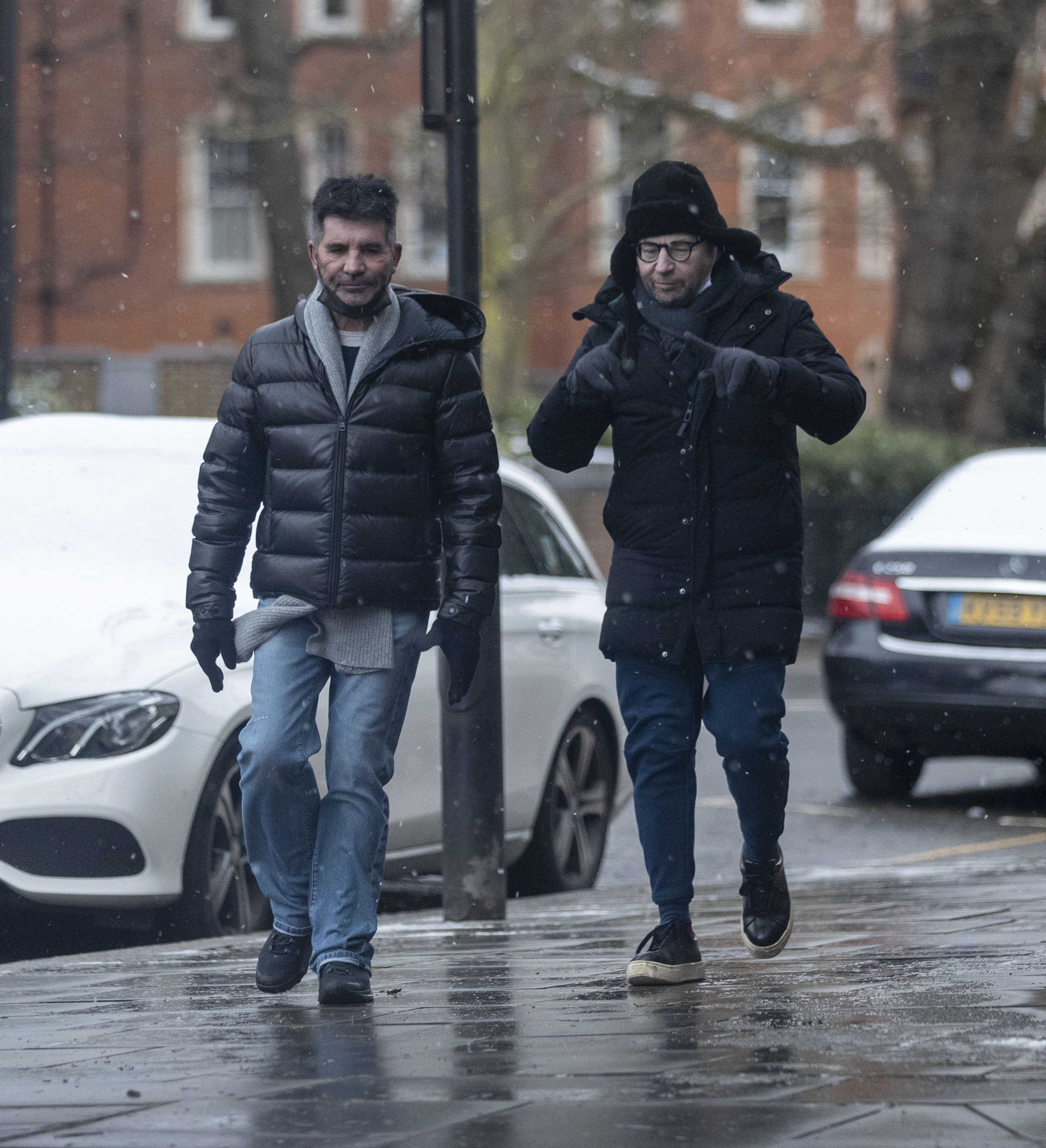 Simon made sure to dress warmly, donning a pair of blue jeans with a black puffy jacket and his scarf poking down.

He had his face mask around his chin and wore black gloves. as the pair engaged in in conversation.

The snow continued to fall but it didn't settle as they walked through the street and round the corner.

Jonathan wore a big black coat with blue jeans as well, opting for a a floppy hat to help cover his ears. 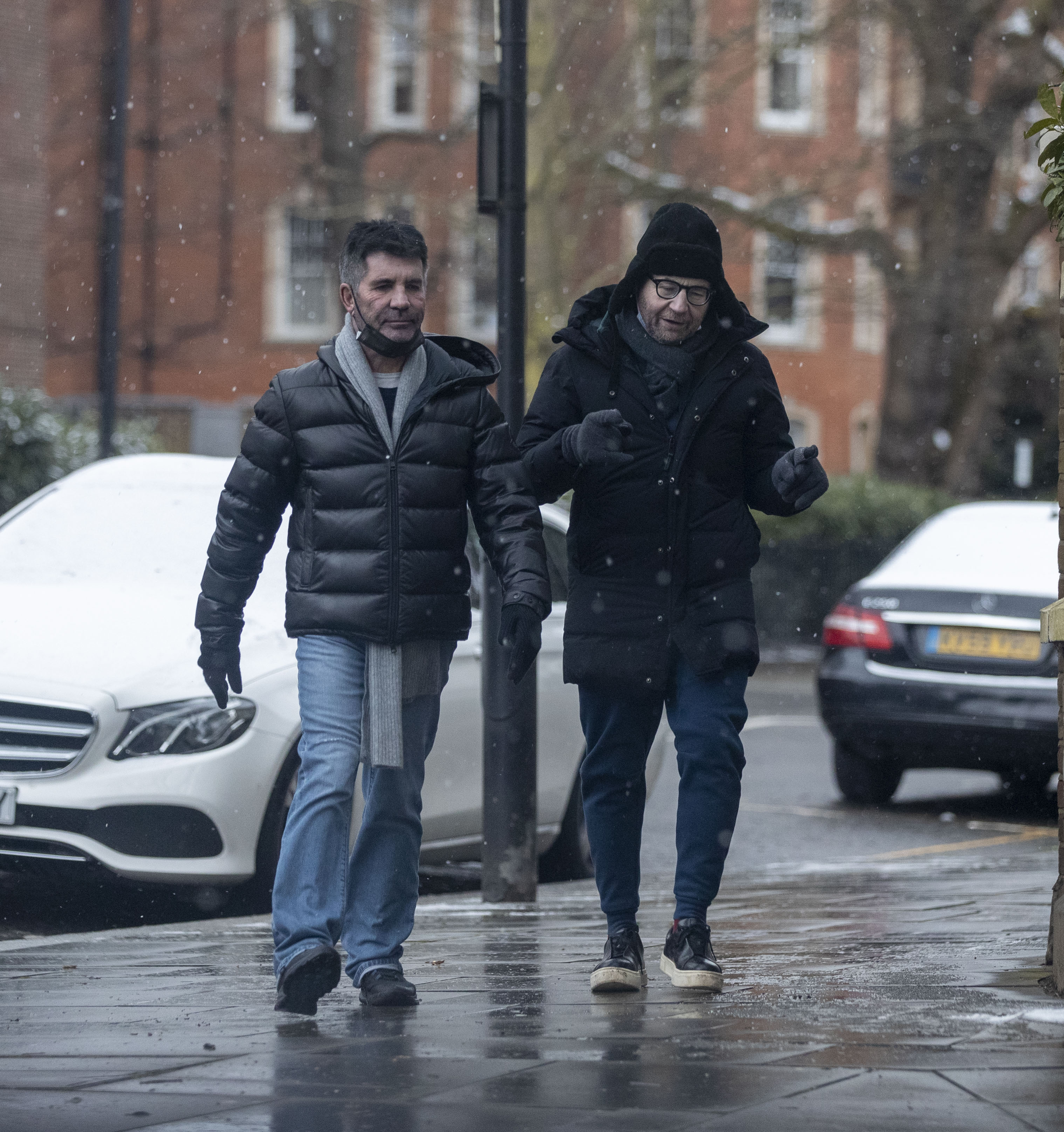 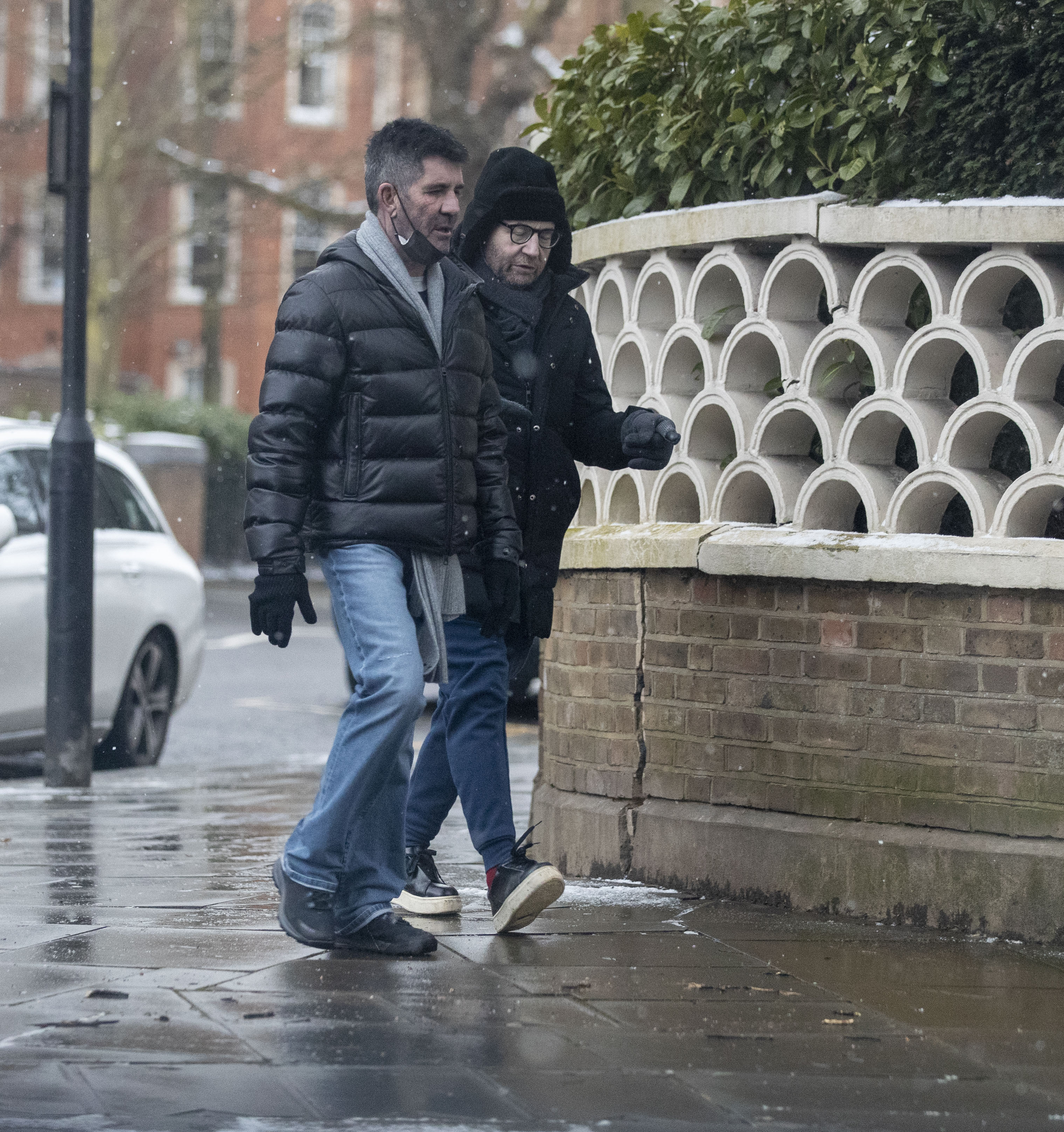 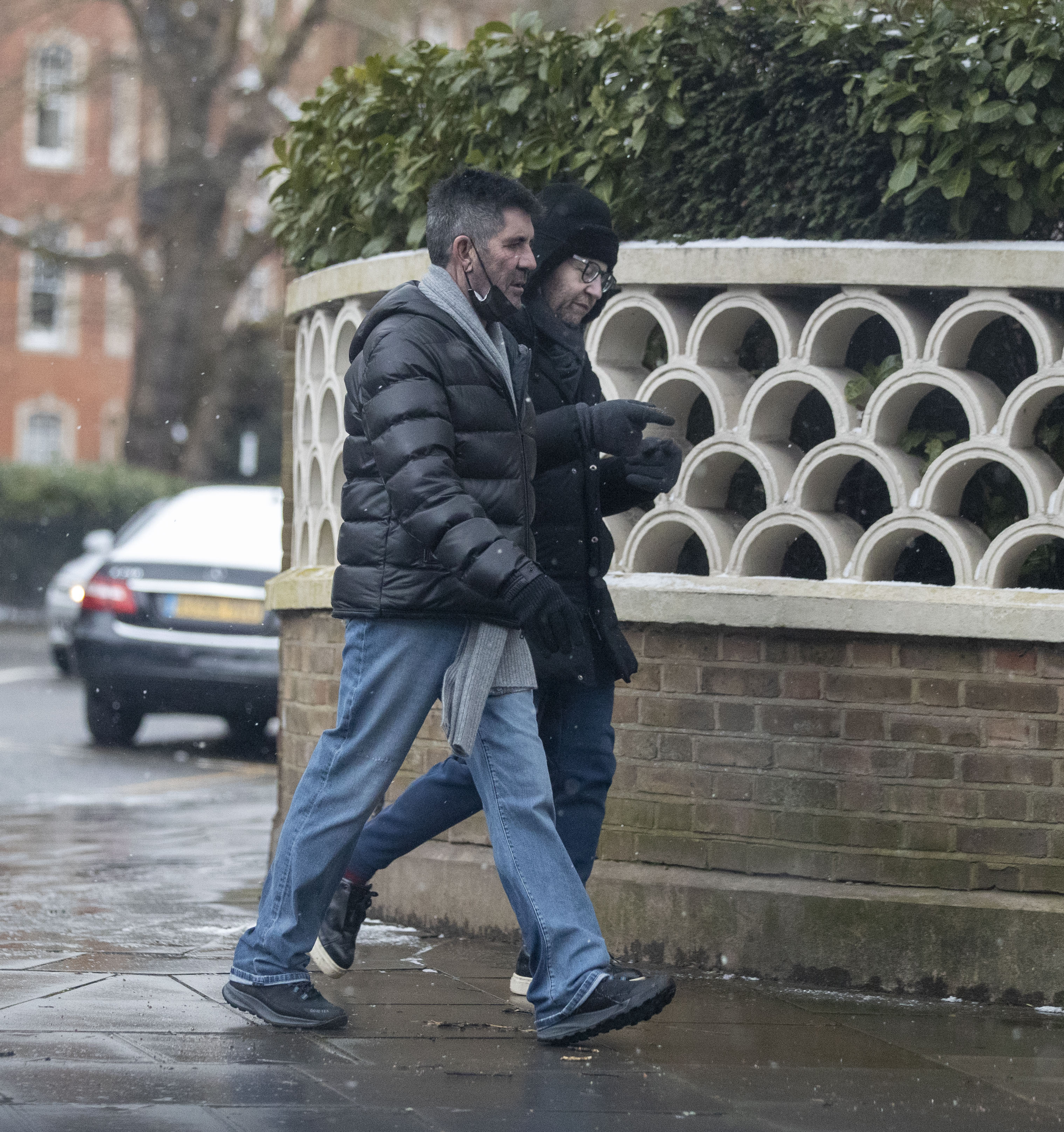 Simon is back in the UK this month for the first time after his terrifying fall in Los Angeles five months ago.

The showbiz boss narrowly avoided being paralysed after falling off his electric bike.

He was rushed to hospital, where he went through six hours of surgery.

This outing comes just weeks after he was seen lifting weights on a yacht in Barbados with girlfriend Lauren.

Pal Sinitta revealed back in October that he had put on weight to aid his recovery, but right now Simon is looking better than ever before. 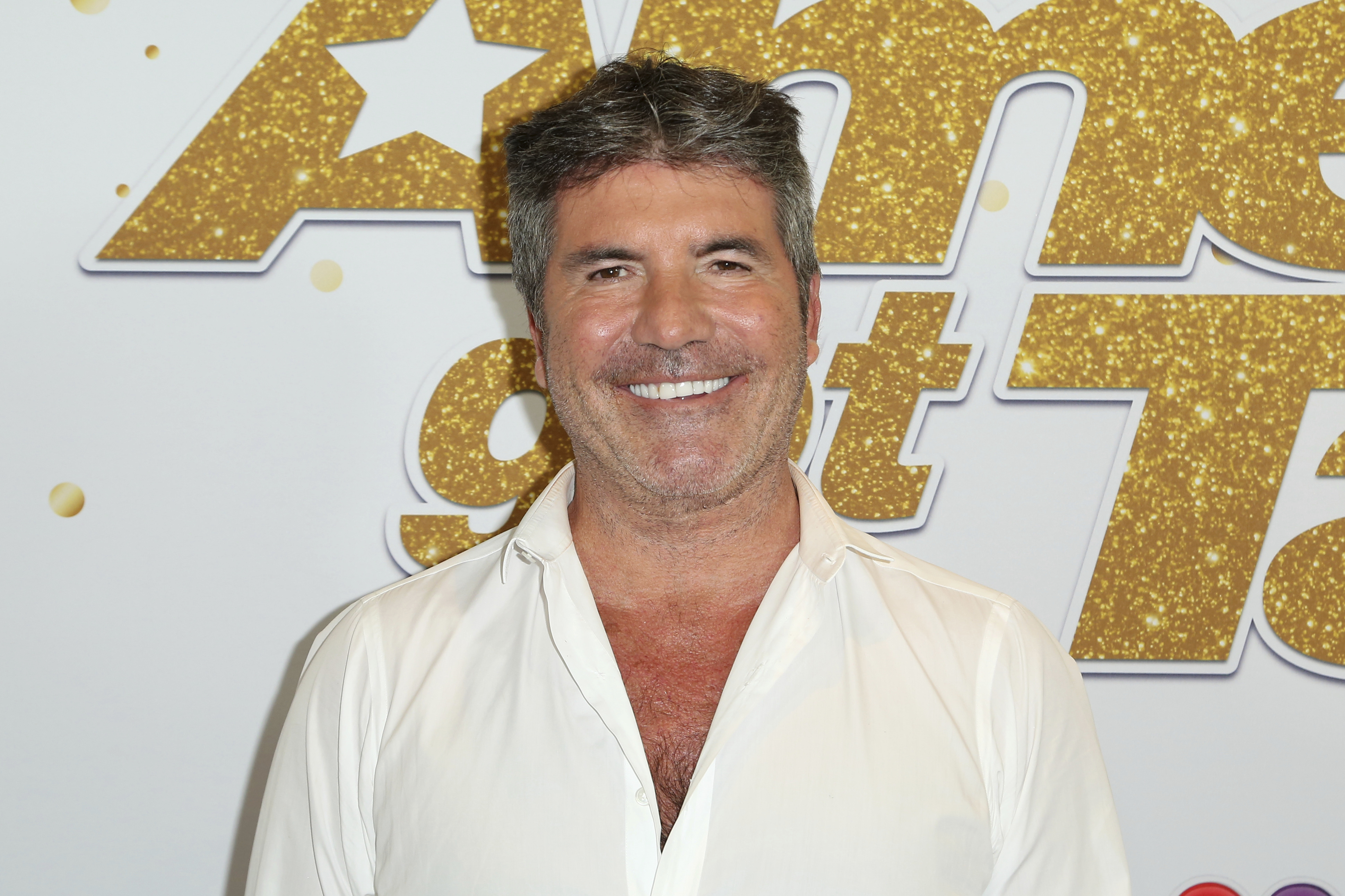 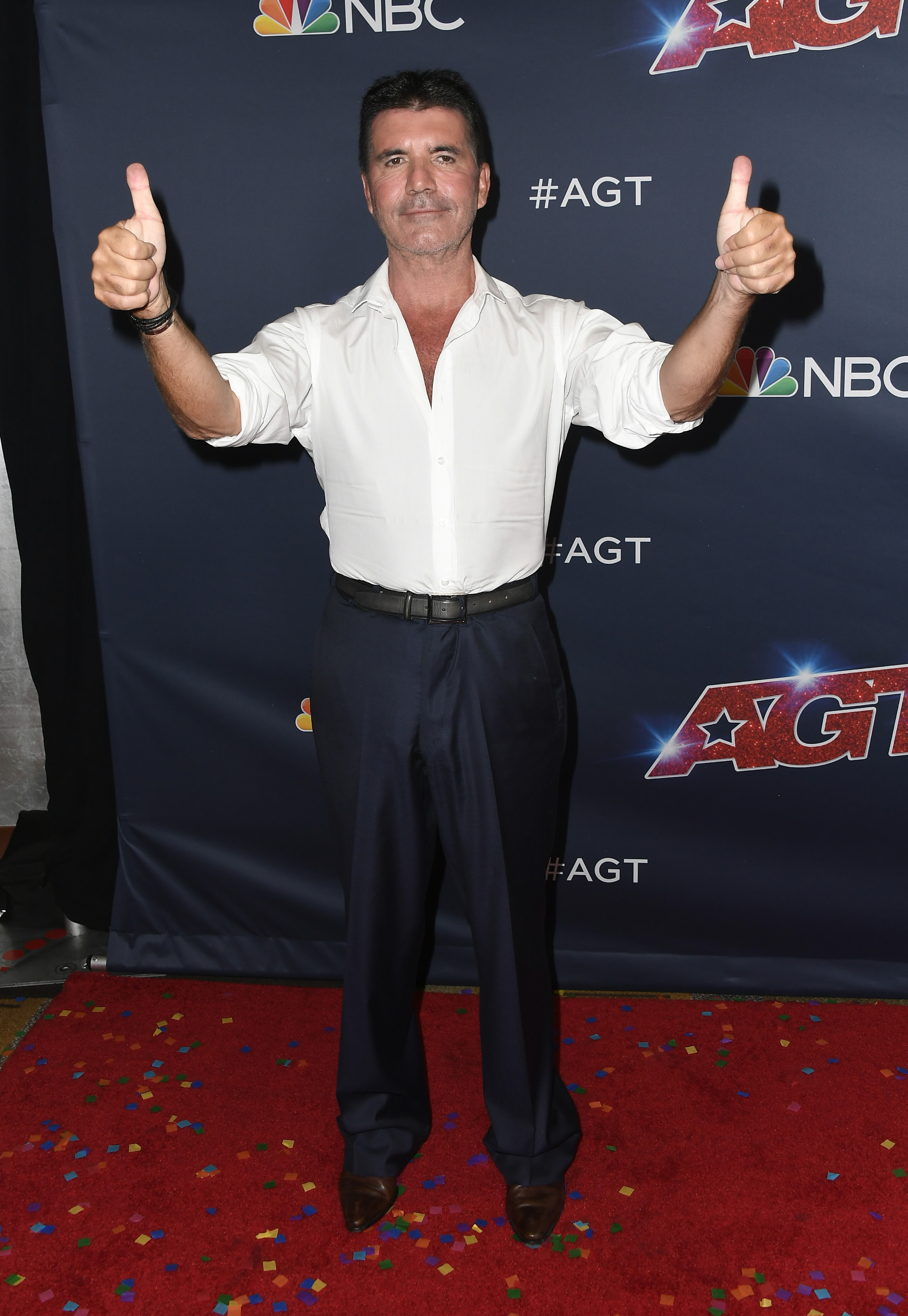 But Simon successfully managed to keep the weight off.

He first revealed his incredible weight loss transformation – which has seen him drop four waist sizes – in 2019.

He lost 4st (60lbs) after embarking on a health and fitness regime, by swapping the sausage rolls and hamburgers for a plant-based diet.

However in an interview with The Sun in January 2020, he admitted he still eats white meat such as chicken and turkey. 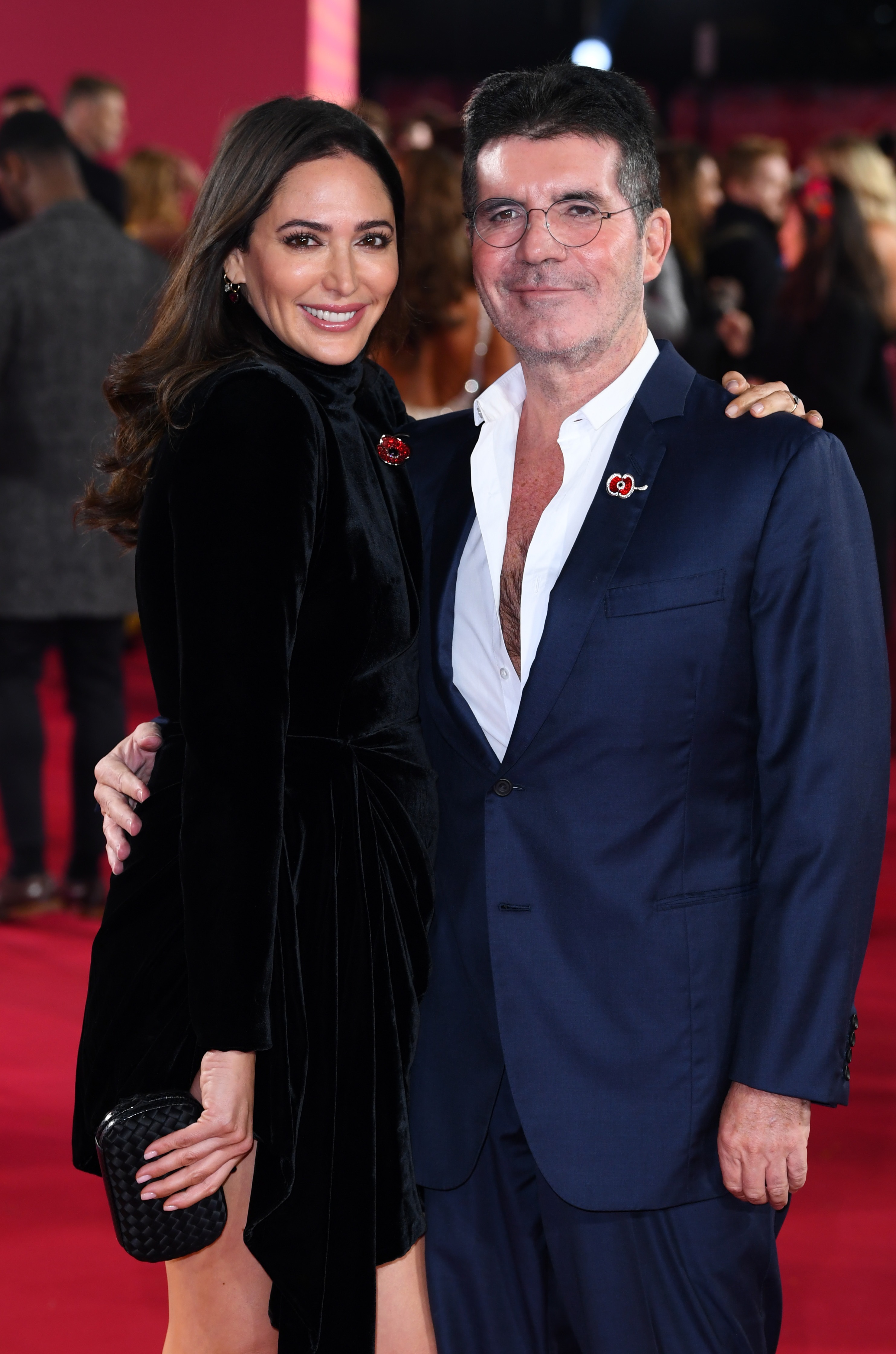 Simon decided to change his ways after he injured himself in a fall down stairs at his London home in October 2017.

The star has admitted that things get difficult when his six-year-old son orders his favourite takeaway.

He previously admitted: “The only difficult thing is when Eric orders a pizza… that’s the number one thing I miss.”

Why Lisa Kudrow Once Got Sued By Her Former Manager