Once again, Hannah Brown finds herself dealing with the squabbles of men.

In a preview for The Bachelorette‘s June 11 episode—it’s not airing on Monday, June 10 because of basketball—Hannah is literally in the middle of Luke P. and Luke S. going at it. What she does is beyond relatable.

“I’m really confused, so I just want to hear you both talk to each other about this. Like, what’s going on,” Hannah says to the Lukes.

Luke S. starts things off, airing his grievances with Luke P. regarding the tequila company—”which doesn’t even exist yet”—and how Luke P. said he would clear the air with Hannah, only to twist some things around again.

“You had strongly advised me to go talk to her,” Luke P. tries to explain.

“If you phrase it to Hannah that I forced you to go do that she’s clearly going to be upset with me. Do you understand that?” Luke S. says.

But Luke P. is standing by his feelings, that he doesn’t think Luke S. is there for the right reasons.

“I’m not going to sit here and ever tell Hannah that I don’t believe,” Luke P. says. 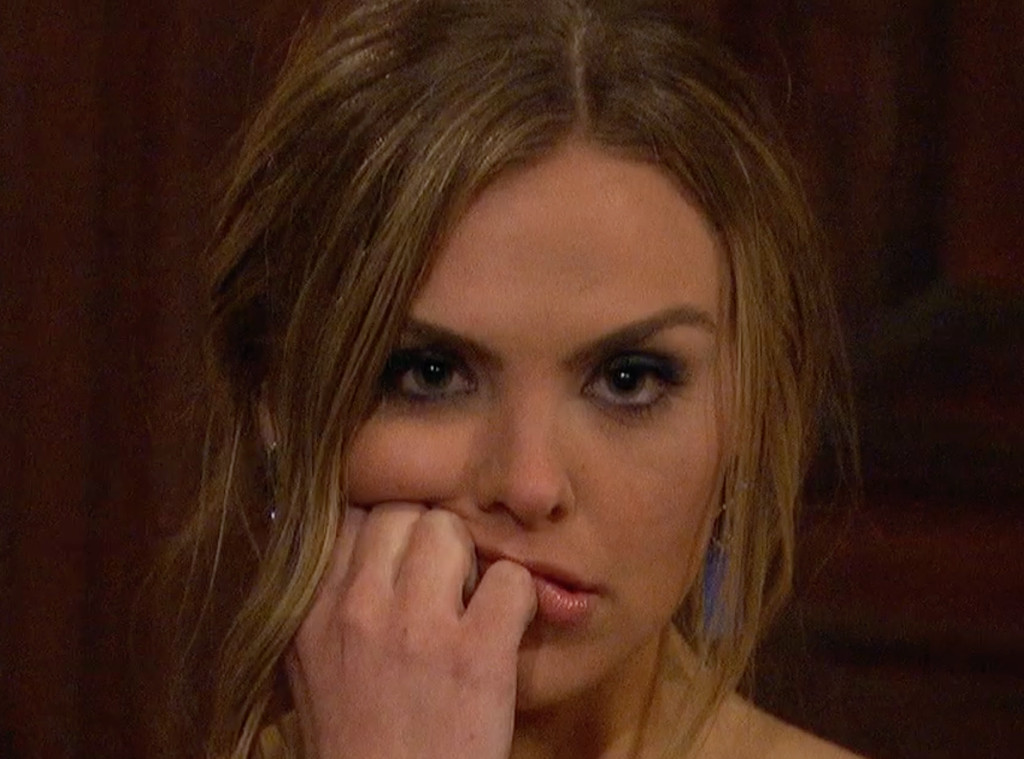 The bickering finally becomes too much and Hannah? She just walks away.

In an interview with The Bachelor veteran Nick Viall for his podcast, Hannah explained her instant attraction.

“My relationship with Luke P., especially at the beginning, like the instant connection, reminded me a lot of my really long-term relationship and so it was like this initial attraction of like, goo goo ga ga eyes,” Hannah said. “And I know that like through what we’ve seen, I really held on to that. I hadn’t had a connection like that in a really long time, and when it had for me, it was like…it was huge. And he is a spark of something that I can see. He’s like the brightest light out there and I don’t know if the light is like a ‘do not come here’ caution light, or like the beacon. He’s the brightest thing that’s like attracting me right now.”