Home » TV & Movies » Secret family revealed for Howie in EastEnders as he cheats on Kim? 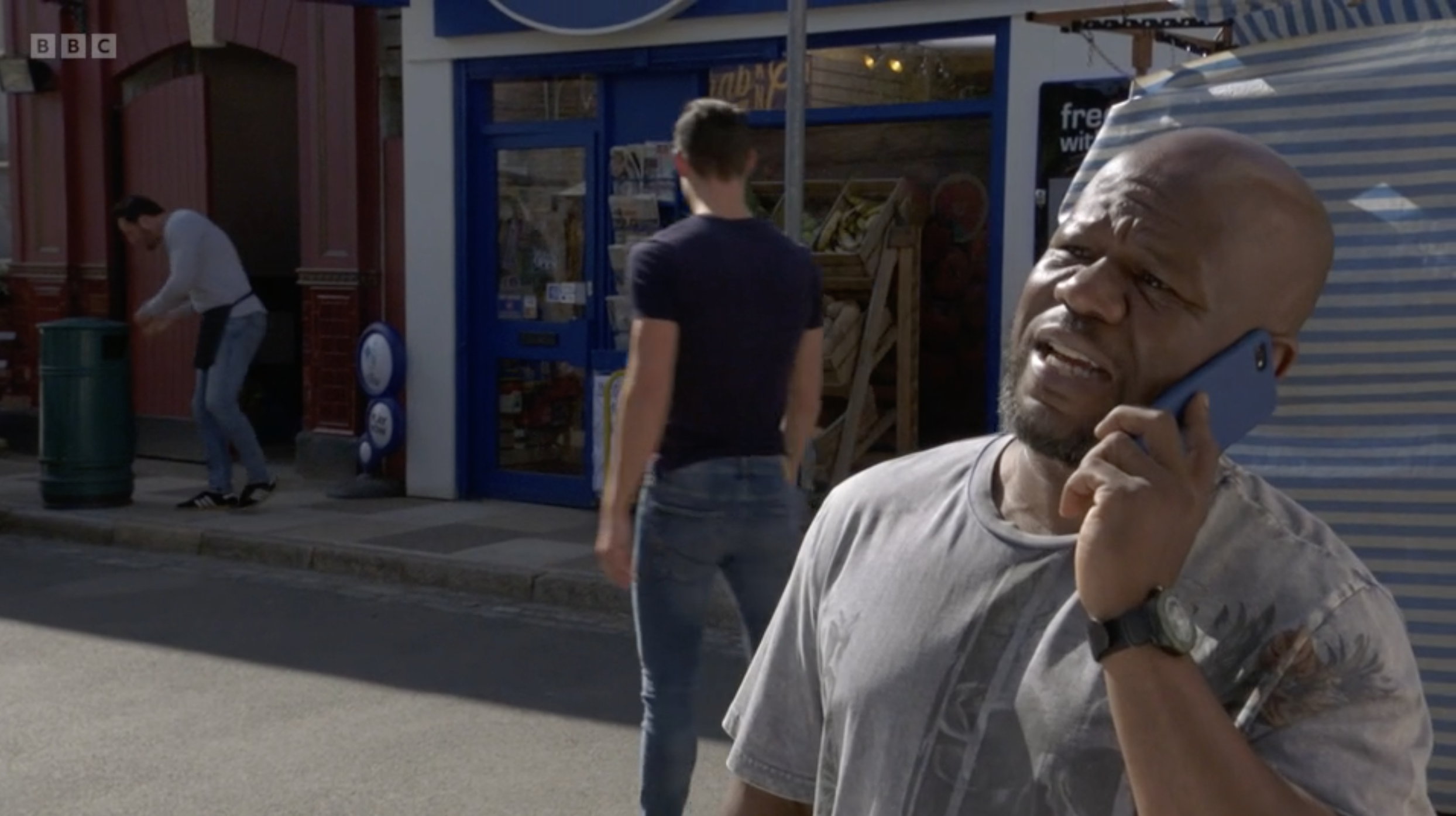 Kim Fox (Tameka Empson) could be set to have her heart broken once more in EastEnders, as Howie Danes (Delroy Atkinson) harbours a huge secret.

Howie, as viewers know, is madly in love with Kim, and he made his feelings known quite some time ago.

Kim, however, struggled to admit how she felt, telling Denise (Diane Parish) that she didn’t think she’d ever find love again after Vincent Hubbard (Richard Blackwood).

Things, however, took quite a turn, as with Howie having wound up injured due to Kim’s handbag being in the wrong place at the wrong time, Kim took him in to live with her, and romance soon blossomed.

Yes, it’s safe to say that Kim is incredibly happy right now, excited for what the future holds for her new relationship.

Little does she know, however, that Howie has a secret.

Monday’s (July 18) edition of the BBC One soap saw Howie pursue other avenues of employment, after a lucrative job opportunity was cancelled.

Kim swooped into action, determined to hep, and she even offered Howie’s services to Kathy Beale (Gillian Taylforth).

Howie’s mind, however, was elsewhere, as he received a mysterious phone call. He nipped away from prying eyes before taking the call, and told the person on the other end of the phone that he loves them.

The question is: just who is it that Howie’s talking to? Is he cheating on Kim? Does he have a secret family? Or is there more to tale than meets the eye?

EastEnders continues Tuesday July 19 at 7:30pm on BBC One