You won’t be able to swing a cat(woman) in the DC Extended Universe soon without hitting a Batman. Affleck will continue in the main Justice League-related films. It’s already rumoured that in the upcoming Flash solo movie Affleck with come face to face with the Michael Keaton iteration. And now we have a younger version. Not as young as the TV show Gotham’s pre-teen, but certainly the youngest seen on the big screen. The first Batman trailer aired over the weekend. What did Snyder think?

The latest Pattinson version portrays a youthful man who is learning his craft as the city’s protector.

He also relies rather more on his detective skills than traditionally shown in the movies.

However, there doesn’t seem to be any noticeable improvement on his usual taciturn, brooding charm. It’s not quite Sadfleck but definitely heavy on the angst.

Snyder’s response, however, was anything but… 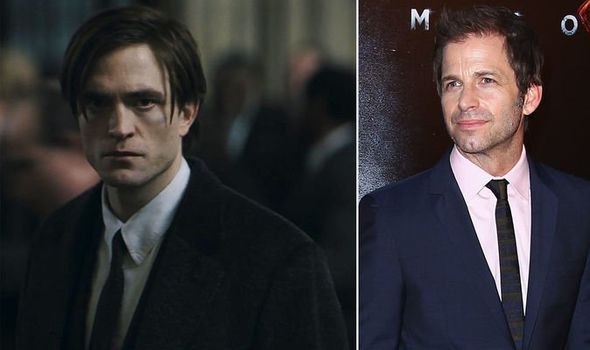 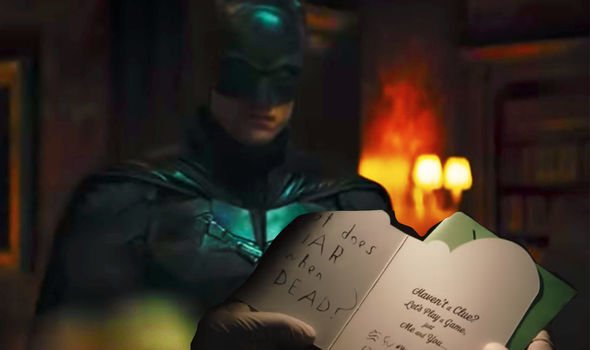 Like everyone, he saw the new trailer at DC Fandome, where he was unveiling the first look at his own four-part Justice League reboot.

Snyder said: “I actually just texted Matt after and I was like, ‘What the f**k! This is cool!’.

“As far as just being a fan, it’s the kind of movie I want to see.”

High praise indeed from the man Warner Bros originally entrusted with the entire DC comics journey to the big screen.

The Batman trailer seems to be setting up The Riddler as his main adversary, with mind-bending puzzles being left for Bruce Wayne’s fledgling hero to solve.

Even more mind-blowing was the first glimpse of Colin Farrell’s Penguin, utterly unrecognisable under the latex and make-up.

As for Snyder’s own cherished project, the wait has finally been worth it for loyal fans.

After years of speculation and intense non-stop lobbying of WB from the fans, the ‘Snyder Cut’ of Justice League is finally heading the the screen, small not big.

The four one-hour episodes will be coming to the streaming platform HBO Max some time next year with all the reinstated deleted material from the movie as well as new scenes expanding on the director’s original vision.

Will Netflix's 'Sweet Magnolias' Get a Season 2? Star Jamie Lynn Spears Says It Would Be 'a Dream' to Keep Working on the Show

Just Days After Its Death, MoviePass May Be Resurrected