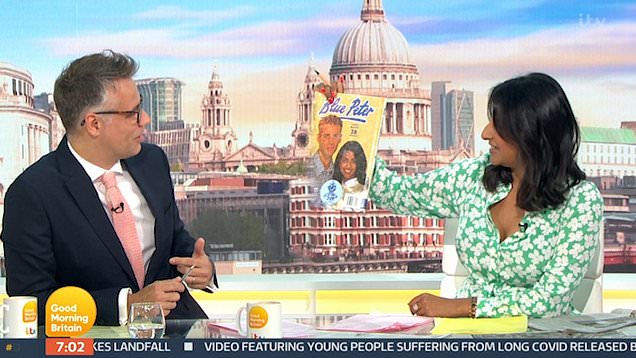 Richard Bacon was again forced to awkwardly dodge discussing the drugs scandal that saw him axed from Blue Peter on Good Morning Britain.

The TV presenter returned to the ITV breakfast programme on Monday to host alongside Ranvir Singh.

Following Andi Peters’ competition segment, Richard held up an old Blue Peter annual book and said: ‘Thank you Andi, I find it awkward holding this so I am gonna you know, put it down…’

Taking a good look at the book, Ranvir exclaimed: ‘This is lovely!’ to which Richard quipped: ‘Not that lovely.’

However, Ranvir wondered where Richard’s photo was before finding him on the back.

He then reminded his co-host: ‘Andi brought it up on Friday, it’s the one where I prematurely left that show for reasons we don’t need to discuss Ranvir, but I think it is the only one left,’ clearly referring to his sensational firing from the long-running children’s programme.

Ranvir then showered him with compliments and said it was ‘impressive’ that he hadn’t aged in over two decades, but Richard admitted: ‘There is just something about it that makes me feel awkward… it’s fine.’ 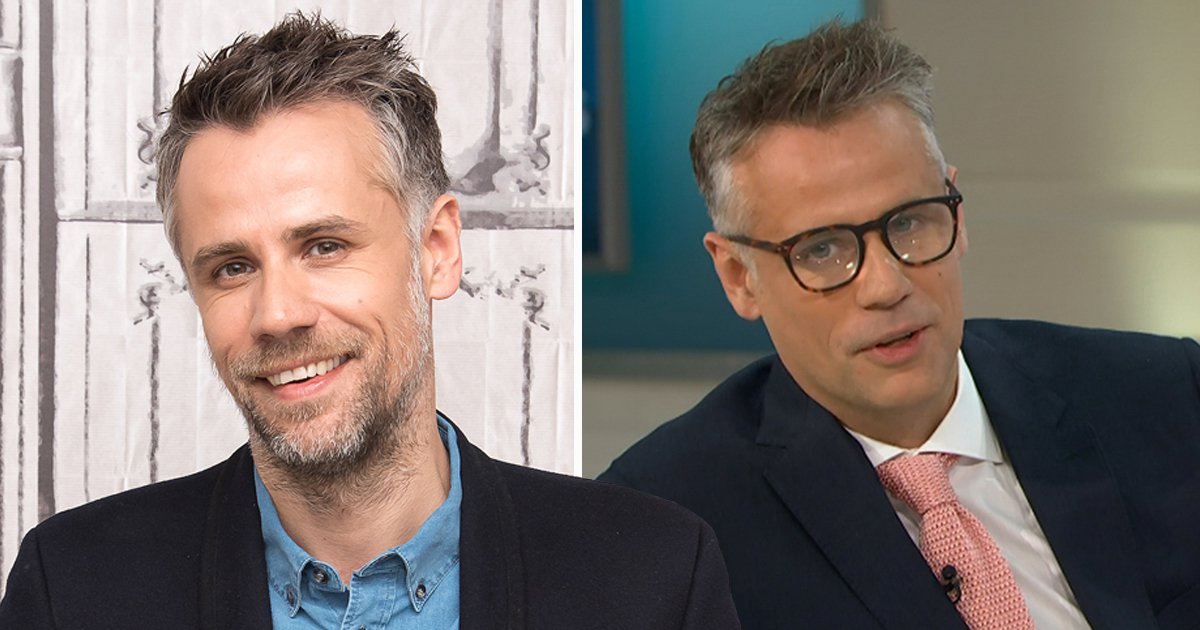 The 45-year-old was axed from Blue Peter in 1998 after just 18 months presenting the show when the News Of The World published a report about him taking cocaine. He was the first Blue Peter presenter to have his contract terminated mid-season, but he eventually managed to recover his TV career.

During an episode of GMB last week, Richard was roasted over the scandal during another competition segment with Andi.

After Andi presented the Blue Peter annual book, Richard joked: ‘Well, do you know what, that might be worth more than £95,000 because when I prematurely left the children’s television [show] – we don’t need to go into it, Andy!’

Richard is currently appearing as a guest host on GMB while regular hosts enjoy the summer break. However, he did buddy up with Susanna Reid to host the news programme last week.

Good Morning Britain airs weekdays at 6am on ITV.

John Travolta on His Kids' Lives Now: Ella is 'Generous and Gorgeous' and Ben Loves Fishing and Tennis