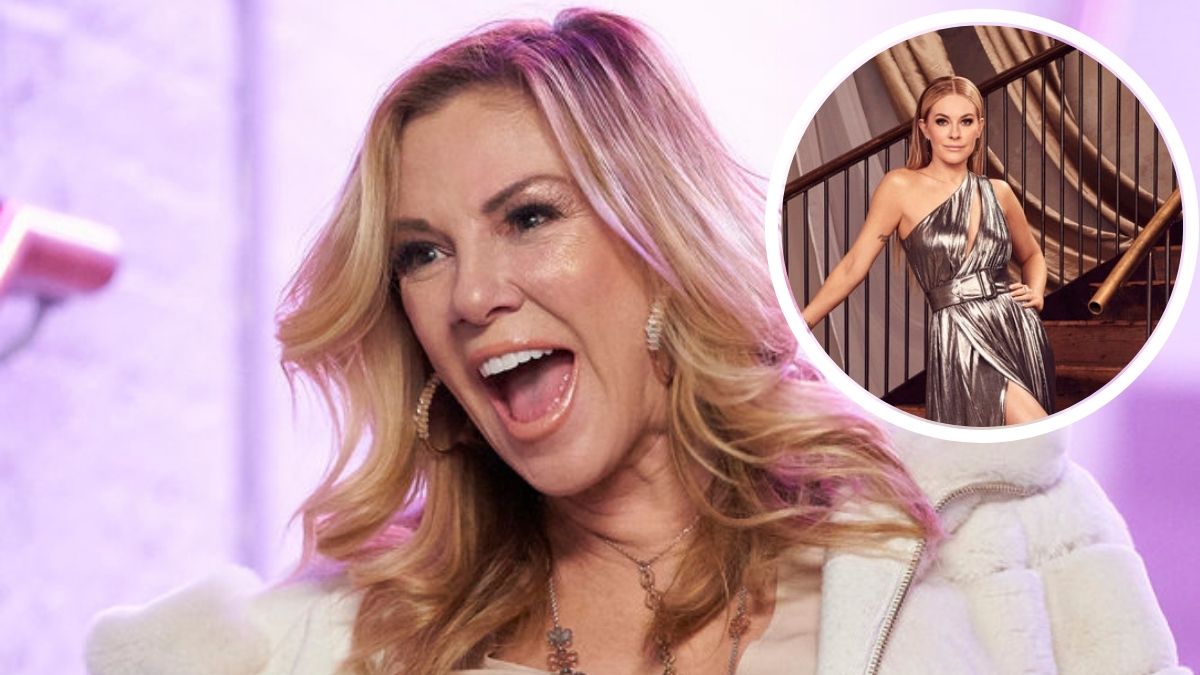 This might be great news for some RHONY viewers, but others may not be too happy about it.

Ramona Singer is officially returning for Season 13 despite some fans begging for the OG to be fired.

Ramona is one of the original housewives who’s been with the show from the very beginning. However, her lack of awareness regarding certain issues along with her tone-deaf behavior often rubs viewers the wrong way.

This season the “turtle time” aficionado ticked off many fans with her unfair judgement of newbie, Leah McSweeney. But it’s when she decided to talk about Leah’s mental health on the show that fans really turned against the long-time housewife.

Add her questionable behavior during the COVID-19 pandemic to the list and RHONY viewers were officially fed up with Ramona.

As you scroll through comments on social media you’ll see many long-time viewers saying that it was finally time for Singer to make her exit.

Well, that won’t be happening , at least not yet!

Ramona is returning for Season 13

The OG housewife recently shared the news on social media,  confirming her return for Season 13.

A viewer asked the 63-year-old if she would be coming back to the show and she replied, “Yes, I’m coming back.” 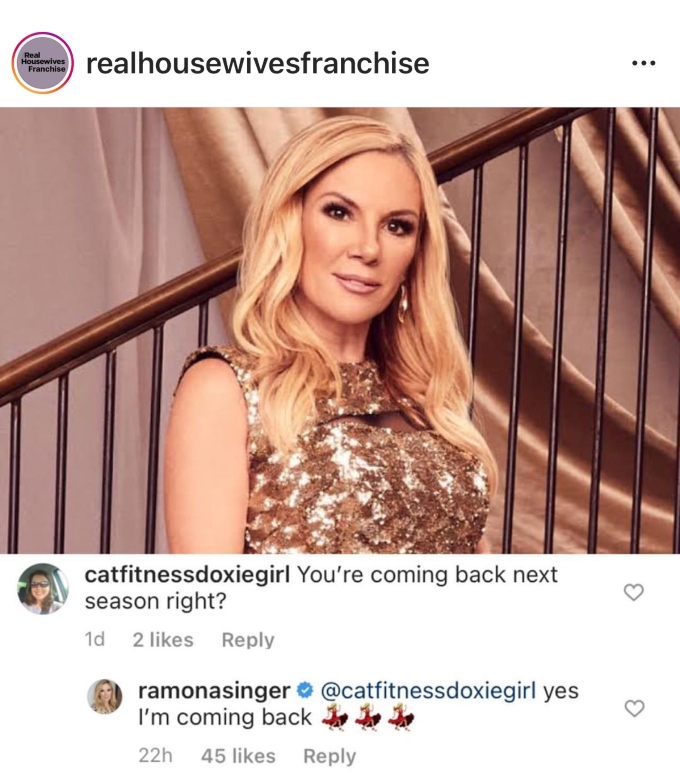 Ramona’s announcement was met with mixed feedback from RHONY fans– some of whom have grown tired of her antics over the years.

However, while she may rub some fans the wrong way, she certainly knows how to bring the drama, which makes for good reality TV.

This will spell 13 years that the Bravo alum has been a cast member on the New York City franchise.

One person who won’t be returning to RHONY is Dorinda Medley, who got a the ax a few weeks ago after a very tumultuous season.

Tinsley Mortimer also left the show mid-season, so there are two open slots for new housewives to make their entrance.

So far we’ve learned about one new addition, Bertram Shaw, who has already started filming. It’s not yet clear if she will be a friend or a full time cast member.

Leah is getting a pay raise

Our favorite newcomer Queen Leah is also returning to RHONY for her second season.

And we hear Bravo is finally coughing up the coins to give our girl a well-deserved pay raise.

Page Six reports that Leah was only paid $3,000 per episode during her first stint on the show.

Leah was reportedly on the fence about returning for  a second season after the network tried to offer her a small raise.

However, it seems Bravo and Leah have come to a mutual decision and she will be paid $10,000 per episode for Season 13.

This newbie deserves a lot more than that, but we’re just happy that she’s back for what will undoubtedly be a crazy season.