Channel 4 viewers were treated to another instalment of 8 Out of 10 Cats Does Countdown tonight, with guests Daisy May Cooper, Adam Buxton, Richard Ayoade and Ivo Graham joining show regulars Jimmy, Rachel and Susie Dent. Rachel was on hand to offer up her numbers skills, as usual, however, when host Jimmy asked Daisy May about previous Countdown numbers whiz, Carol Vorderman, she delivered a swipe to the former star of the show, explaining how she thought Rachel was “better.”

After introducing the BAFTA-award winner, Jimmy quizzed Daisy May on whether she enjoyed the programme she was appearing on.

He asked: “First time on the show, are you a fan of Countdown?”

Delivering her honest reply, she said: “I was when Richard Whiteley was doing it,” leaving the host looking disappointed. 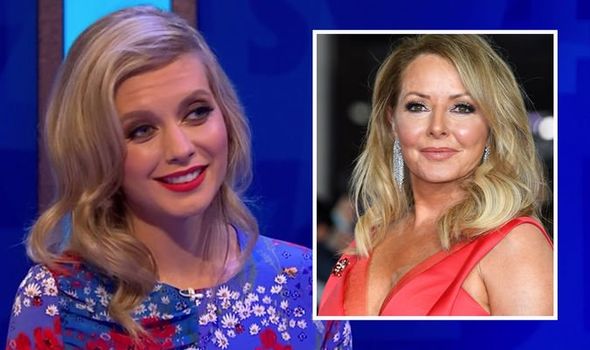 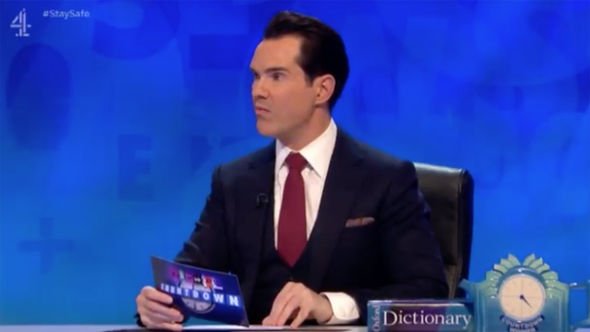 “And Carol Vorderman,” Daisy agreed, before quickly backtracking, saying: “No, no, no.”

Pointing to Rachel, the guest remarked: “Actually no, this one’s better.”

This left Rachel speechless, with the audience erupting into laughter before Jimmy swiftly moved on after the snub.

Asking her how she thought she would get on during the show, Jimmy continued: “Maths or letters, what are you going to get better at?” 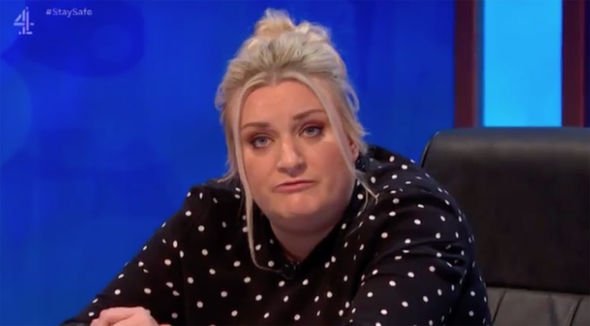 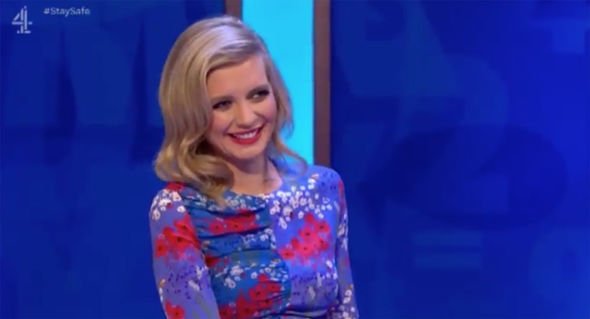 “Neither,” she admitted, going on to explain how she had a particularly tough time in one subject in particular while at school.

“I got a U actually, in maths, a U… an ungraded. I don’t even know what the percentage for that is.

“I don’t think I got any questions right, that’s pretty bad!”

Jimmy joked about the poor result further, with Daisy adding: “You can’t even grade this wow!”

However, she was pleased when the host brought up her recent successes with her BBC sitcom, This Country, remarking: “But you got a BAFTA for a sitcom?”

Later on, show regular Joe Wilkinson wheeled himself out to do a spot of fortune-telling after announcing he now did it “part-time”.

Susie volunteered to have her fortune told by the comedian in a typically chaotic segment.

“It says here Susie, you’re going to spend the next 50 years in Dictionary Corner,” Joe revealed.

Earlier on in the show, Daisy May had brought out a special guest as her mascot, explaining: “It’s my 63-year-old parrot called Claude.

“This is my actual parrot, he’s a little bit… he can say hello on his terms,” she said.

8 Out of 10 Cats Does Countdown airs Fridays at 9pm on Channel 4.

Golden Globes Throwback: Laura Dern Was Miss Golden Globe When She Was 15 and She Was Serving an Entire Look

Emilia Clarke Was Bullied In School For This Totally Unfair Reason