Tariq St Patrick (played by Michael Rainey Jr) takes centre stage in Power Book II as he tries to get his mother Tasha (Naturi Naughton) out of prison. Tariq hasn’t seen his mum since she was led off in handcuffs by Blanca Rodriguez (Monique Gabriela Curnen) for the murder of James ‘Ghost’ St Patrick (Omari Hardwick) in the Power finale. However, it looks like it’ll be far from plain sailing if the new full-length trailer by Starz is anything to go by.

Tariq looks on the warpath in Power Book II in his mission to free his mum while studying at college.

In the new trailer, Tariq’s plans to hire hotshot lawyer Davis MacLean (Method Man) come into full force and the only way to earn the funds to buy his services is to follow in his dad’s footsteps.

Power fans get a first peek at his allegiance with Monet (Mary J Blige) as well as a sight of returning detective Cooper Saxe (Shane Johnson) who is determined to seek the truth.

However, one person who played a major part in the arrest of Tasha was Blanca – but she doesn’t appear in the present-day trailer. 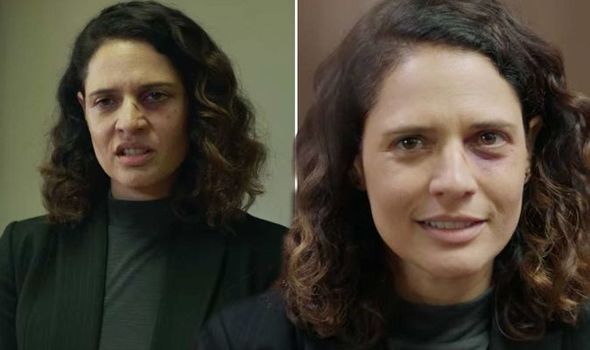 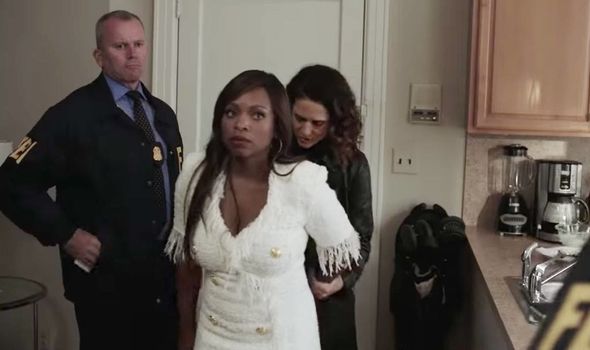 Power fans catch a glimpse of Blanca at the beginning of the promo in a flashback but she doesn’t pop up again.

However, Blanca fans needn’t fear as actor Curnen has dropped a huge hint that she will be returning to the cast.

“What’s a boy to do after he kills his father? Choose wisely,” she began. 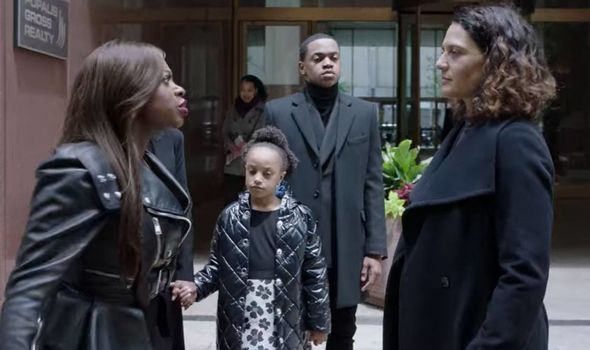 The Power star added: “Cannot wait to see how this next chapter unfolds…and with this powerhouse cast.

“Maybe Sgt. Rodriguez is gonna pop up like she has a tendency to do?? #Repost & thank you, @courtneyakemp.”

Could this “tendency” translate to the screen and see Blanca search for the truth once and for all?

Curnen’s fans were quick to express their thoughts and theories on seeing Blanca return.

Replying to her Instagram, one fan commented: “I hope you and Tommy are back!”

A second agreed: “Please come back in, [fire emojis].”

While a third added: “@moniquecurnen I hope you do pop up!!! All your beauty is powerful in its own right!”

Fans will have to wait for the premiere to find out for sure about Blanca’s return but there were a handful of toher familiar faces confirmed to come back in the trailer.

However, it looks like there’s no appearance for Tommy egan (Joseph Sikora), who’ll star in his own spin-off, Book V: Force.