The fifth instalment of Line of Duty saw DC Chloe Bishop (played by Shalom Brune-Franklin) dig deeper into the death of Christopher Lawrence. The would be architect was attacked by a gang and later died in police custody. Chloe discovered a number of high-ranking members of the police force were involved into the investigation of how Christopher died. Now fans believe her investigation into the racially motivated attack may have inadvertently exposed DCS Patricia Carmichael (Anna Maxwell Martin) as H.

Fans have been desperately trying to work out who the final corrupt police officer is after it was revealed four people were H.

AC-12 are getting closer to uncovering the identity of the final H but it seems fans may have worked it out already.

“Obviously lots of people trying to guess who H is, and one fan is convinced it’s Patricia Carmichael who reappeared last Sunday,” Ria explained. 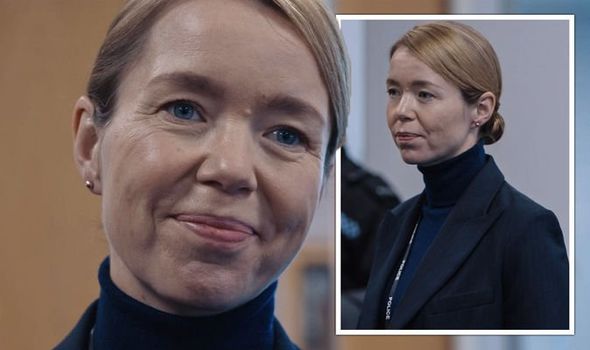 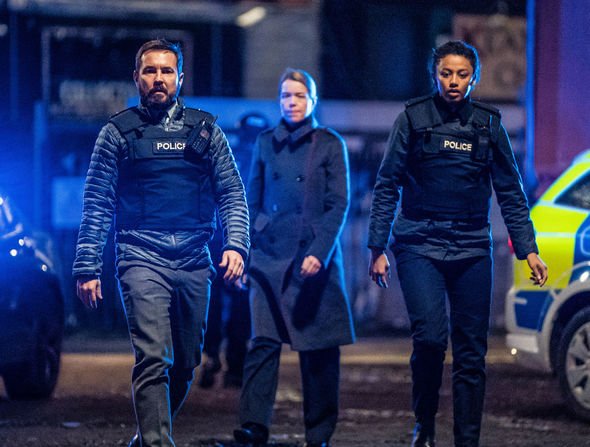 “She’s very bad! As we know Gail Vella was looking into the race claim of Christopher Lawrence’s murder.

“This eagle-eyed fan spotted a brilliant clue. If you look at the spelling of Carmichael, if you spell out ‘Race Claim,’ look what letter is missing.

“H! Very well done,” Ria continued but it was clear Lorraine wasn’t convinced about the theory.

Fans have been convinced Carmichael is H for almost a week due to the latest theory. 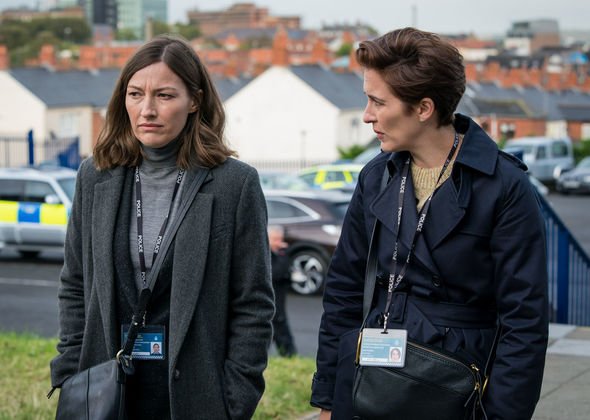 Taking to Twitter, one viewer posted: “We all know Patricia Carmichael is H. Jimmy Lakewell said ‘look beyond the RACE CLAIM to find H’.

Another added: “Carmic-H-ael. Just saying. #LineOfDuty,” as a third posted: “Carmichael is so bent, I swear she is H #LineOfDuty.”

Meanwhile fans are desperate to find out if PC Ryan Pilkington (Gregory Piper) or DI Kate Fleming (Vicky McClure) are dead after the deadly shoot out at the end of episode five.

However, some seem to have worked out what will happen next due to spoiler images and the trailer for the series.

In the trailer, Kate and DCI Jo Davidson (Kelly Macdonald) can be seen holding their hands above their head while surrounded by police officers.

As this scene is yet to take place, fans are certain it means Kate survived the shooting with Ryan and is now on the run with Jo.

Meanwhile, also in the trailer and spoiler images, police can be seen arriving at the lorry park where Kate was set to meet Jo, and find a body.

An unknown figure can be seen lying on the ground motionless and it seems to be Ryan with Kate and Jo missing.

Could Kate have finally got rid of bent copper and OCG member Ryan?

The synopsis for the next episode reads: “As AC-12 struggle to deal with the repercussions of tragic events, Hastings makes one final bid to uncover institutionalised corruption before his time runs out.”

Line of Duty airs Sunday on BBC One at 9pm.

Clint Eastwood Finds His Next Film, Coming On To Star And Direct ‘Cry Macho’ For Warner Bros

‘Where are they?!’ Zahawi grilled as search for Manaus variant ‘patient zero’ continues