The One Show: Owain Wyn Evans plays drums for guest

BBC weatherman Owain Wyn Evans became a household name last year when a clip of him playing the network’s news show’s theme tune on his drum kit went viral on social media. Now, Owain has become a popular figure with The One Show viewers as well, lending a helping hand to Alex Jones and Ronan Keating on a number of segments and films. On Thursday, Owain was back alongside the presenting duo for the show’s ‘One Big Thank You’ segment to show appreciation to a member of the public who’s been going the extra mile in these trying times.

On Thursday, it was the turns of Jess and Kathy Hayes in Eastleigh to be on the receiving end of The One Show’s ‘One Big thank You’, with Owain and his drums on hand to provide the surprise.

Alex introduced the segment saying: “Over the past year we’ve seen communities come together in all sorts of different ways to lift spirits.

“But for tonight’s One Big Thank You, we don’t think we’ve seen anything quite like what Jess Yates and her mother Kathy have been up to in Eastleigh.”

Ronan jumped in: “Since the start of the pandemic, Jess has played the steel drums on the birthday of every resident on her street, about 50 houses. It’s brought so much joy to their community.” 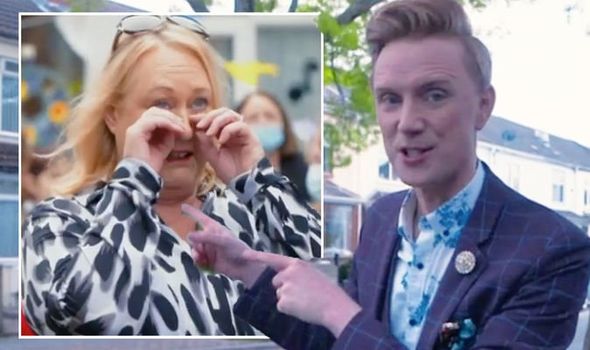 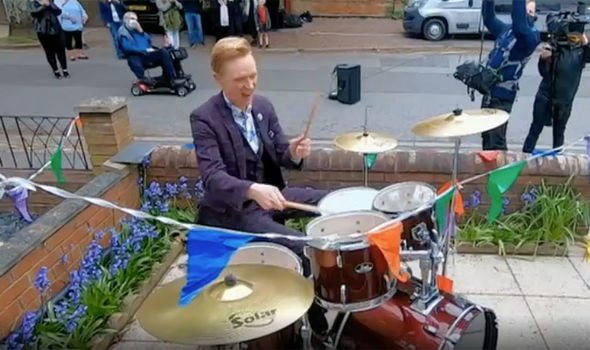 The One Show viewers then heard from a number of the duo’s friends and family, all of whom were full of praise for their efforts.

And given Kathy and Jess’ fondness for music, who better to surprise them on their doorstep than Owain.

Teaming up with the residents of the street, Owain had planned a musical performance Jess and Kathy would never forget.

“So that’s their house just over there and we’ve got a bit of a surprise for them,” Owain said as he and the locals got to work setting up the stage for the surprise. 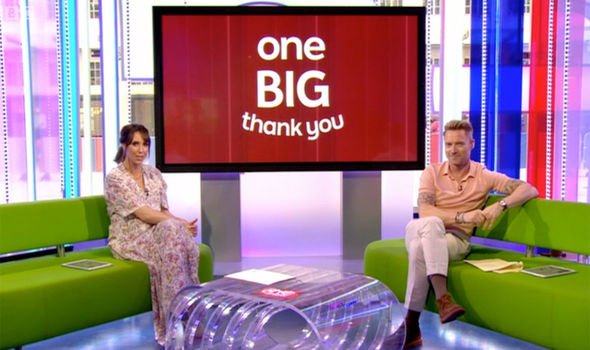 Moments later, Kathy and Jess’ breakfast was interrupted by the sound of Owain’s drum-playing outside and the two went to investigate.

As soon as Kathy opened the door, she became overwhelmed to see the BBC weatherman playing out a tune.

Kathy quickly became emotional as the rest of the street cheered and confetti began to fall onto their front garden.

“You look a bit shocked,” Owain joked as he spoke to the pair, with Kathy admitting: “I’m overwhelmed.”

But Owain’s drums weren’t the only surprise as he lined up a number of video messages from famous faces and those close to the pair who’d been helped by their efforts throughout the pandemic.

Alex soon popped up on-screen to thank the pair for all they’d done for their local community.

And the tears continued to flow as Kathy and Jess heard heartfelt messages from a number of residents who’d found help in their music.

It wasn’t just those on the street who were in tears by the sweet gesture either.

Commenting on the moment, one BBC viewer said on Twitter: “I really wish I lived in that street.

“What a lovely pair of kind, thoughtful ladies. Another One Big Thank you that left me in tears  #TheOneShow @BBCTheOneShow.”

While a second simply commented on the adorable moment: “Fabulous!”

The One Show continues weekdays at 7pm on BBC One.