In the Pixar SparkShort, “Nona” (from Disney+), Louis Gonzales tapped into childhood memories of bonding with his grandma over wrestling. However, he needed a conflict, so he came up with a story in which a five-year-old girl visits her grandma, who is too preoccupied with watching her favorite TV show, “E.W.W. Smashdown Wrestling,” to play with her. Undaunted, the granddaughter decides to have a friendly smashdown, which leads to a satisfying compromise.

“I drew a drawing of a grandma who loves wrestling because it was entertaining to me, but when I got into the SparkShort program, I realized that my grandma was the inspiration because she is the one I bonded with over wrestling,” said story supervisor Gonzales (“Ratatouille” and “The Incredibles”). “I was a quiet kid and she was a big personality. I always went up to her and hugged her, and I was a little nervous. And I remember her coming up to me once and [we talked about wrestling], and I thought my grandma was the coolest.”

It was the defining experience that eventually led Gonzales to make “Nona,” but not before wrestling with is own fears of failure in tackling a short. As a story artist, he knew how to draw, but he was unsure of his ability to tell a story. But then a friend encouraged him to get a producer (which he found in manager Courtney Casper Kent) and to put together a small team of 30 artists to work with for six months, and, most of all, to keep it simple.

“You have to really kind of mix and match and really design,” Gonzales said. “I had an idea for the design that I was sketching. I didn’t bring on an art director. I just figured I’d handle the art because I wanted to be the small translation between myself and the modelers. 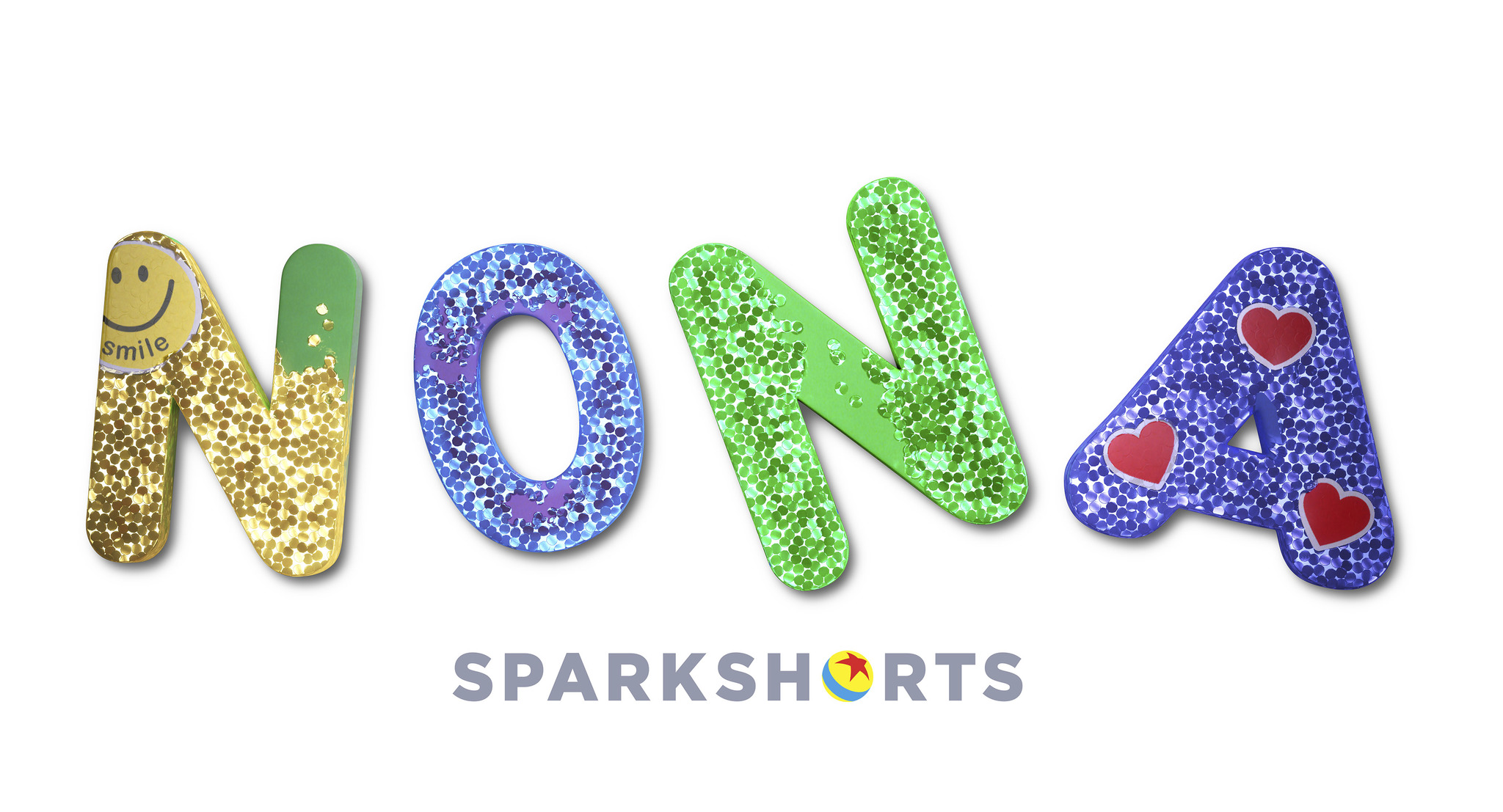 “But here’s the thing: Spark has limited resources and we have to use other rigs because we can’t afford to build from scratch. So we had to borrow other rigs, other furniture from other movies and then model them into the shapes that we [wanted]. We kept doing draw-overs and it was great. No stylistic influence. The set was more of a vibe of older, Spanish-style apartment buildings in the Hollywood area, a little [more] dilapidated that I’m familiar with. It was about finding these tangible details that lived within me.”

Yet it was the story beats between the grandma and her granddaughter that required the most work. “It was important how we viewed these characters, having a grandmother who isn’t baking cookies and completely focused on the grandchild because that’s what we put in media. She’s focused on [watching wrestling] and when the granddaughter comes in, she has to be a force that’s just like her grandmother. Grandma’s not hurting her feelings, she’s just trying to balance two things here.

“But the granddaughter keeps coming back [for attention]. That’s what kids do, they’re resilient, they’re curious, they have unbridled energy. It’s important to have that strong young girl stand up for herself.”

And when she does, it was important to have the story pivot in the right way. The hard point was finding how they bond over wrestling. “The grandmother was either going to get upset and make the girl cry, which we actually did at first, and was terrible, or Nona was going to have a different reaction,” Gonzales said. “She needed to breakdown, and I was against it at the beginning. The reason why is we need to see her hit her low point, and the granddaughter tries to entertain her [through wrestling]. Kids are way more adventurous than I’ll ever be. If I can just be a kid, I’ll do great in animation.”

“Nona” is now available to stream on Disney+.