Nina Dobrev recently reflected on some sage dating advice she gleaned from her mother that when it comes to finding your soulmate, beauty is more than skin deep.

She mused about dating during an interview for her rom-com Netflix Christmas film, Love Hard about a journalist who gets catfished by a man on a dating app. Her character,Natalie is a Los Angeles-based columnist who writes about her disaster dates. She matches with a man named Tag from across the country who looks almost as good as their connection on the phone. Natalie decides to surprise Tag on Christmas only to find that Tag is really a guy named Josh. The Christmas movie takes all three characters on a journey of finding love and realizing what love really means.

Dobrev shared that even though her character gets catfished, she and Josh make a deal that she stays in town and he promises to connect her with Tag. But during her stay, she begins to realize that while Tag is beautiful on the outside, he isn’t the one she begins to bond with toward the end of the movie. 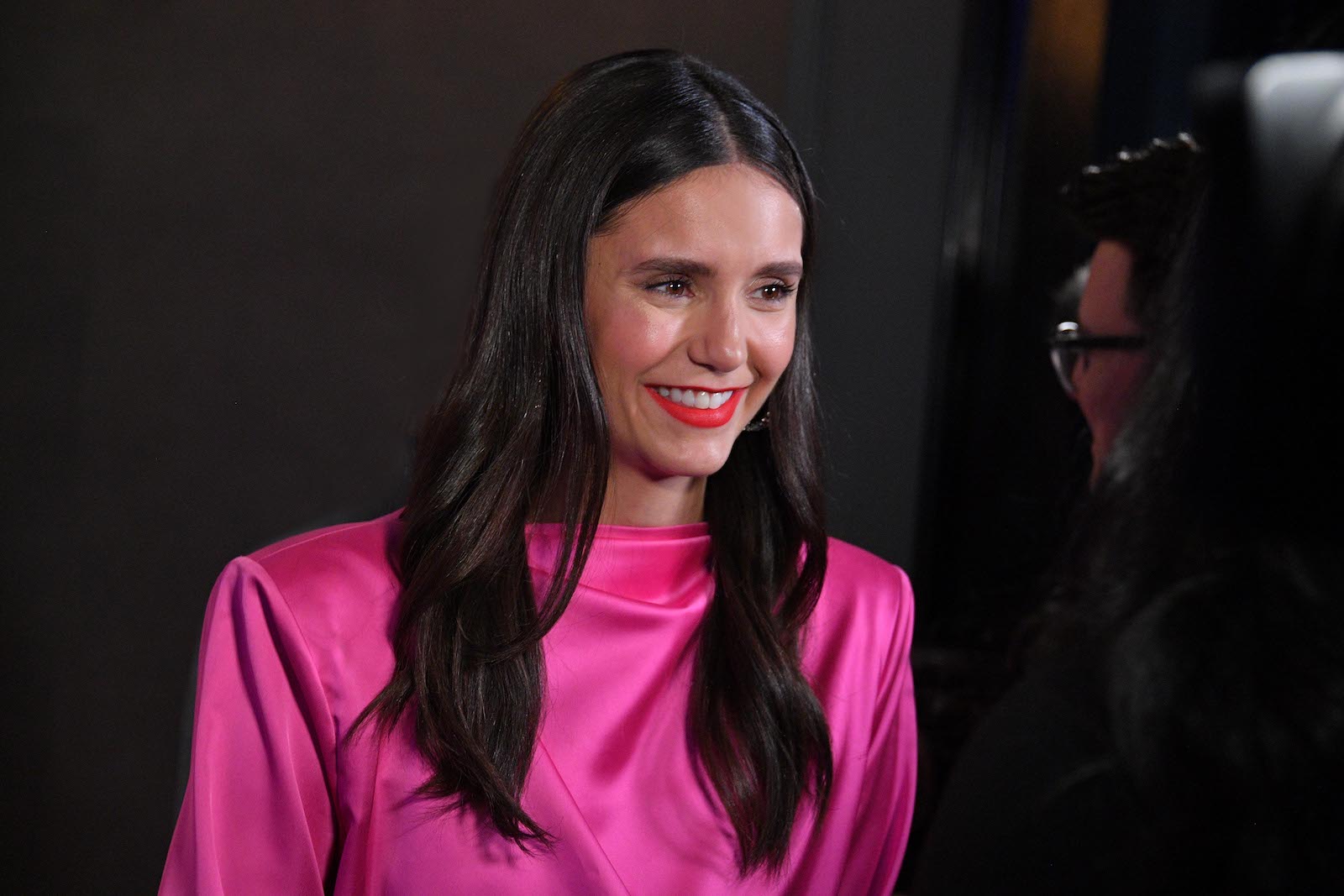 “Initially, if you were to get catfished, your instinct is to run, but in this case, she was forced to stay,” she told Glamour. “Because she was forced to stay, she had the time to get to know him better and in doing so, fell in love with him. My mom told me once, ‘Beauty fades, but dumb is forever.’ If you’re with the wrong match, the beauty will be gone at some point, and then you’ll be stuck.”

“Not to say that Josh isn’t beautiful,” she added. “What’s so great about this movie and so different than other rom-coms is that you really don’t know until the very end who she’s going to end up with, because they’re both great catches. One may be a catfish catch, but the other one is the wrong match for her.”

She shared her own ‘Love Hard’ type disaster dating story

Dobrev also shared she had a “vacation romance” and the guy ended up coming to visit her after their vacation ended. “I had someone fly from a different continent to come see me because we’d had what I call a vacation romance,” she recalled. “Then I went home and this person came to visit me, and I realized when he arrived that it should have just been a vacation romance and I was not interested anymore. He booked a two-week plane ticket, so I was stuck with him for two weeks, but I was not into the relationship anymore.”

She remembered just hanging out, but she was also working. “We talked a lot and hung out. I was working at the same time, so I was on set a lot. It was very stressful because I was juggling a lot at the time.”

Nina Dobrev is off the dating market thanks to Shaun White

Dating horror stories and looking for the right one is history for Dobrev ever since she and Olympic snowboarder Shaun White started dating. White is smitten and described her as being a positive and important presence in his life.

“Nina’s incredible,” White told People in Oct. “What an influence on my life. Not only does she run her own show, her own world, companies she’s involved in, things she’s producing, all this stuff going on. She holds me to this same high standard which is so wonderful to have in a partner.”

White recently posted photos with Dobrev picking up their Christmas tree. “Getting ready,” he captioned a series of photos.

'My Strange Addiction': The Sad Story That Inspired Ryan Gosling's 'Lars and the Real Girl' Character

Spoilers: Big Mandy and Nicola secrets will be revealed in Emmerdale lockdown