Each month new content comes to Netflix, in the form of classics you love and new original content. Here is what we recommend on Netflix this month: Creed II, The Beguiled, The Guilty, and for the whole family Despicable Me 3.

Caroline Matilda, the youngest sister of George III, is betrothed to her cousin Christian VII, King of Denmark. Almost immediately aware of her young husband’s mental illness, she falls under the charismatic spell of Christian’s new doctor.

Humans are at war with the Transformers, and Optimus Prime is gone. The key to saving the future lies buried in the secrets of the past and the hidden history of Transformers on Earth. Now, it’s up to the unlikely alliance of inventor Cade Yeager, Bumblebee, an English lord and an Oxford professor to save the world.

What a Girl Wants

On a whim, American teenager Daphne (Amanda Bynes) boards a plane to England to find the father she never met. Upon arriving there, though, she makes a startling discovery: The man she’s looking for is Lord Henry Dashwood (Colin Firth), a member of the British upper class, who is running for political office. Lord Henry didn’t know Daphne existed, but he welcomes her into his life. However, she isn’t so sure – and his family and his current betrothed look on her disapprovingly. 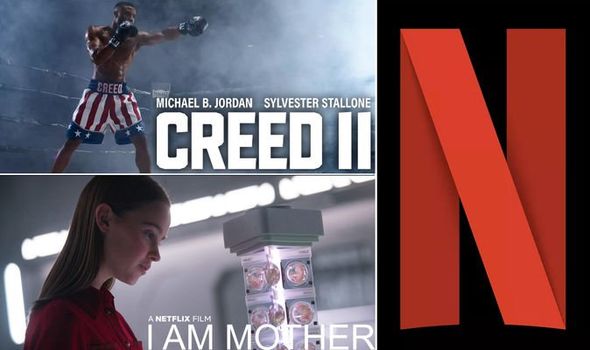 Legend of the Guardians: The Owls of Ga’Hoole

A father owl’s tales of the Guardians of Ga’Hoole enthral his son Soren but an older son scoffs at the stories of winged warriors who fought an epic battle to save all of owlkind from the evil Pure Ones. Later the brothers become captives of the Pure Ones but Soren makes a daring escape and, with the help of other young owls, seeks out the Guardians and brings them back to defend their people once again.

Alarm dispatcher and former police officer Asger Holm answers an emergency call from a kidnapped woman. When the call is suddenly disconnected, the search for the woman and her kidnapper begins.

Awkward 16-year-old Andrei is infatuated with his alluring but aloof schoolmate Ramona – until he meets stunning hotel clerk Anemona while on vacation.

The mischievous Minions hope Gru will return to a life of crime after the new boss of the Anti-Villain League fires him. Instead, Gru decides to remain retired and travel to Freedonia to meet his long-lost twin brother for the first time. The reunited siblings soon find themselves in an uneasy alliance to take down the elusive Balthazar Bratt, a former 1980s child star who seeks revenge against the world.

A woman sexually assaulted by her new boss’s brother-in-law tries to move on as if nothing happened but the night weighs heavily on her mind and body.

A thrill-seeking teenage girl with a heart defect bonds with a rowdy black stallion and fights to ride in a race despite her life-threatening illness.

In 1901 in Galicia, Spain, Elisa Sánchez Loriga adopts a male identity in order to marry another woman, Marcela Gracia Ibeas. Based on true events.

In the wake of humanity’s extinction, a teenage girl is raised by a robot designed to repopulate the earth. But their unique bond is threatened when an inexplicable stranger arrives with alarming news.

In the mid-1970s, charismatic English playboy James Hunt (Chris Hemsworth) and Austrian perfectionist Niki Lauda (Daniel Brühl) share an intense rivalry in Formula 1 racing. Driving vehicles that are little more than gas-filled, rolling bombs, Hunt and Lauda burn up the track, all the while pushing themselves to the breaking point of physical and mental endurance. Meanwhile, the women (Olivia Wilde, Alexandra Maria Lara) in their lives can only watch as both drivers risk death with every lap. 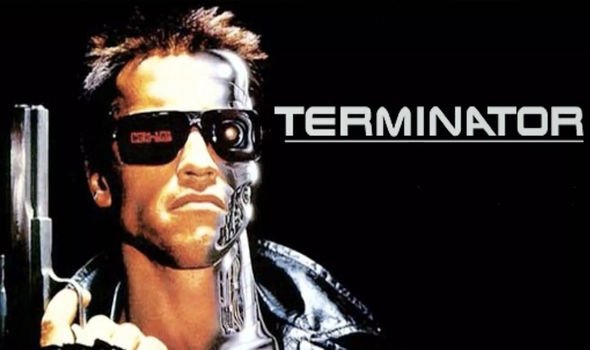 Working in an orphanage, Alia meets teen Nadia, who says she hears a strange voice in the walls. When they try to find the source, things go very wrong.

When an NYC cop finally takes his wife on a long-promised European trip, a chance meeting on the flight gets them invited to an intimate family gathering on the superyacht of elderly billionaire Malcolm Quince. When Quince is murdered, they become the prime suspects in a modern day whodunit.

Disguised as a human, a cyborg assassin known as a Terminator (Arnold Schwarzenegger) travels from 2029 to 1984 to kill Sarah Connor (Linda Hamilton). Sent to protect Sarah is Kyle Reese (Michael Biehn), who divulges the coming of Skynet, an artificial intelligence system that will spark a nuclear holocaust. Sarah is targeted because Skynet knows that her unborn son will lead the fight against them. With the virtually unstoppable Terminator in hot pursuit, she and Kyle attempt to escape.

A reclusive teenage musical prodigy forms an unlikely friendship with a down-on-his-luck high school security guard. United by their mutual love of hip hop, they confront the demons of their past and try to break into Chicago’s music scene. 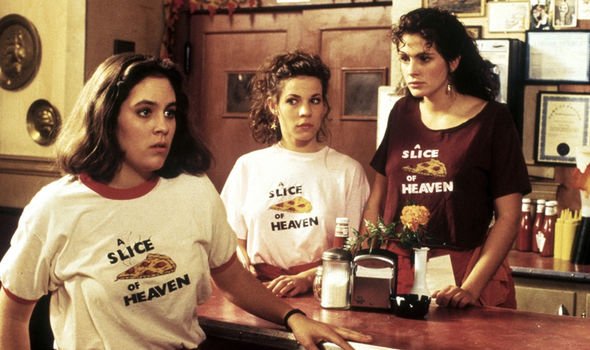 Cpl. John McBurney is an injured Union soldier who finds himself on the run as a deserter during the Civil War. He seeks refuge at an all-female Southern boarding school where the teachers and students seem more than willing to help. Soon, sexual tensions lead to dangerous rivalries as the women tend to his wounded leg while offering him comfort and companionship.

Tension plays the third wheel in this portrait of a couple whose caustic, at times jarring, interactions strain their relationship over a Mumbai evening.

The strong family Santiago and Carla have built is challenged when Carla´s mother appears dead after an accident and Santiago suspects that his father-in-law is to blame. 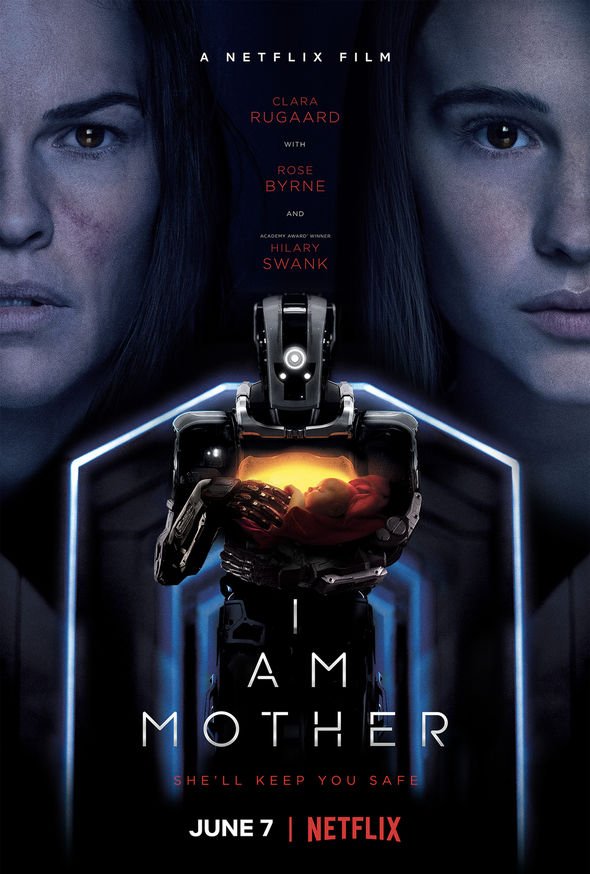 In 1985, Russian boxer Ivan Drago killed former US champion Apollo Creed in a tragic match that stunned the world. Against the wishes of trainer Rocky Balboa, Apollo’s son Adonis Johnson accepts a challenge from Drago’s son – another dangerous fighter. Under guidance from Rocky, Adonis trains for the showdown of his life – a date with destiny that soon becomes his obsession. Now, Johnson and Balboa must confront their shared legacy as the past comes back to haunt each man.

In this second-generation Shaft saga, the badass detective has been largely absent from his son’s life. But when John Shaft Jr. – an FBI expert in cybersecurity – needs help discovering the truth about his best friend’s death, he turns to his dad.

Cooking is a journey. And making a meal is about more than just food. It’s about appreciating friends, family and tradition. An opportunity to come together. To learn, to share and to celebrate different flavours, cultures and people. In The Chef Show, actor/director Jon Favreau and award-winning Chef Roy Choi reunite after their critically acclaimed film Chef to embark on a new adventure. The two friends experiment with their favourite recipes and techniques, baking, cooking, exploring and collaborating with some of the biggest names in the entertainment and culinary world. From sharing a meal with the Avengers cast in Atlanta to smoking brisket in Texas with world-renowned pitmaster Aaron Franklin, to honouring the legendary food critic Jonathan Gold in Los Angeles – Favreau and Choi embrace their passion for food, but more importantly their love for bringing people together over a delicious meal.

An expansive look at the exceptional life and legacy of Clarence Avant, one of the most influential dealmakers in music, entertainment, and politics over the last 60 years. 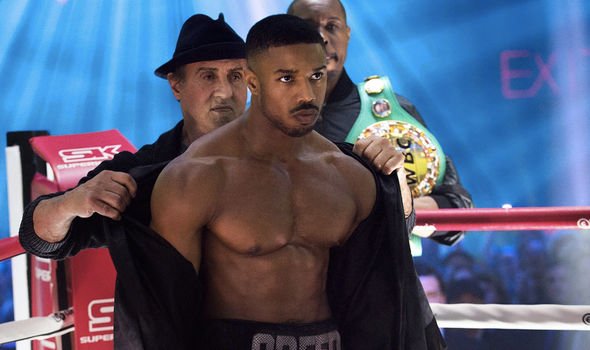 In an alchemic mix of fact and fantasy, Martin Scorsese looks back at Bob Dylan’s 1975 Rolling Thunder Revue tour and a country ripe for reinvention.

An analytical examination of the investigation into the 1992 murders of three teens from Alcàsser, Spain, a case that profoundly affected the nation.

In the grip of trauma, hundreds of refugee children in Sweden withdraw from life’s uncertainties into a coma-like illness called Resignation Syndrome.

The Edge of Democracy

A cautionary tale for these times of democracy in crisis – the personal and political fuse to explore one of the most dramatic periods in Brazilian history. Combining unprecedented access to leaders past and present, including Presidents Dilma Rousseff and Lula da Silva, with accounts of her own family’s complex political and industrial past, filmmaker Petra Costa (ELENA) witnesses their rise and fall and the tragically polarized nation that remains.