Neighbours’ Chloe Brennan (played by April Rose Pengilly) and hubby Pierce Greyson (Tim Robards) tied the knot in December last year, despite the never-ending hurdles in the run-up to their wedding day. But as they struggle to keep the romance alive, they decide to do something daring to spice up their love-life.

As the night of passion looms ever closer, the couple try and hide their reservations, insisting they are totally up for experimenting.

Naomi meanwhile, is ready for the fun and can’t hide her excitement – also slightly weird as she’s his ex and his new wife is involved…

But who are we to judge! 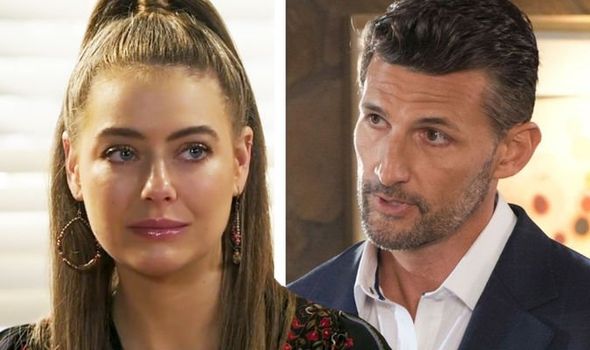 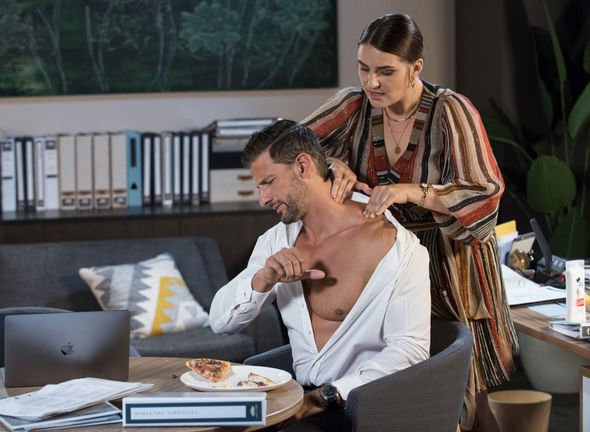 The night arrives in an upcoming episode, but things don’t go exactly to plan.

Hoping they will fall back in love with one another, will things take a very different turn?

The steamy scenes see Naomi turn up and instantly start to instigate things, but her enthusiasm isn’t reciprocated by Chloe and Pierce.

While the outsider is left embarrassed, she draws attention to the communication issues between the pair as the couple start to question their marriage and whether they jumped into things too quickly.

Fans will remember that their relationship before their big day was less than perfect. 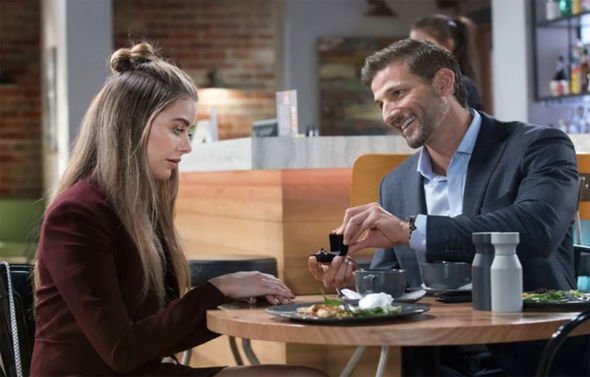 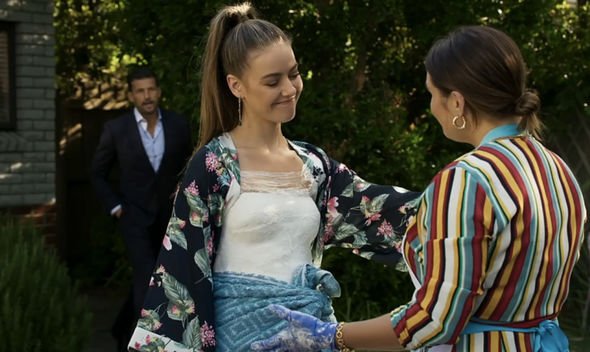 Chloe picked Pierce up while conducting her escort business and while he fell for her, the feelings weren’t mutual her end.

In fact, she tired to find anyway to get out of that relationship.

But in the end, she accepted his unrequited love and it was quite a wedding to remember.

However with their saucy night ruined they try and brush it under the carpet, focusing on the Lassiters Pride event as a distraction for their woes.

But as guest star Courtney Act spills their private affairs to the audience, they both realise how uncomfortable they are with their issues.

Once alone they begin to question their compatibility, and Chloe is left devastated when she realises her husband does not understand her bisexuality, as she had a brief romance with Elly Conway (Jodi Anasta) at the beginning of their relationship.

As they have a proper sit down to get to the bottom of their troubles, they soon have to face whether they rushed into getting married before they really got to know one another.

But will a night intended for fun instead spell the end of Chloe and Pierce’s marriage?

Tim who plays millionaire businessman Pierce, previously spoke to The Daily Star about his character’s lack of understanding of his wife’s sexuality, explaining: “He thinks she just might be trying the lesbian thing to fill a void, to keep her mind off bigger things.

“He worries that she thinks ‘Do I want to settle down with someone or do I want to live and experience everything I can?

“‘Do I really want to settle down and have kids, or do I want to be free?'”

He added: “”It is like self-sabotage for her in his mind.”

Neighbours continues on Monday at 1.45pm on Channel 5.