NCIS series 18 started back in November 2020 after shooting on the new episodes were postponed due to the ongoing pandemic. The CBS drama came back with a bang though and has had fans questioning what is going to happen next with every episode as it jumps between before and after the coronavirus pandemic. This fast-forward in time led to a shocker which viewers didn’t expect.

How did Jimmy Palmer’s wife die in NCIS?

He had a brief fling with Agent Michelle Lee (Liza Lapira) back in 2004 and when the romance came to an end, Breena was the next woman on the scene.

They hit it off straight away as Breena worked as a mortician so had a similar interest in medical science.

Jimmy and Breena went on to get married in May 2012, despite NCIS being threatened by terrorists during the wedding. 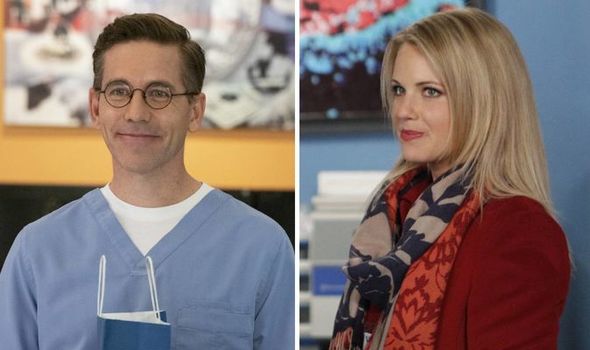 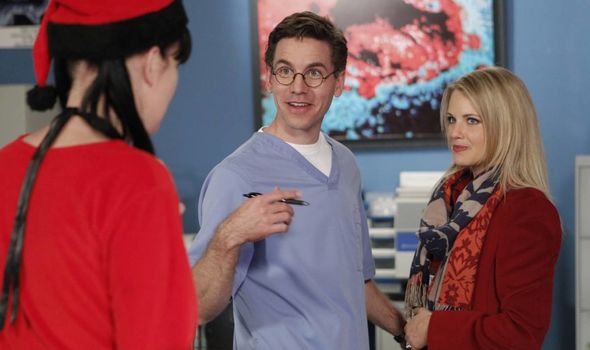 They had daughter Victoria together but during series 17, there seemed to be some trouble with their marriage.

In Lonely Hearts, there was tension between Jimmy and Breena as he had to cancel their Valentine’s Day plans because of work commitments.

Jimmy was clearly frustrated by the situation and so it did seem like there was divorce on the cards.

However, the latest episode of NCIS showed there was an even sadder future for Jimmy and Breena in store. 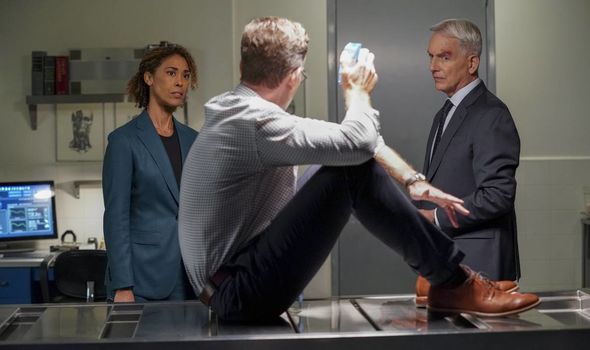 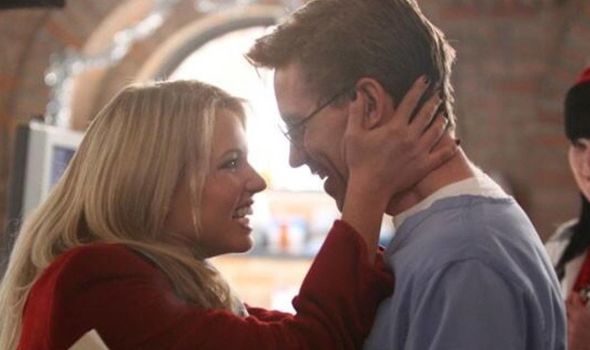 In NCIS season 18, episode seven, The First Day, the drama is shot into the times of the coronavirus pandemic.

Since the latest series began, NCIS has been toing and froing between the past and present-day, revealing some details about what’s been going on.

Sadly, this included Jimmy’s reality as fans were heartbroken to find out his wife Breena had died from coronavirus.

Agent Leroy Gibbs (Mark Harmon) was by Jimmy’s side to give him comfort as he continued to get to grips with his loss.

Speaking to ET Online, Dietzen said: “I had been told that this was going to happen, that Jimmy was going to lose his wife before I received this script.

“The producers let me know that we want the advent of COVID to hit our team.

“And yet, we don’t want to lose a team member. So the prospect of having Jimmy lose his wife, the most optimistic team member lose someone, came to the table and they thought it would be a great storytelling mechanic – albeit very, very sad.

“I told the writers and the producers on our show that what I really didn’t want to see with Jimmy Palmer was for him to lose his eternal optimism because of something like this.

“And I think that all of us were totally on the same page.

“So I think that moving forward, we’re going to definitely see Jimmy Palmer process this more.”

This hasn’t been the only surprising storyline in NCIS series 18 though.

At the very beginning, Gibbs was seen trying to stop an aeroplane from taking off with Agent Timothy McGee (Sean Murray) trying to prevent him.

The drama made it look as if Gibbs then shot McGee in the arm but this hasn’t yet been explained.

Has McGee turned against NCIS or is there a simpler explanation to this confusing scene?

NCIS is available to watch on CBS.

‘The Good Doctor’: When Is an Office Romance a Bad Idea?

Celebs Go Dating: Viewers frustrated as Megan Barton Hanson’s date with a woman is referred to as a ‘lady date’