BBC Breakfast presenters Naga Munchetty and Charlie Stayt joined anxious students collecting their all-important GCSE results on Thursday as reporters broadcast live from schools. As she and her co-star recalled their own memories of finding out exam results, Naga admitted she found it “awful” and “nerve-wracking”.

After a report from a school featuring students waiting for 8am when the results would become available, Charlie described the atmosphere as “exciting”.

He stated: “We’ll be catching up with those students later to see how they got on. Very exciting day!”

Naga disagreed and shared how she found the milestone day with her co-stars.

She remarked: “You say it’s exciting, I found it nerve-racking. Awful.” 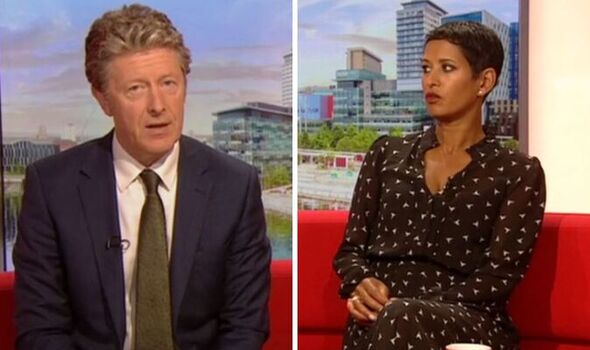 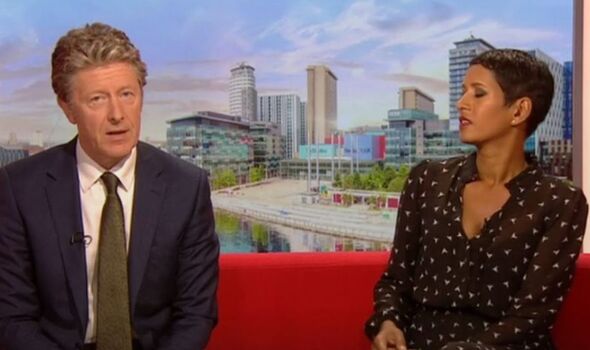 She turned to sports correspondent Chetan Pathak and asked: “Morning, Chetan. How was it for you?

“I still get that flutter in your stomach, you know that awful feeling of anticipation and slight anxiety.”

Chetan confessed: “I still get recurring nightmares that I haven’t handed in my A-Level coursework – this is years later.

“I still get that sense of relief when you wake up and you go, ‘thank goodness it was only a dream and I did hand it in.’ 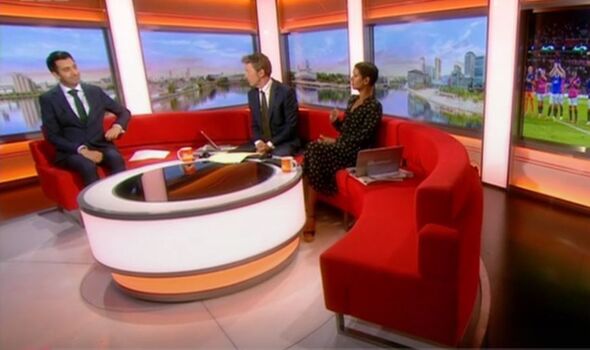 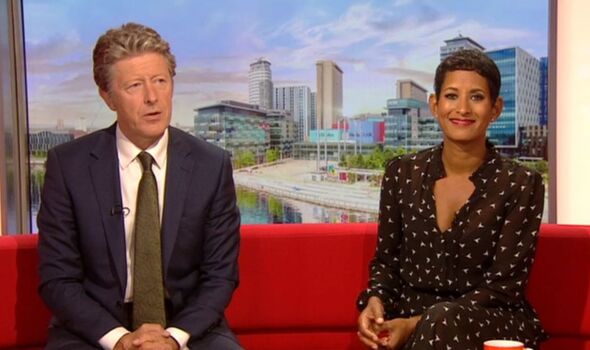 “I don’t think it ever quite leaves you.”

Later in the show, BBC Breakfast’s education correspondent Elaine Dunkley reported live from the same school moments after the pupils had opened their results.

“Elaine, good morning,” Naga commented. “Now look, this is the moment where we hope to see smiling faces around you.

“But, the overall message as we all know, is it will be alright no matter what.”

“Absolutely, that’s the case” Elaine replied from a school in Wigan.

“And just a few minutes ago, this entire canteen erupted with a wave of emotion.

“These pupils here have just opened their results, how are you feeling, guys?”

Students around Elaine responded before she spoke to some of the relieved teenagers.

“How have you got on today?” she asked one.

“I’ve done pretty well,” he replied. “I’m excited and happy with myself.

“I feel very humble because I didn’t expect to get some of the grades I received today, so very happy.”

Luckily, other students in the school echoed his pleased reaction.

BBC Breakfast airs daily from 6am on BBC One.

A Place in the Sun’s Ben Hillman snaps at guest over shoe storage complaint ‘Excuse me!’