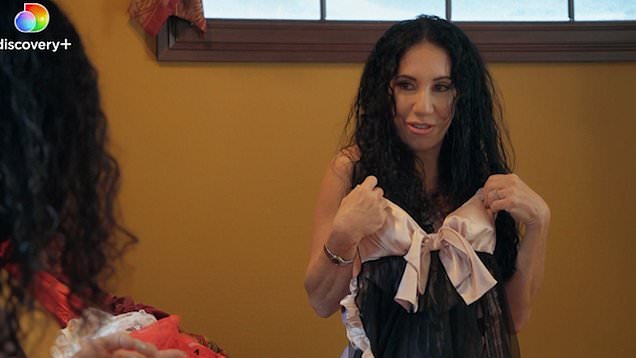 A mother has taken her relationship with her daughter to the extreme by offering to lend her hand-me-down lingerie in the hope of inspiring her and her husband to enjoy some ‘hanky panky’.

Dawn, 60, who lives in Florida, is sitting at the kitchen table with her 30-year-old daughter Cher and her husband Jared when talk turns – uncomfortably – to the couple’s sex life.

Cher and Jared welcomed their daughter Belle 18 months ago, with Dawn asking when they ever get alone time without their baby around.

While Cher is left cringing over her mum’s comments, Jared is the one who’s a state of extreme discomfort over the topic of conversation, nervously eating his yogurt as the discussion goes from awkward to almost unbearable. 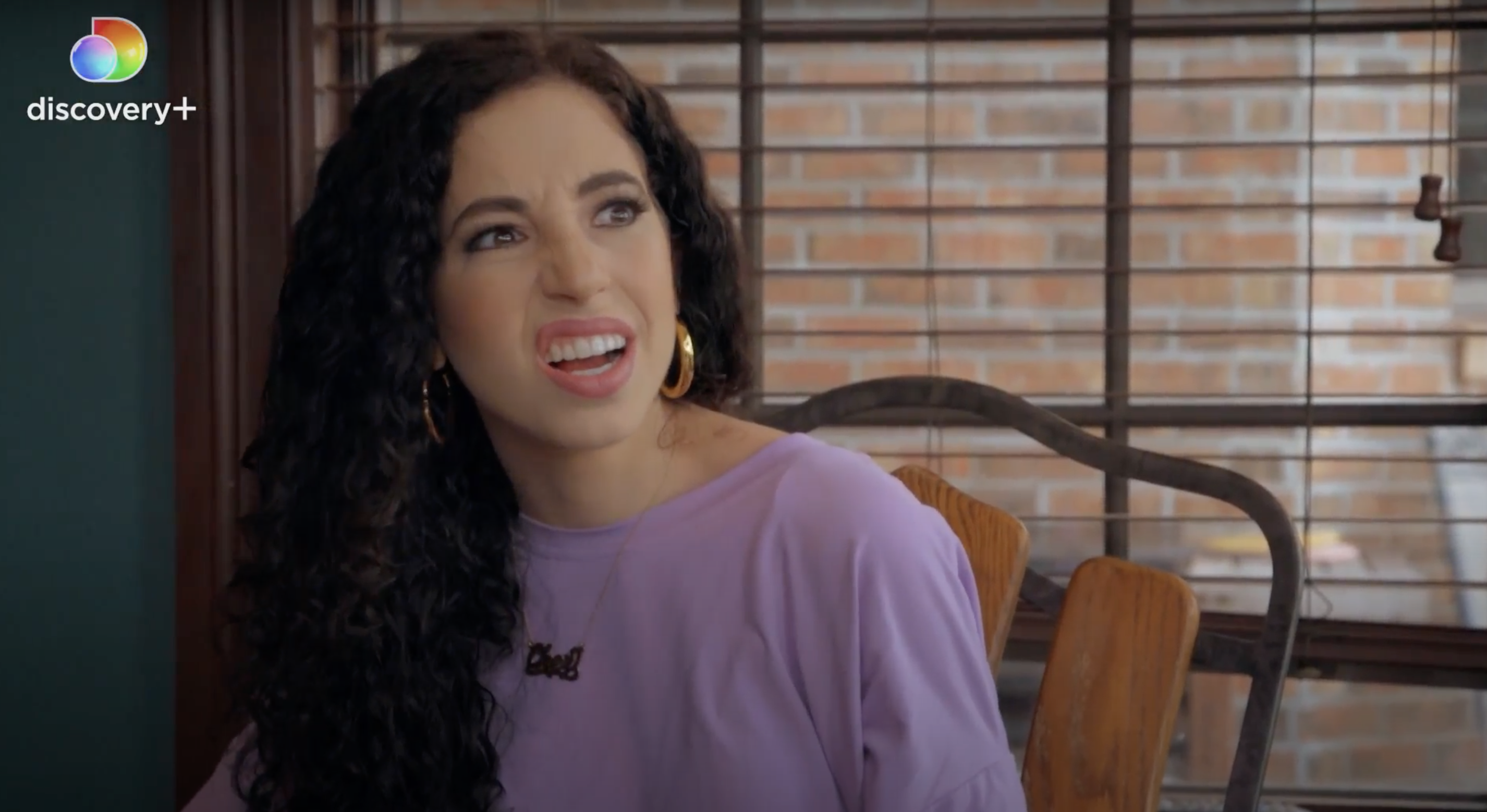 Nonetheless, Dawn remains unperturbed, telling the couple that they need ‘some alone time’, adding that she wants ‘to make that happen so you could be intimate’.

As if that wasn’t enough, Dawn adds: ‘You know, it’s hard; you’re breastfeeding, you have no babysitter, you’re totally 24/7. I think you both need alone time, and if you get the alone time you could have a little hanky panky!’

Dawn admits to the camera that she may have an ulterior motive to harping on about her daughter and her son-in-law having sex, as she wants ‘another grandchild’ in the family.

Not only does she have her end goal in sight, but she also has a sneaky technique – buying Cher some new lingerie and offering to lend her some of her old, retro garments in an effort to spice things up in the bedroom.

‘You know, before you came, I did some shopping and I got you some really cute lingerie to put on,’ Dawn says with a wide grin, as a horrified Jared asks: ‘Eww, are these hand-me-downs?’

Later on, with Jared out of earshot, Cher rifles through a mountain of lingerie that her mum has prepared for her, describing a red one-piece as ‘hot’.

As Dawn presents some of her old lingerie pieces, Cher asks: ‘These are things you’ve worn with daddy?’, prompting us to question why she would ever want to know.

After turning her nose up at a couple of 1970s-esque robes, Cher admits she likes the look of a black, lace number owned by her mum.

‘That’s cute, have you worn the panties though?’ she asks.

‘Yeah, but for a second, do you think they stay on that long?’ Dawn replies. TOO MUCH INFORMATION!

Cher and Dawn might be a particularly close mother-daughter duo, but Amy, 44, and Carina, 23, could give them a run for their money in the new episode of sMothered.

The mother and daughter, who live in Kailua, Hawaii, claim to do everything together, including sleeping in the same bed and – you’ve guessed it – sharing the same clothes, including underwear.

The brand-new series of sMothered is available to stream now exclusively on discovery+, with new episodes dropping weekly.

Riverdale season 5: How many episodes in season 5 of Riverdale?