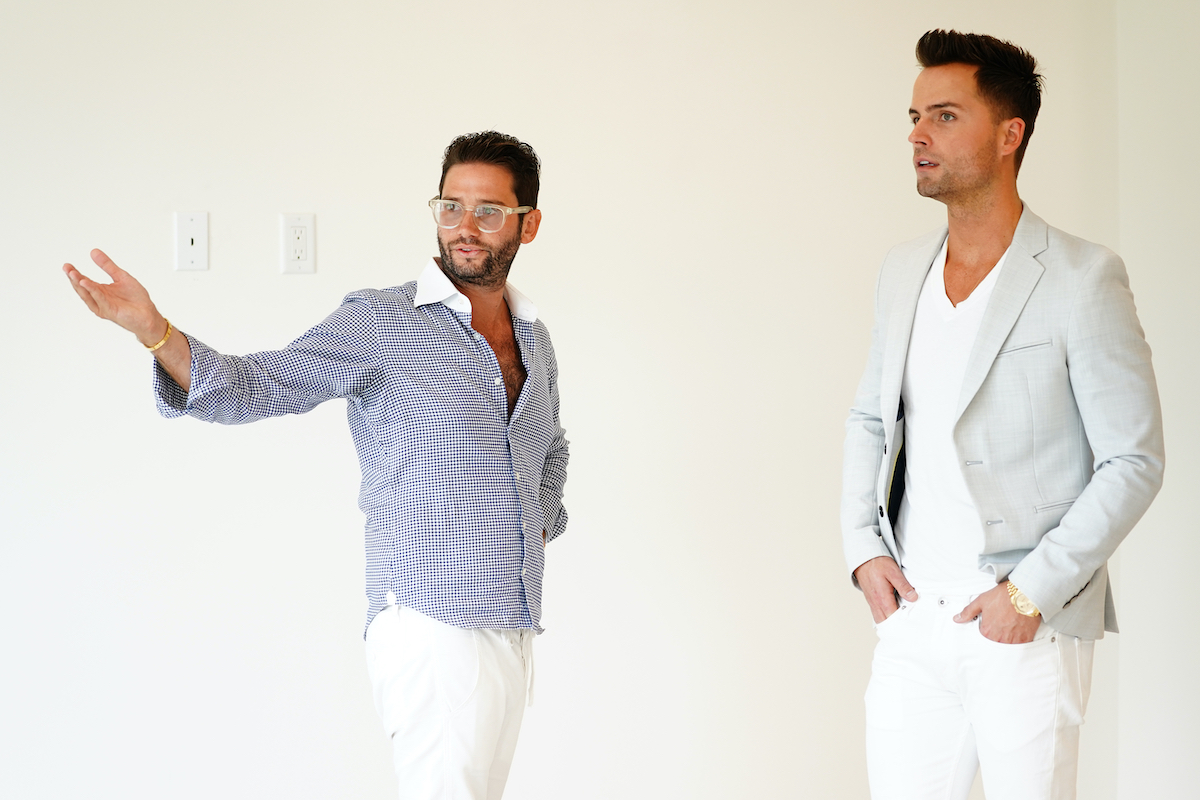 “This is no joke,” Serhant in a season 8 confessional interview. “Homes over $4 million have an average days-on-market of 450 days. It has never been that way.” The pandemic brought a new layer to the game, but Flagg explained the market’s ebbs and flows, sharing that 2022 may be the perfect time to score a great deal.

The market is in a downturn

Flagg shared his prediction during David Parnes and James Harris’s broker’s open. Flagg predicted the home they were showing would go for significantly less than the asking price. “Which by the way, in three years from now, they’d be lucky if they got,” he exclaims. “That’s not a bad thing but try to explain that to a seller who wants $20 [million].” Flagg thinks the home will trade for about $16 million to $16.5 million.

Parnes wonders if the market will go down in three years. “It’s healthy for things to correct in price,” Flagg explains. “Things can’t keep going like this.”

This season’s Million Dollar Bromance between @joshflagg1 and @thejoshaltman was the hottest property in town! Don’t miss the #MDLLA FINALE TONIGHT!

“Keep in mind cycles are normally seven years, but with the speed of technology today, they’re like five years,” he says. “They say. But we’ve never had a five-year cycle yet.”

“We started in summer of [20]17,” he says, gesturing downward. “[20]17,18,19, 20. It’s gonna probably go into [20]22 and then up again. So people thought I was crazy but I watched it like a loop in my hand. I’m very precise and detail-oriented.” The brokers look stunned and seriously impressed. Parnes remarks on how Flagg’s insight was impressive. Tracy Tutor says that Flagg sometimes shocks her with his wisdom.

“I may not be able to give you answers to everyday life questions,” Flagg says in a confessional. “But what I can tell you is every single thing about a house in Beverly Hills, BelAir, Holmby Hills, and the Bird Streets. Other than that, they would probably think I was brain dead.”

Tyler Whitman from Million Dollar Listing New York said luxury apartments in the city are priced to sell.  “I would actually say, I still feel like this year is easier than last year to work,” he recently told Showbiz Cheat Sheet. “Because last year, the biggest issue was that the market had really, really slowed down. But sellers were not accepting the reality.”

“You know, they were not adjusting to the market,” he added. “They were like, ‘OK, well, then I’ll just hang on because know it’ll be fine soon.’ Now, I think there are differences. It’s that like they’re like, oh, ‘OK, sh*t is going down. So I need to adjust.’ And it’s like the first time that people are actually reacting appropriately.”

Properties are priced to sell. “You do have to price really aggressively, but as long as you’re priced correctly, things are getting attention and things are selling,” he said.