Home » TV & Movies » Met Gala 2021: Kim Kardashian switches to another slinky catsuit with mask as Rihanna and stars dazzle at after parties

KIM Kardashian led the way as the cream of the American celebrity world stepped out for the Met Gala 2021 after-parties.

Not content with dazzling on the red carpet prior to the ceremony, stars including Rihanna, Grimes and Megan Fox opted for a swift outfit change as the night's festivities got under way. 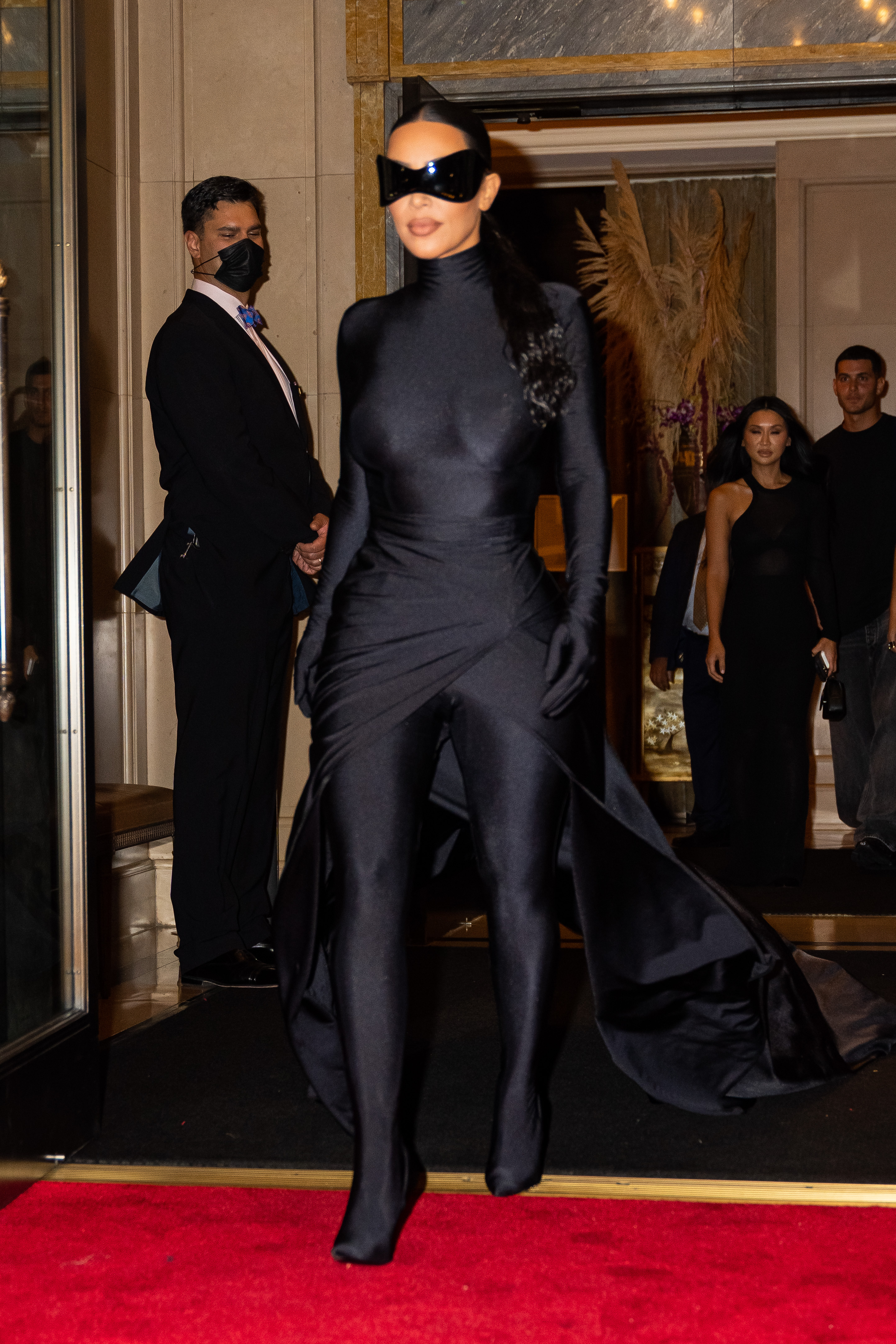 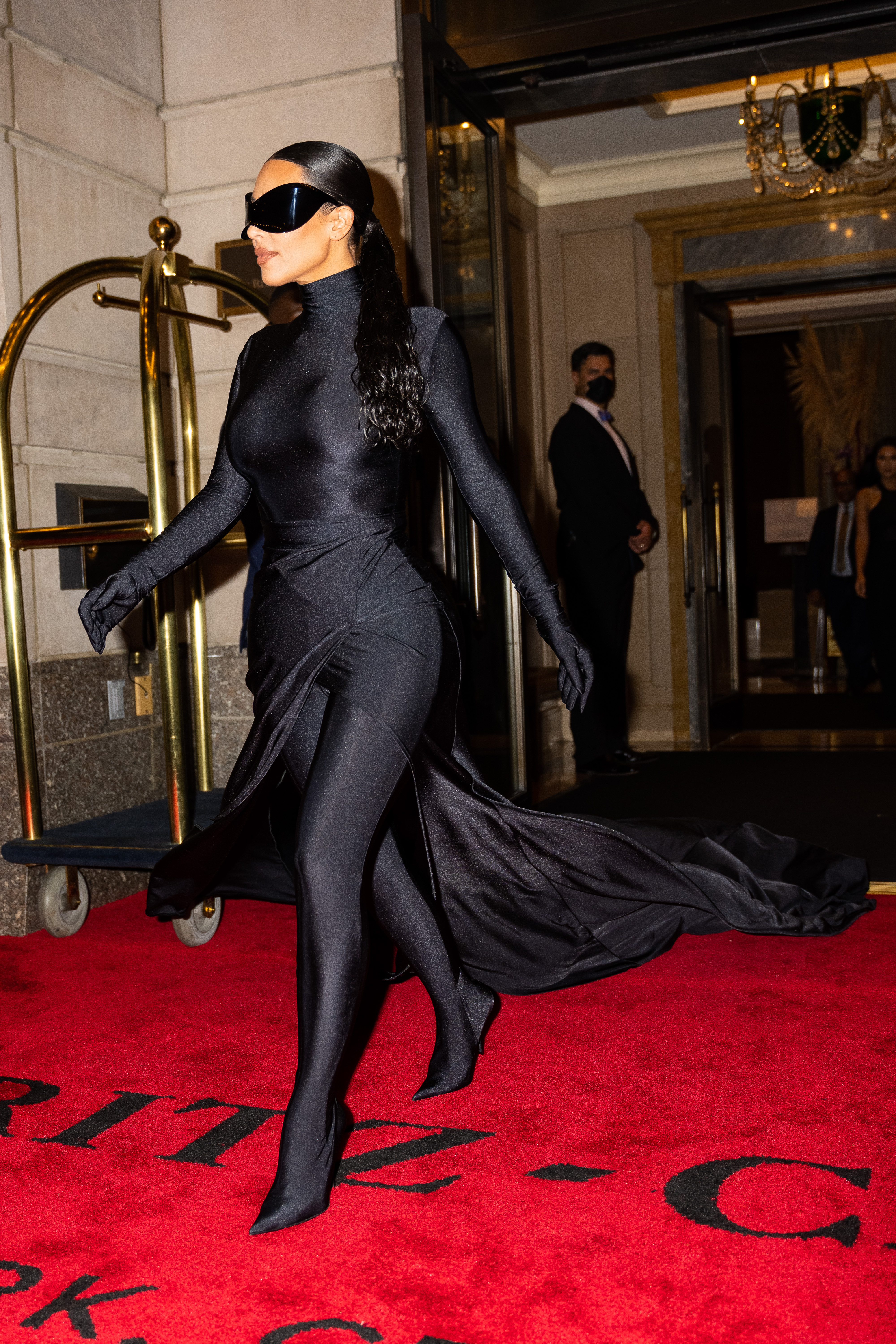 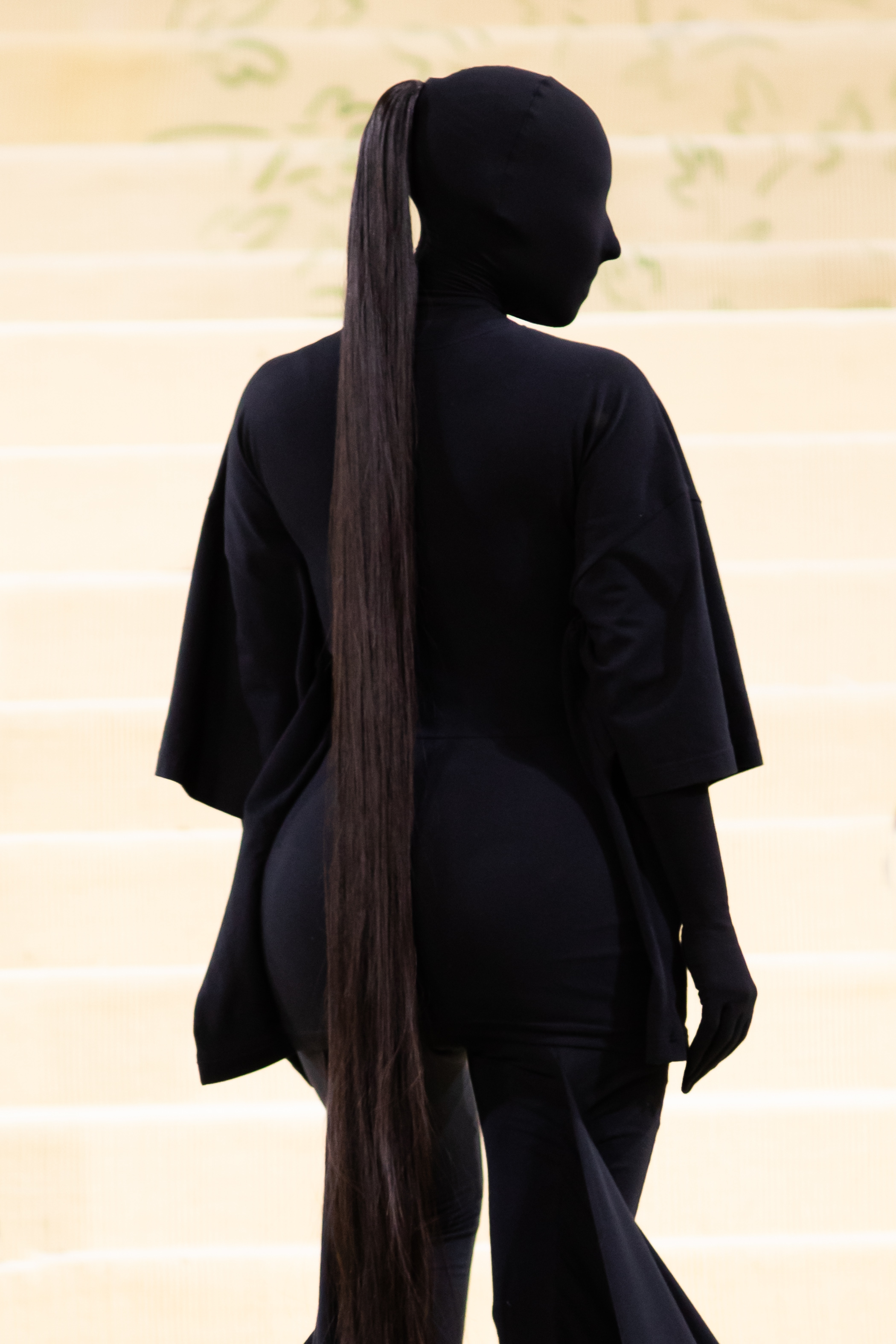 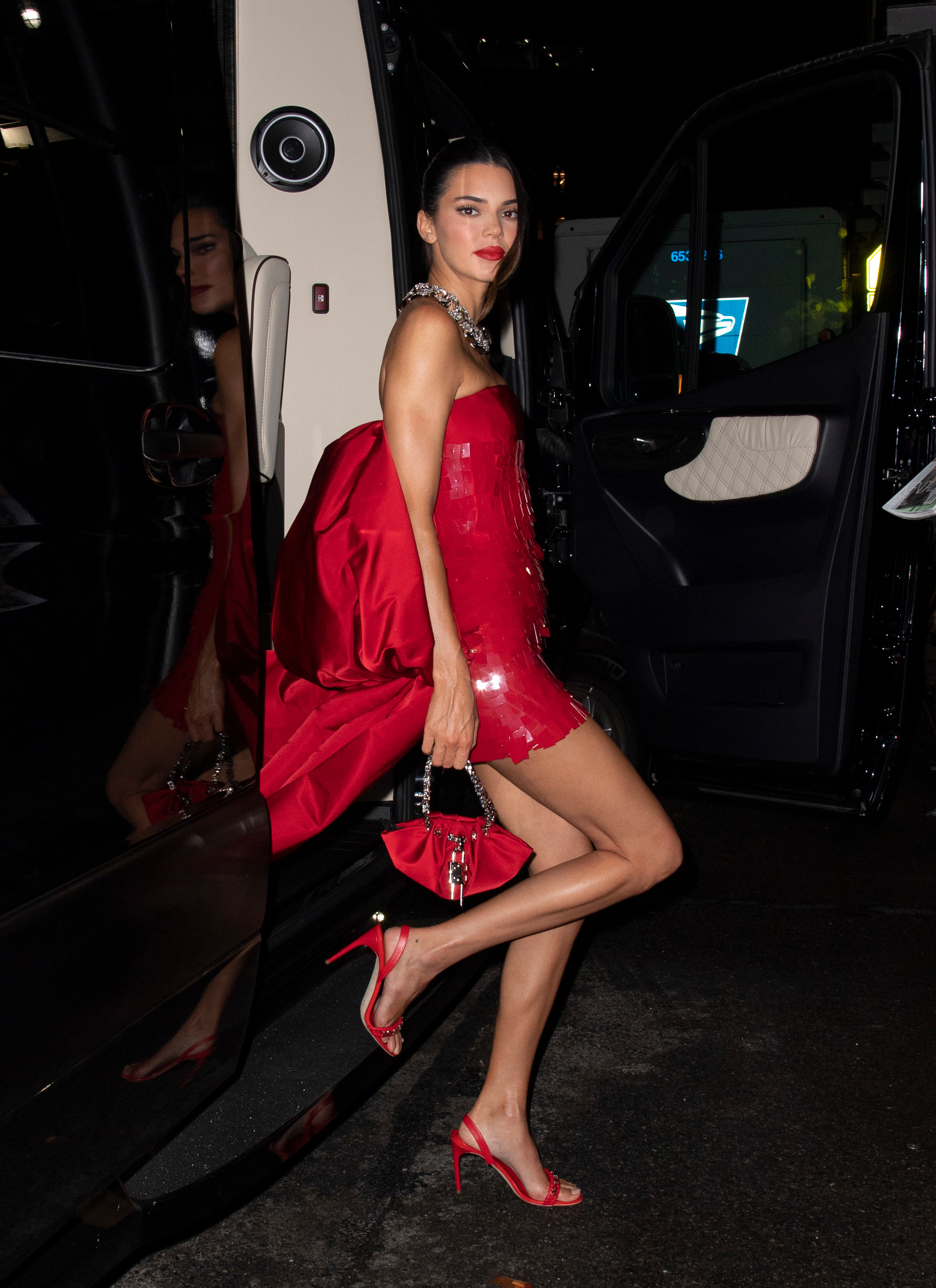 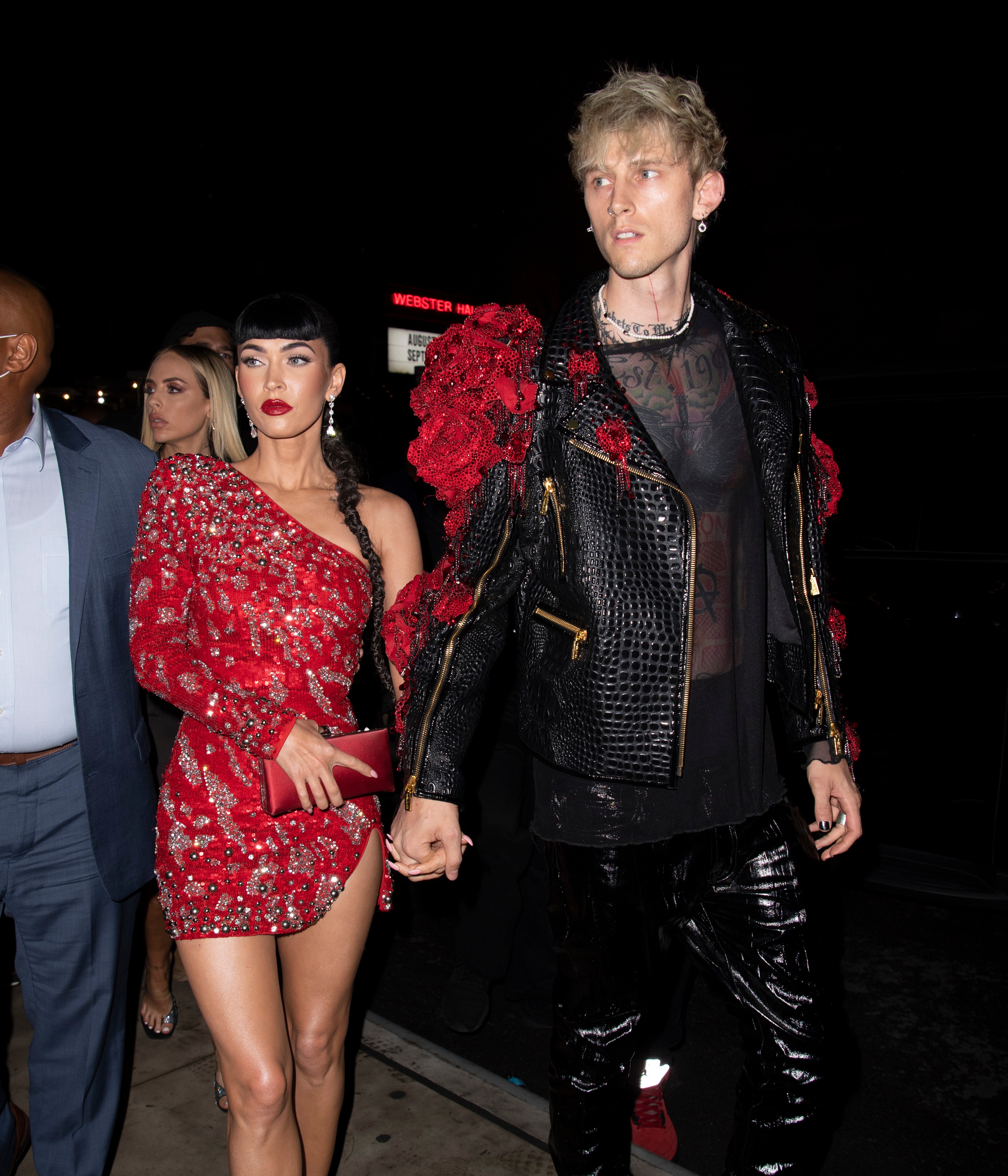 The swanky event saw the biggest night in fashion brought back to New York City after being canceled last year due to the Covid pandemic.

The star-studded fundraiser was given the theme "America: A Lexicon Of Fashion" at the Big Apple's Metropolitan Museum of Art.

Keeping Up With The Kardashians star Kim, 40, pulled out all the stops for her second outfit, again channeling the dark catsuit vibe.

She dressed in a second black Balenciaga number complete with gloved sleeves and full length trousers, covering her eyes with a matching eye mask.

She was seen headed to award-winner Justin Bieber's exclusive bash.

The mom of four caused confusion earlier in the night when she appeared to reunite with estranged husband Kanye West as they sported full length outfits with mask cover ups, but Kanye's presence has now been called into question.

Meanwhile, Rihanna added a bit of sparkle to her full-length black attire with a shimmering headpiece.

She paired a black top with sexy semi-sheer trousers, with her bling silver necklace and rings commanding attention.

The Pon De Replay songstress, 33, wore her dark locks in delicate curls framing her face while clutching a bag as she left the event at DAVIDE.

Megan Fox – who dazzled earlier in the night in floor-length scarlet gown, complete with a train – went for a shorter sparkly number more suited to party.

The actress, who is dating Machine Gun Kelly, looked unrecognisable as she donned a brunette fringe for the hugely elegant after-party look.

The gown featured an asymmetric neckline and Megan matched with red shoes.

Rapper Grimes switched to a blue tiered ruffle dress as she left The Carlyle for her Met Gala event, adding pastel purple streaks to her hair to match her attire.

Kendall Jenner, who proudly supported pals Hailey and Justin Bieber on the night, switched from her shimmering gown to a bandeau red mini dress.

Earlier in the night, Kim, 40, and a man that is allegedly estranged husband Kanye, 44, both covered up in a black faceless Balenciaga ensemble that included a mask over their entire head.

The mysterious look is similar to what they have each worn to the rapper's Donda events recently.

Despite his recent alleged admission that he CHEATED on his wife during their seven-year-marriage, the couple were spotted side-by-side throughout the evening.

However, E! News reported that the Yeezy mogul did not attend the gala and insisted designer Demna Gvasalia, who is the creative director of Balenciaga, went as a Kanye impersonator. 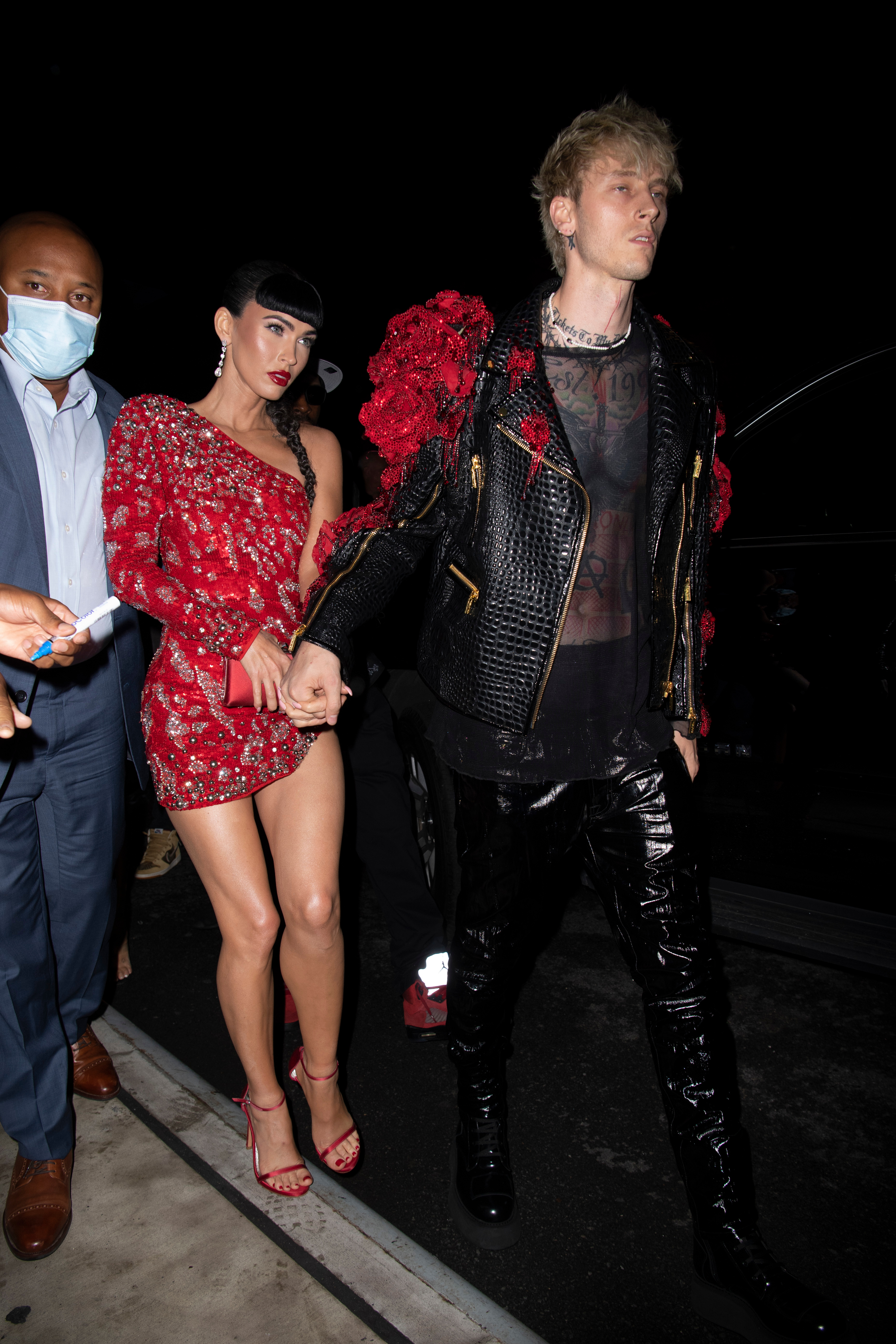 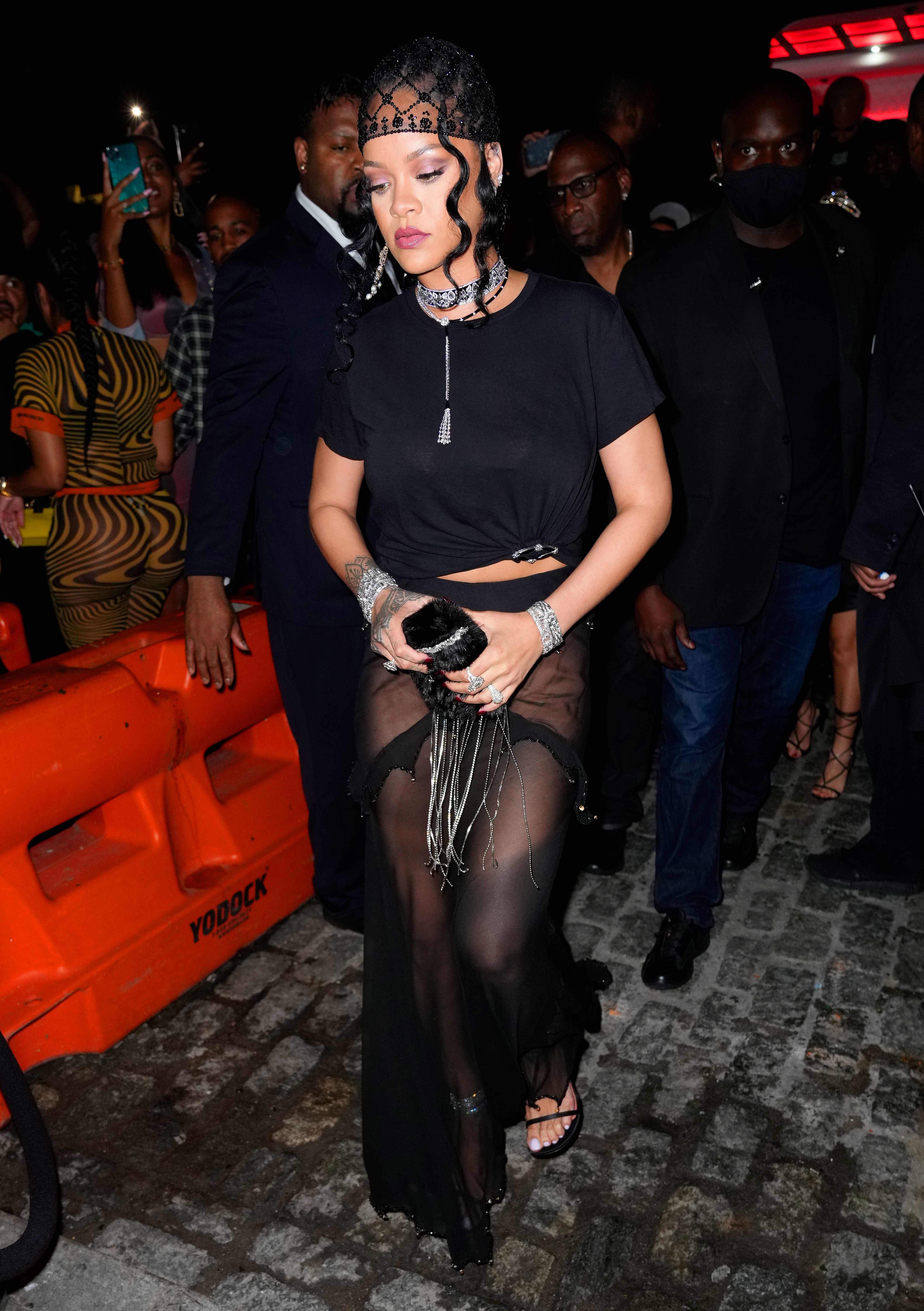 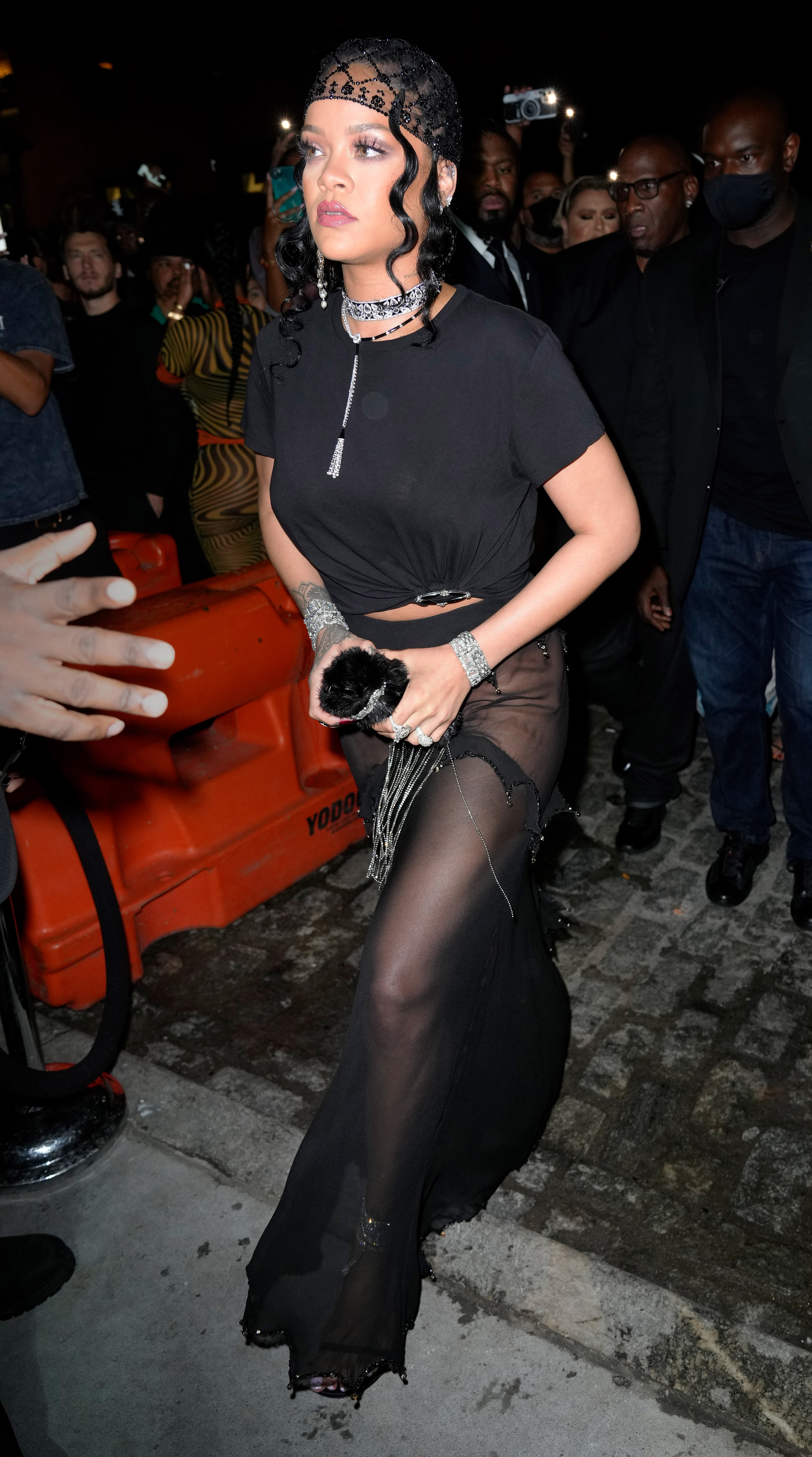 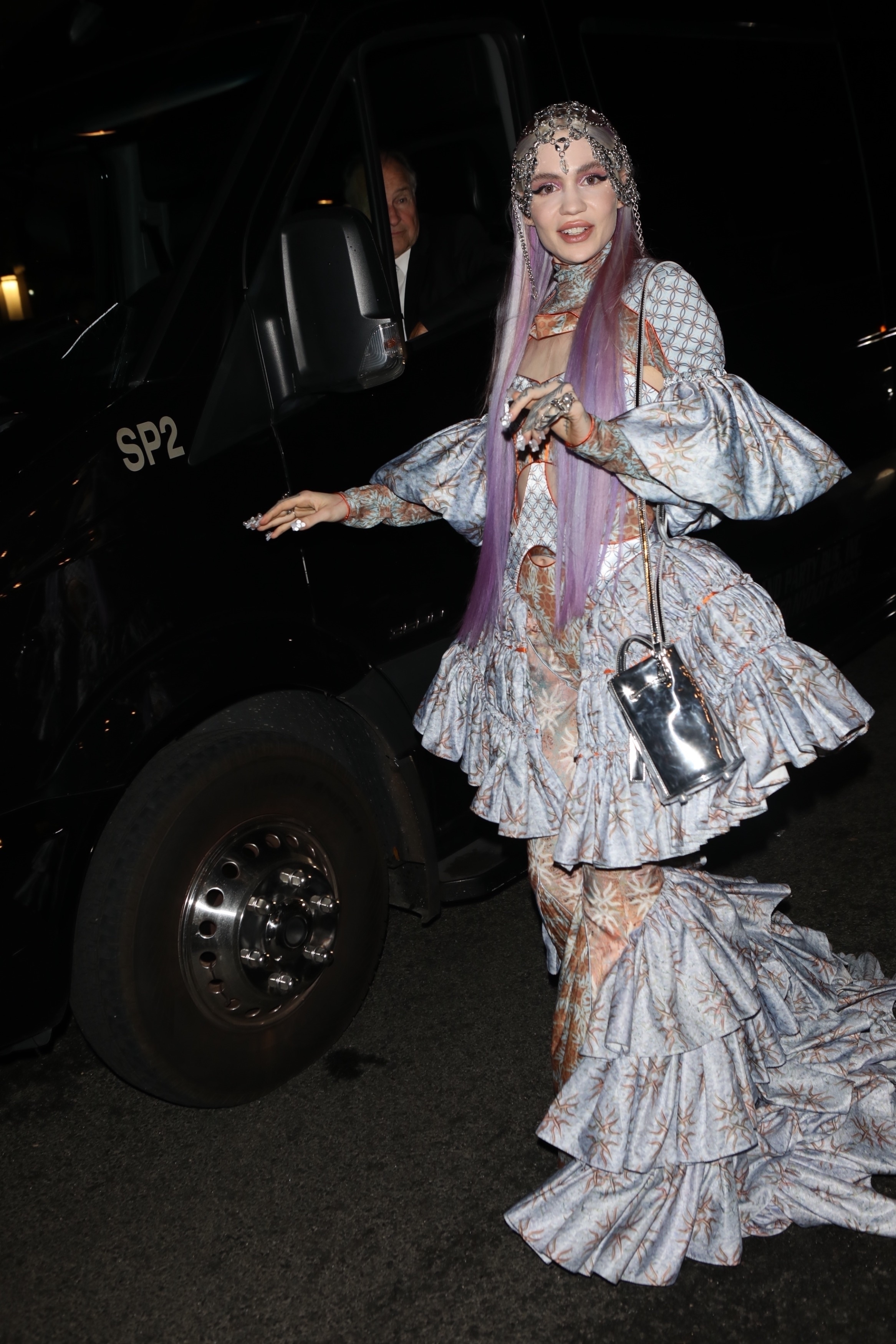