The first season of Men in Kilts jetted Starz viewers on a breezy and picturesque road trip around Scotland with Outlander stars Sam Heughan and Graham McTavish. Crammed onboard a camper van, the two take viewers on a once in a lifetime exploration across the highlands, soaking in the sights and tasting local delicacies along the way. However, Graham has now teased the two will be up to plenty more “shenanigans” in the upcoming instalments.

During the Men in Kilts premiere, Graham and Sam explored all manner of Scotland’s highlights.

The pair paid a visit to The Kitchin restaurant and gorged on delicious-looking dishes.

And the Outlander stars even got their hands dirty on board a fishing boat in the Pittenween, one of Scotland’s fishing ports.

They even took Starz viewers to the tiny island of Islay to sample some of the country’s finest and oldest whiskeys. 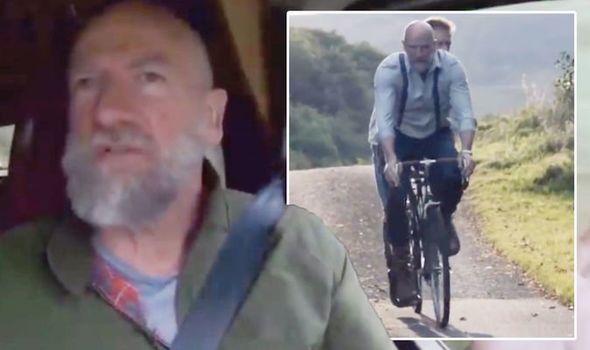 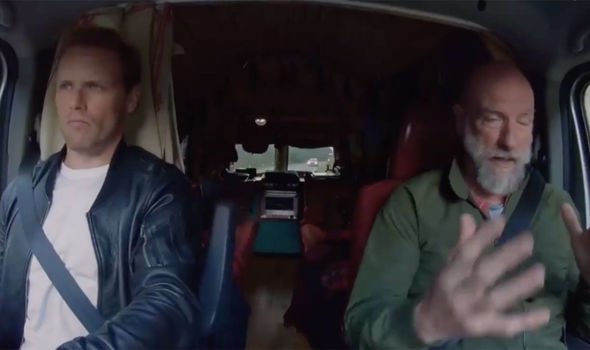 The feel-good show instantly became a hit with hundreds of viewers.

“Ok so… just to be clear,” began one viewer on Twitter. “@MenInKiltsSTARZ was absolutely fantastic. It was funny, informative and very entertaining!

“Sam and Graham are brilliant. Can’t wait for the next episode! #MenInKilts.”

A second agreed and mentioned to Sam: “Loved it Sam! So much fun!!! Can’t wait for more!!#MenInKilts.” 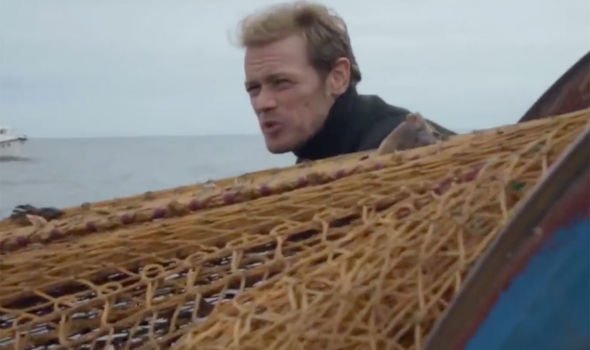 Another weighed in: “Watched the #MenInKilts premiere last night with my oldest–it’s our new thing. @SamHeughan and @grahammctavish were brilliant, and I can’t wait to see what shenanigans they get into next week!”

While a fourth echoed: “Watching #MenInKilts has me so ready to book a trip!!

“I love the food, and how they showcased my fave scotches: Laphroaig, Lagavulin, and Ardbeg!! I must go there!!#MeninKiltsStarz.”

And Graham has now hinted the series is only going to get better, hinting at some more hilarious back and forths with his Outlander co-star.

“There is a LOT more to come. Sport next week with lots of competitive shenanigans. Join us again for more kilted mayhem. @MenInKiltsSTARZ #MenInKilts.”

But what exactly could Graham be referring to as he teases the upcoming “shenanigans”?

Well, a promo for the series hints at what sports the two will be getting to grips with in the next episode.

In a split-second shot, Graham and Sam can be in their Scotland rugby jerseys, presumably at the national stadium, Murrayfield.

Sam is also shown getting to grips with a hammer throw.

While Graham looks like he’ll be enjoying a round fo 18 at a Scottish golf course.

Men in Kilts: A Raodtrip with Sam and Graham continues on Start in the USA on Sunday.

'Buffy the Vampire Slayer': Cordelia Was Supposed to Be Played by a Black Actress