Despite Megan Barton Hanson’s incredible figure attracting lots of attention on Love Island, the 25-year-old has opened up about her insecurities.

Megan dropped the bombshell on Tuesday’s night’s episode of The All New Monty: Ladies Night.

Taking part in one of the show’s games, the sizzling blonde was asked to stand somewhere between an unconfident and confident sign.

Surprisingly, the hot model opted to stand closer to the unconfident side.

Standing in front of the likes of Lisa Maffia, Danielle Armstrong and Laurie Brett, the Southend-On-Sea lass was asked by Ashley Banjo how she would feel right now if she was naked.

Explaining her answer, the reality TV vixen said: “When I pose on Instagram, half-naked pictures, stripping, I know I get a lot of love for that. I get likes for that, I get paid for that.” 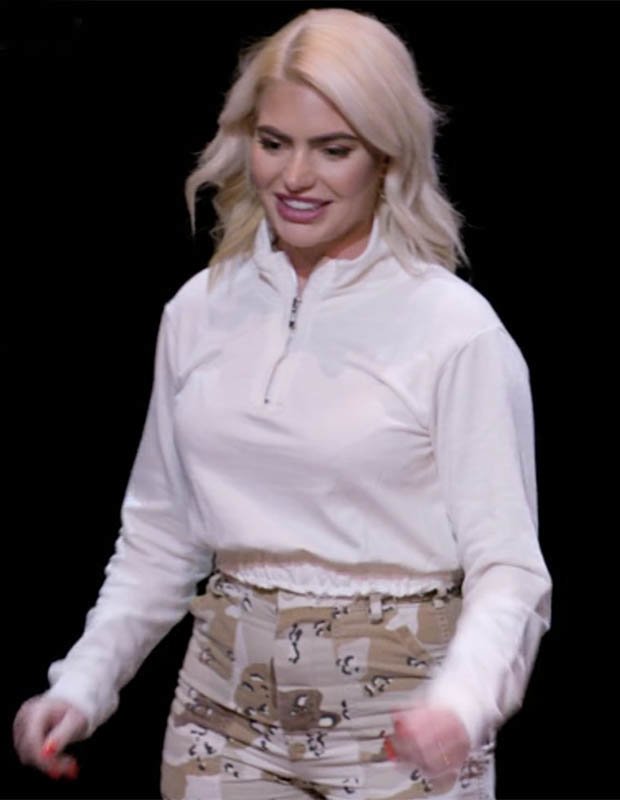 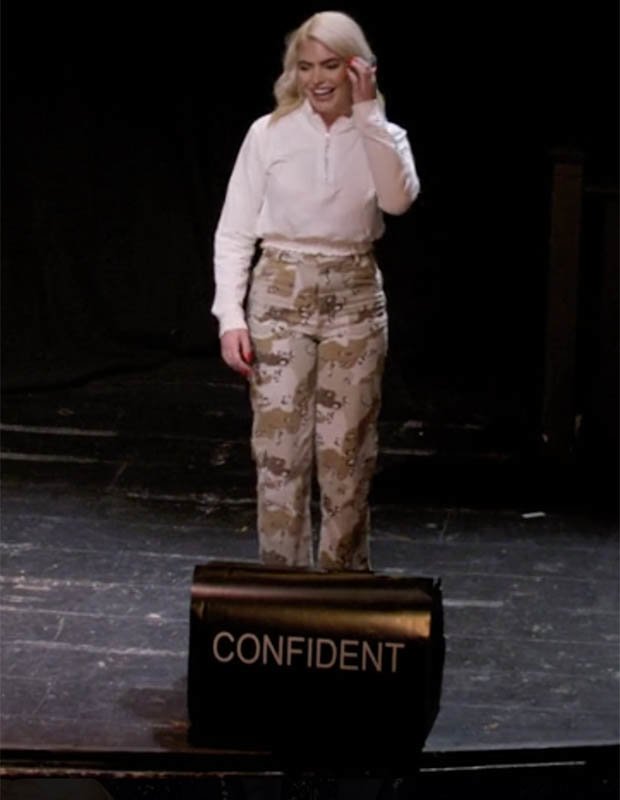 Spilling all about what makes her uncomfortable, she shared: “Me standing here fully clothed, just my personality laid bare – I’m not so comfortable with.”

Speaking directly to the viewers after the experience, she told the camera: “That was so nerve-racking. To stand up there and be so honest and vulnerable and say, ‘You know what, I don’t feel confident about myself.’”

Being true to her word about being more confident, Megan later performed a tantalising striptease alongside her co-stars Victoria Derbyshire, Laurie Brett, Coleen Nolan, Lisa Maffia and Danielle Armstrong.

Stripping topless, the aim was to encourage women to examine their breasts and have regular cervical smear tests. 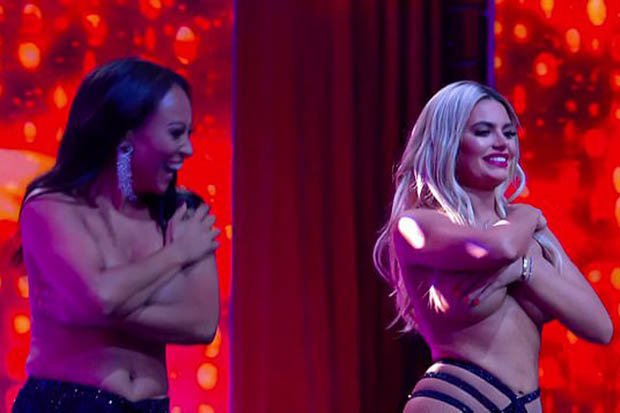 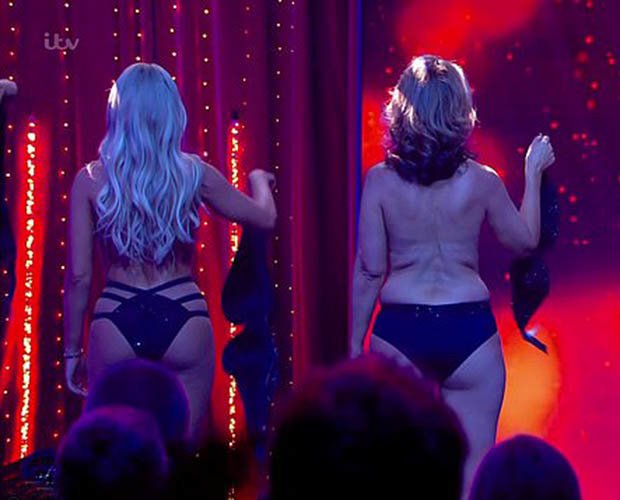 With some of the stars talking out about their own experiences of cancer, tennis ace Martina Navratilova opened up to Coleen Nolan about her battle with breast cancer.

The 62-year-old emotionally told the Loose Women presenter: “I found out it was DCIS which is not the worst kind. Sometimes I feel like I lucked out, I had the good cancer.”