Love Island finally kicked off last night and for the first time since the show began earlier this month, there was heckling, arguing and lots of sly comments thrown between the contestants.

And it seems the drama is not dying down anytime soon, as a scene from the end of last night’s episode sent fans into absolute meltdown.

The explosive preview for tonight’s instalment of the reality dating show saw Michael Griffiths and Amber Gill going wild over an unexpected kiss between two other islanders.

Fans saw Michael and Amber sitting on two bean bags together on the grass looking into the distance and watching the romantic moment happen.

Looking at one another and then back at the culprits, they started flapping their arms and legs, with eyes and mouths wide open in utter surprise.

And their huge reaction has received thousands of fans to speculate the identity of the kissing contestants.

Some have suggested Yewande Biala was locking lips with Danny Williams, while others are convinced new girl Maura has got heartthrob Tommy wrapped around her little finger.

Taking to Twitter to comment, one said: “Wonder who was caught kissing? Can’t wait for the reveal tonight, I’m thinking Yewande and Danny. #LoveIsland.”

Another wrote: “It’s definitely Maura and Tommy that was caught kissing #LoveIsland,” whilst someone else commented: “Bro, it better be Yewande caught kissing. Strange feeling it’s gonna be Tommy and Maura though #LoveIsland.” 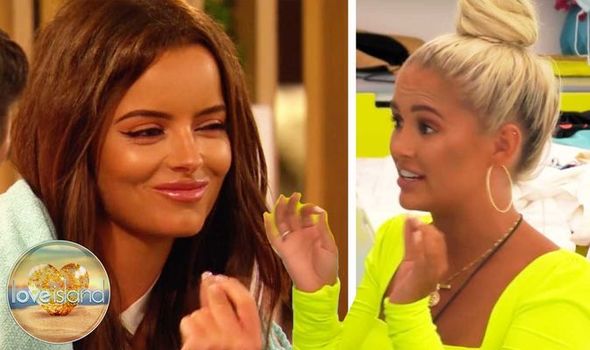 It comes after Maura waltzed into the villa last night with fellow newbie Elma Pazar, and the pair were sent on a string of dates throughout the course of dinner that evening.

They quickly riled up the female islanders who were watching them like hawks from the terrace.

Those watching the dates at home were sent into an absolute frenzy by Maura’s behaviour, especially in relation to her starter date with professional boxer Tommy.

Molly-Mae Hauge is currently coupled up with Tommy, but since the arrival of ring-girl Maura, Tommy’s head has been “turned 560”.

Discussing her date to the Beach Hut camera, Maura said: “Yes, they’re in a couple and I don’t want to step on anyone’s toes. But if he wants me, what am I going to do?” 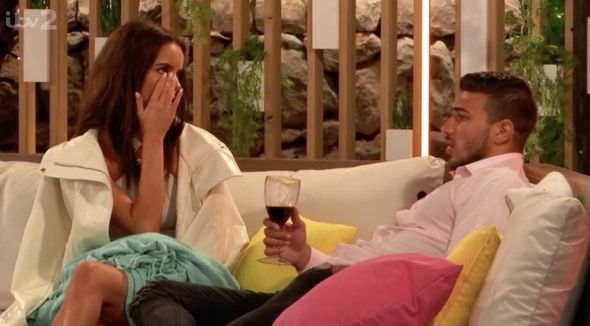 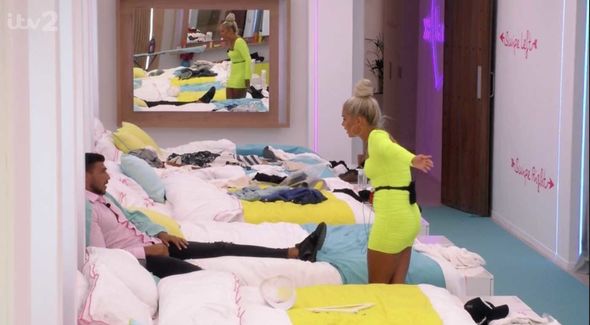 Who do you think shared a kiss?

The following scene saw Maura and Tommy cosy up to one another on the swing seat, where he confirmed he was now confused about his feelings for Molly-Mae, who was left ranting to Anna Vakili.

The episode did not end well for Molly-Mae who was left sleeping alone in her bed whilst Tommy spent the night outside on the day bed alone.

It seems the tension only intensifies in tonight’s episode following the preview clip as Molly-Mae and Maura are seen sitting together outside by the pool discussing their relationship with Tommy.

But with a recoupling looming, who will Tommy choose?

Love Island airs Sunday to Friday at 9pm on ITV.