The 31-year-old restaurant boss from Manchester beat finalists Alexina Anatole, 30, and Mike Tomkins, 27, to become the BBC show’s 17th winner. Viewers had to wait until last night for the result after transmission of last Friday’s scheduled final was delayed by the death of Prince Philip. Tom said his win was “a dream come true”. He added: “I’m grateful that I met, got to know and cook alongside some of the most wonderful and talented people, and have found friends for life in them.

“I feel this is just the start, and I’m excited for what comes next.”

Judge Gregg Wallace said: “I love this fella. He is a phenomenal talent and the sky’s the limit for him.”

His fellow judge John Torode added: “Tom walked into this kitchen and surprised us. He has defined himself a style all of his own and it’s fantastic. His food is delicious and it looks beautiful.”

Tom’s winning menu was a trio of oysters followed by a reverse-seared rib-eye steak topped with kombu (seaweed) pickled beetroot, baked beetroot cooked in beef fat, wasabi buttermilk and a watercress puree served with sake and bone marrow sauce. For pudding he dished up his version of a lemon tart. 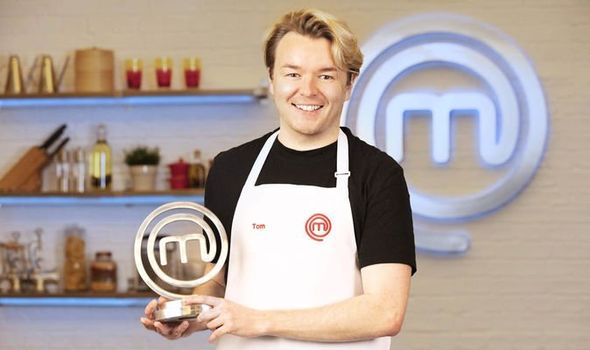 Gregg described it “as a work of absolute genius”. John said it was “flawless”.

Tom hopes to follow in the footsteps of Nigella Lawson and release his own cookbook.

'Dancing With the Stars' Cast Revealed for Season 29