Line of Duty fan outlines her theory for season finale

Fans are already at the edge of their seats waiting to find out the truth after tuning into series six of Line of Duty, which has been explosive. So many theories have been circulating about who H is and who else might be corrupt. Hopefully all will be revealed in the concluding episode, but Steve Arnott actor Martin has dismissed one theory as being “totally wrong”.

The assumption makes sense, after all, Patricia is adamant on ending Ted Hastings’ (Adrian Dunbar) career and investigations into the Organised Crime Group (OCG).

Eagle-eyed fans have also picked up on some suspicious clues.

Taking to Twitter, one viewer posted recently: “We all know Patricia Carmichael is H. Jimmy Lakewell said ‘look beyond the RACE CLAIM to find H’. 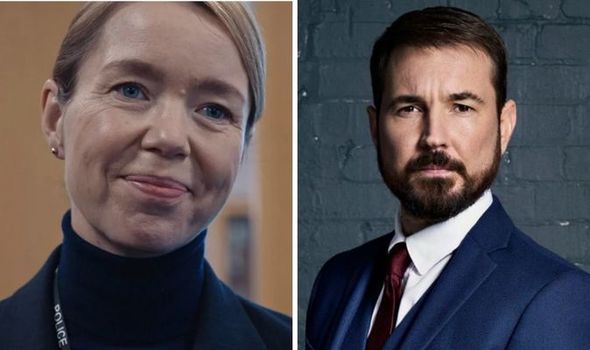 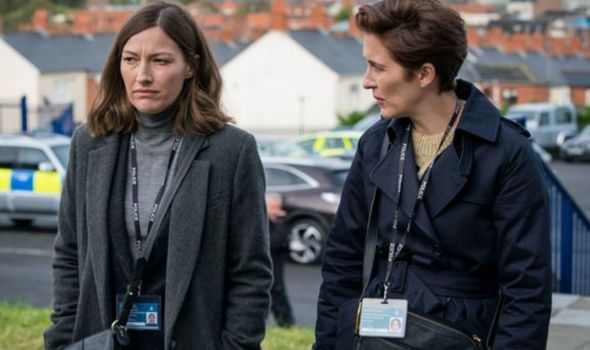 Another added: “Carmic-H-ael. Just saying. #LineOfDuty,” as a third posted: “Carmichael is so bent, I swear she is H #LineOfDuty.”

“As a newbie to the #LineOfDuty party I just want to note that Carmichael tapped her pen four times. Seems suspicious, just saying,” another wrote.

But Martin has quashed this idea. Talking about the various theories on The Jonathan Ross Show recently, Martin suggested himself that Carmichael is not H.

He said: “Do you know what I love about that one? It’s so spot on, but that line never got said. 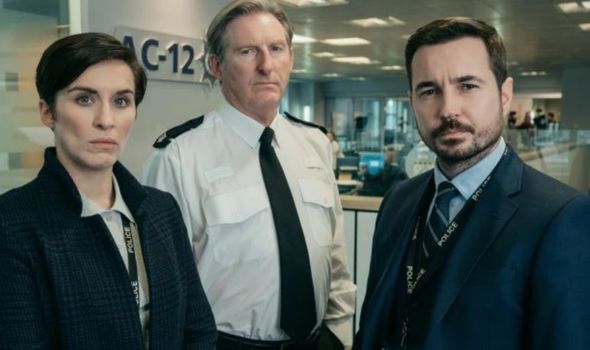 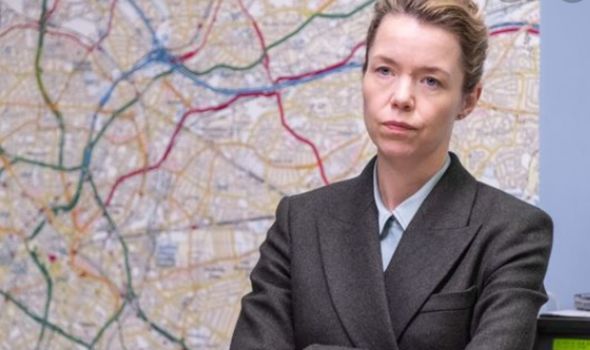 “[It] blew my mind. Jed [Mercurio, writer of Line of Duty] said, ‘No, that line never happened’.”

Carmichael has been among the most popular guesses for H, but currently Philip Osbourne is the most likely, according to betting companies.

A YouGov poll found 22 per cent of Line of Duty fans believe the Chief Constable (Owen Teale), is the bent copper AC-12 are after.

He definitely fits the criteria, being a ‘high ranking officer’. In the most recent episode, Superintendent Ted Hastings had his own suspicions and asked Jo Davidson (Kelly Macdonald) if Osborne was the ‘fourth man’.

Fans also suspect that Osborne’s ‘enemies within’ speech during the closing montage may be another hint.

Marcus Thurwell’s (James Nesbitt) name has also been thrown into the mix of potential “suspects”.

A recent episode saw the net seemingly close in on Marcus, as he just kept cropping up in the investigation.

But the ending led AC-12 to believe Marcus had been found dead in Spain.

It’s been theorised though that it’s possible that Marcus is alive, and the fake death could all be part of a plan.

While watching police in Spain storm Marcus’ home through live footage, the team found out that two bodies had been found inside the property.

Information given to DI Steve Arnott (Martin Compston) in a previous episode confirmed that Gail Vella had been looking into the death of Lawrence Christopher in police custody – a case headed at the time by Thurwell.

With Carmichael now apparently out of the picture as a potential for H, could it prove to be Thurwell or Osbourne?

Or will the writers throw the audience off completely with a new name?

There isn’t long to wait. All will, hopefully, be revealed in Sunday’s episode, the last of series 6 and potentially last episode ever.

Line of Duty continues on Sunday at 9pm on BBC One.