The nation’s funny man Rowan Atkinson has made his long-awaited return to screens with an all-new Netflix comedy series, Man vs Bee. The actor opened up about filming the “very visual” series as well as the serious reason he had to stop filming.

After gaining worldwide recognition and acclamation for his portrayal as Mr Bean and his starring role in Johnny English, fans were thrilled about Atkinson’s huge comeback.

In the series, he plays Trevor Bingley, a recently divorced father of one, whose life seems to be on a downhill spiral.

However, things begin to look up for him, after he lands a new job as a housesitter, with the pretty straightforward role of housesitting mansions while the homeowners are away.

After entering the luxurious home, Trevor is followed by a persistent bee, which results in a brutal war. 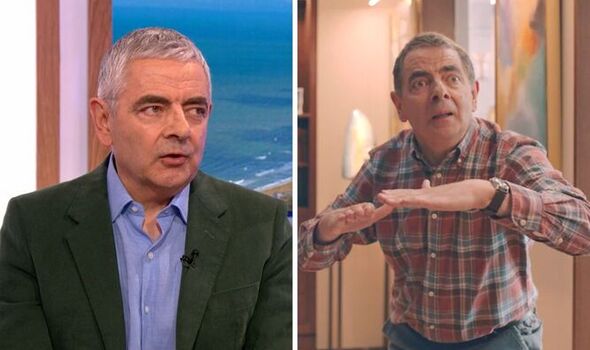 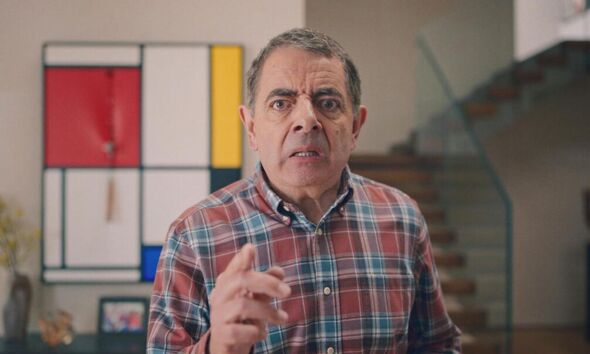 Atkinson joined Angela Scanlon and Jermaine Jenas as a guest for Wednesday’s episode of The One Show.

Sharing what to expect, the actor stated: “It’s largely visual because it’s just Trevor in the house with a bee and the bee doesn’t talk, it is a very visual thing.”

“The real problem he has is his obsessiveness, he gets obsessed with a bee.” 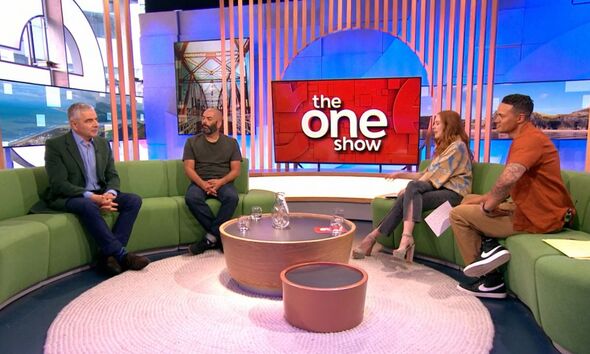 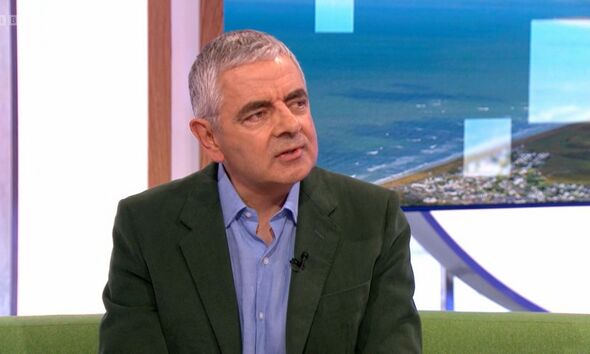 The 67-year-old also lifted the lid on creating the series, to highlight the difficulties he encountered.

He admitted: “It was hard work because we were making it during COVID-19 and anyone who has tried to make a TV show in the last couple of years it’s challenging and expensive.

“Someone who had been working with me got Covid in the middle of our shoots so couldn’t shoot for two weeks.

“And then you’re suddenly spending longer than a month, so if you want to shoot movies during Covid, you’ve got to have a lot of money, it’s not a good time to make cheap-low budget movies.”

Trevor’s obsession with the bee leaves him in some major trouble and he is forced to face a judge for his actions.

After knocking over a precious statue while trying to keep the bee away, he ends up with 14 counts of dangerous driving, destruction of priceless artwork, and arson.

During his appearance on The One Show, Atkinson confessed: “I’m always glad when it’s over.

“I don’t really enjoy the shooting, I enjoy the scriptwriting, we spent two years trying to write the thing and compose the thing.”

The comedian added: “I enjoyed the postproduction and the bit of shooting I got quite stressed about.

“I’m always convinced whatever I have done, I haven’t done as well as I could.”

As well as the bee, actors Jing Lusi, Julian Rhind-Tutt, Greg McHugh, India Fowler, Claudie Blakley and Tom Basden, are expected to make an appearance on the show.