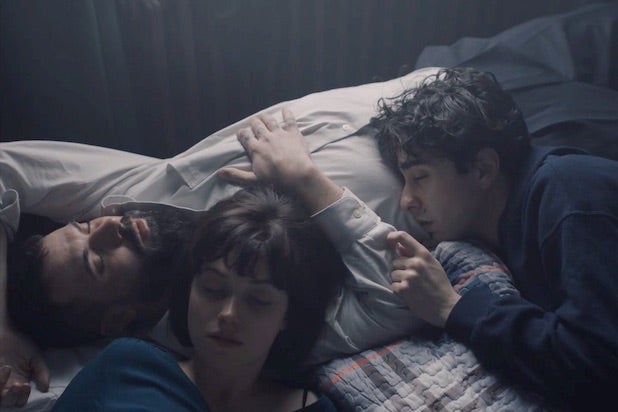 “Castle in the Ground”

The festival also unveiled its lineup of Canadian films, which will include new work directed by Atom Egoyan, Louise Archambault, Ellen Page and Amy Jo Johnson, and starring Felicity Huffman, Imogen Poots and David Cronenberg, among others. And it announced participants in industry programs and the Canadian honorees in its annual TIFF Rising Stars showcase.

The films were spread across eight different sections of the Toronto Film Festival, some of which have yet to announce their non-Canadian programming.

Canadian documentaries include Alan Zweig’s “Coppers,” Yung Chang’s “This Is Not a Movie” and Ellen Page and Ian Daniel’s “There’s Something in the Water.”

Governors of the 2019 TIFF Filmmaker Lab will be producer Elwes, writer-director Rozema, acting coach Miranda Harcourt and director Wang. Twenty directors, 10 from Canadian and 10 from around the world, will participate in the four-day program and will interact with a variety of artists and film professionals. The festival is also announcing the first TIFF Talent Accelerator, a year-long program for six Canadian female creators – two directors, two producers and two writers.

The festival also announced a slate of Canadian short films, as well as the finalists in Telefilm Canada’s annual Pitch This! Competition, in which six filmmaking teams have six minutes to present their ideas to a live audience and jury, with the winning team receiving $15,000.

The festival will run from Sept. 5 through Sept. 15.

Additional information can be found at the TIFF website.

SPECIAL EVENTS
“David Foster: Off the Record,” Barry Avrich *
“One Day in the Life of Noah Piugattuk,” Zacharias Kunuk

TIFF DOCS
“Coppers,” Alan Zweig
“This Is Not a Movie,” Yung Chang
“There’s Something in the Water,” Ellen Page, Ian Daniel

X Factor: Celebrity's Try Star admit rugby pals are 'jealous' of their success as they're overrun with racy messages