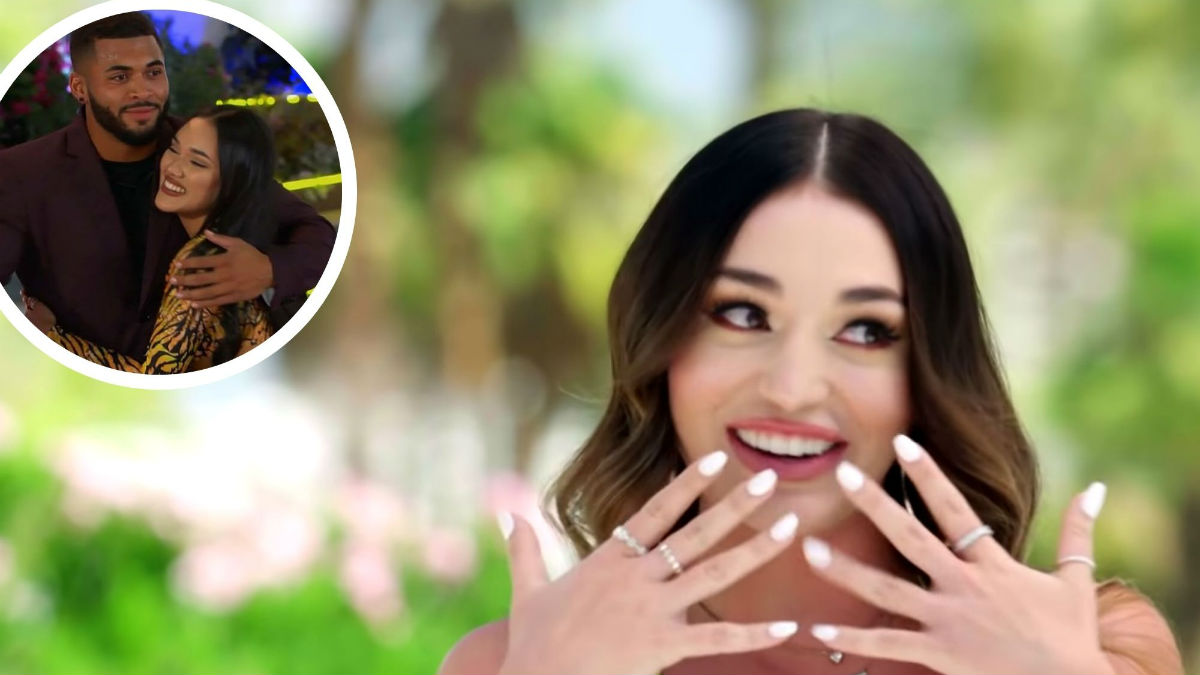 The brunette bombshell was introduced during the infamous Casa Amor twist. Mercades came in hot, making it clear that The Villa ladies should be worried about their men. She had her eye on Johnny and went all in to get his attention.

Although Mercades and Johnny had some steamy make-out sessions, in and out of challenges, he ultimately decided Cely was the one for him. It came across onscreen as though Mercades was coming on super strong to Johnny. She is setting the record straight, insisting that was not the case.

Mercades was ultimately eliminated when she was not chosen by Johnny or Carrington Rodriguez, who also expressed interest in her.

Johnny pursued Mercades not the other way around

In an interview with Entertainment Tonight, Mercades declared Johnny essentially claimed her the second she walked into Casa Amor.

“Yes, from the beginning. I just felt like, ‘Okay,’ like, I didn’t even know how to take it,” she said. “That’s how strong he was coming on. I had to tell him like, ‘You better be up front with Cely. She needs to know.’”

Mercades also shared that the attention she received from Johnny, made the other females at Casa Amor uncomfortable.

Faith Tyrell, who also didn’t get picked, agreed Johnny was the one who did the pursuing. She said that Johnny came on to Mercades so strong that the other women felt like they couldn’t or shouldn’t talk to him.

You know what to do. Discuss… 😳💭 #LoveIslandUSA

You know what to do. Discuss… 😳💭 #LoveIslandUSA

When Mercades started paying attention to Carrington, she claims Johnny would make snide comments at her. Even though Johnny said he wanted Cely, Mercades said he became jealous of her and Carrington’s brief flirtation.

In it for the game

Mercades was not surprised that Johnny downplayed his attraction to her when talking to Cely. She knew Johnny would never be honest and admit to Cely what truly happened between them.

“I think he’s honestly in it for the game. He’s super fake, and I will be expecting him to slide into my DMs, so y’all will know that,” Mercades stated.

While she does think Johnny’s feelings for Cely are real, Mercades doesn’t believe it will last. After all, his head turned way too easily when Mercades arrived on the scene. Simply put, she feels Johnny wants to have his cake and eat it too.

Cely was already upset to learn Johnny cuddled and kissed Mercades in bed. Imagine what will happen when Cely finds out there is a lot more to the story than Johnny is telling.

Mercades is speaking her truth about what happened with Johnny during her time on Love Island USA, and it is not making him look good. She certainly makes it appear as though Johnny is playing Cely.

What do you think is Johnny playing Cely, or is he for real?

Love Island USA airs Monday-Friday at 9/8c and Saturday at 8/7c on CBS.

FBI: Most Wanted Director 'Furious' to Learn After the Fact That Crew Member Tested Positive for Coronavirus